Independent research carried out for FIFA by Nielsen predicts World Cup revenues would rise from £5.3billion to £8.6billion; It is estimated that each of FIFA's 211 member associations would receive an extra £12m over every four-year cycle 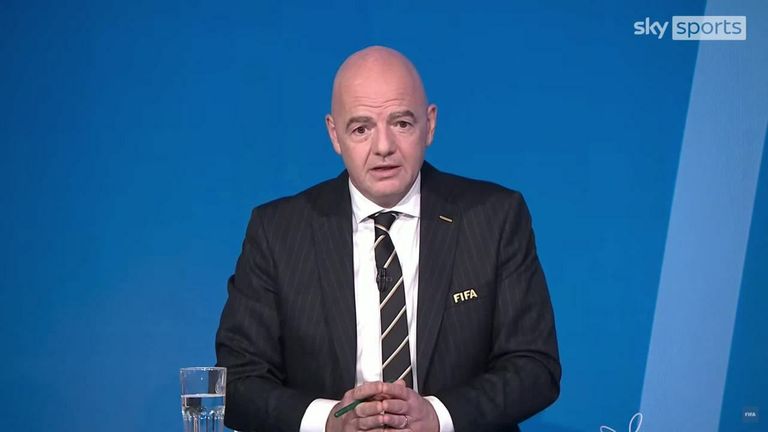 FIFA President Gianni Infantino says the 'young generation' want a World Cup more often, amid plans for the tournament to be held every two years.

FIFA’s member associations have been told at Monday’s global summit that a World Cup every two years would make football £3.3billion richer over every four-year cycle.

Independent research carried out for FIFA by Nielsen predicts World Cup revenues would rise from £5.3billion to £8.6billion due to increased revenue from media rights, sponsorship and gate receipts.

Some 133 of these 211 associations have never played in a World Cup finals.

FIFA believes a biennial World Cup would increase the quality of international football around the world and allow more opportunities for teams and players to play in the tournament.

Research carried out by OpenEconomics for FIFA also predicts a biennial World Cup would boost global GDP by £136billion over a 16-year cycle and create two million full-time jobs.

"There is a lot of opposition (to biannual World Cups) but there are also a lot of voices in favour," Infantino said. "FIFA is a global organising body so for this season we need to try to combine all these different points of view.

"The World Cup every two years is just only part of the whole project. We are talking about the global match calendar in men and women's football.

"We cannot say to the rest of the world that 'football is global, give us your money and watch us on TV'. I understand that in some countries you have the World Cup twice per week because the best players play there. In some continents they don't see the best players in one lifetime. 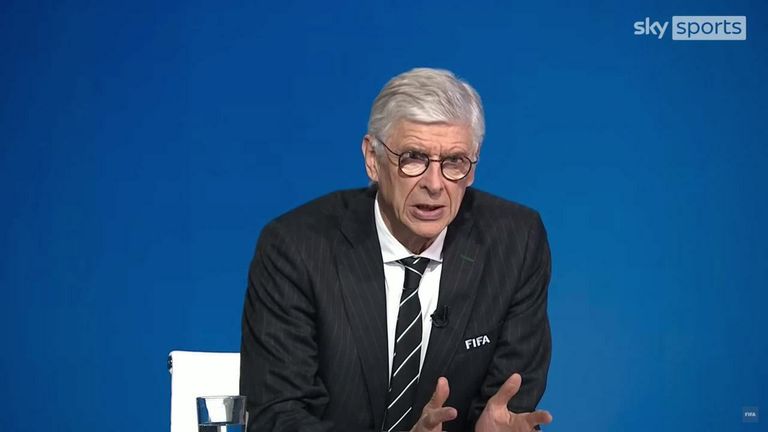 FIFA Head of Football Development Arsene Wenger says opposition to plans for the World Cup to be held every two years is 'emotional' and not based on 'facts'.

"Our study of over 100,000 fans in over 140 countries shows that the young generation want a World Cup more often. Our job is to look at everyone. My job is to reconcile the opinions of everyone and think about what is good for football."

FIFA and UEFA remained in opposite corners about the feasibility of a biennial World Cup after issuing reports with starkly contrasting conclusions on Friday.

UEFA warned of a "deeply negative outlook" for international football if FIFA's proposal is given the green light ahead of the world governing body holding its global summit with national associations on Monday.

FIFA's survey of supporters found a generally positive response for a more frequent World Cup tournament as long as player workload was not increased.

Sky Sports News' Craig Slater examines the state-of-the-art facilities in Qatar ahead of the 2022 World Cup, and the questions over human rights in the country.

However, more of the negative results came from Europe, where there was a minority (48 per cent) in favour of a biennial event and three major footballing nations - England, Germany and France - provided the strongest disapproval rating. Only 10 per cent of those surveyed in England were in favour.

Supporters from Africa (76 per cent in favour) and Asia (66 per cent) were most positive.

There was also a bias towards age in the FIFA findings, with younger age groups in favour of more World Cup finals and those aged over 55 most opposed.

UEFA's study was completed by consultancy firm Oliver and Ohlbaum, and the European governing body said the results were "alarming" and "raise severe concerns over the sustainability of the plan for European associations" as well as raising issues for other sports, a concern previously brought up by the International Olympic Committee.

Infantino also rejected the idea that the World Cup's prestige would be diminished by holding the tournament more often.

He said: "The prestige of a competition like the World Cup would not be undermined by being played more frequently. It's not that it is played less often that makes it more prestigious. It's prestigious because of the impact it has in the world.

"There are also 4billion people watching it. The studies show us very clearly that there would not be any problem for the World Cup in terms of its positive economic impact. There would be some clear and tangible benefits for the football ecosystem.

"The pie would be getting bigger, and that would allow us to invest more soundly in football all over the world."