Wigan advance to Papa John's Trophy semi-finals after 1-0 win over Arsenal U21 at the DW Stadium; Sutton reach last four after beating Harrogate by the same scoreline; Rotherham advance after 7-6 shootout win over Cambridge; Hartlepool prevail 5-4 on penalties against Charlton

Sky Bet League One leaders Wigan continued their fine form as they advanced to the semi-finals of the Papa John's Trophy with a 1-0 win at the DW Stadium on Tuesday.

Leam Richardson's Latics had to hold firm at times to keep a young Gunners side, including recent first team debutant Charlie Patino in the starting line-up, which beat Chelsea U21 4-1 in round three of the competition, at bay, with the visitors peppering the Wigan's goal with 17 attempts on a chilly evening at the DW Stadium. 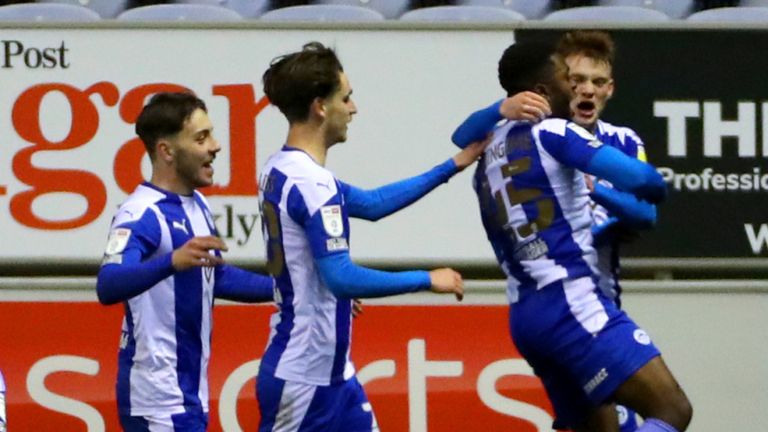 Highlights of the EFL Trophy match between Wigan and Arsenal U21's.

But the decisive moment came seven minutes from time, when Divin Baningime beat the offside trap to latch onto a long ball forward, hold off two Arsenal defenders and slot past goalkeeper Ovie Ejeheri to extend his side's stay in the competition and bring that of Kevin Betsy's side to an end. 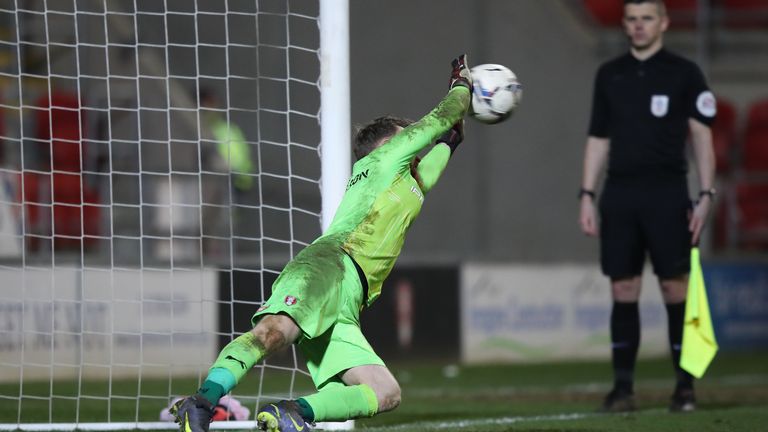 Highlights of the EFL Trophy match between Rotherham and Cambridge.

Joining Wigan in the last four are League One title rivals Rotherham, who prevailed 7-6 in a penalty shootout against Cambridge after an initial 1-1 draw at the New York Stadium.

Wes Harding scored the opener nine minutes in after connecting with Will Grigg's square ball from the left flank and sweeping home, but Paul Digby slotted in to level five minutes before the break.

Millers boss Paul Warne made four changes just after the hour mark in an attempt to kill off the game, but his side were unable to do so, with the lottery of the shootout required to settle the tie.

Both teams netted their first six penalties, and after Michael Ihiekwe dispatched his spot-kick for the hosts, Adam May's was brilliantly saved by Viktor Johansson to leave Cambridge disappointed. Highlights of the EFL Trophy match between Hartlepool United and Charlton Athletic.

It was a similar story at the Suit Direct Stadium, where Hartlepool came from behind to draw 2-2 with Charlton to force what turned out to be a successful shootout.

Joe Gray got the Pools off to a flying start when he charged forward and confidently lifted the ball up and over Craig MacGillivray, but two goals in 15 first-half minutes from Mason Burslow and Alex Gilbey turned the game in the Addicks' favour at the break.

A cracker from the edge of the box from Luke Molyneux meant the game would be decided from the spot, with Elliott Lee missing the crucial penalty to hand Hartlepool a 5-4 victory. 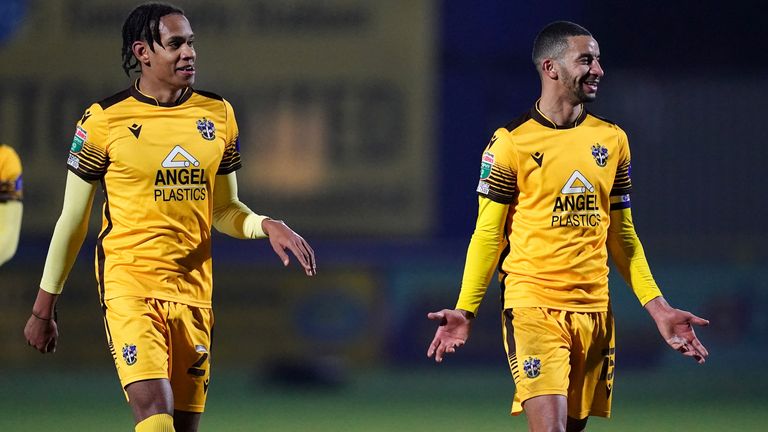 Highlights of the EFL Trophy match between Sutton United and Harrogate Town.

Meanwhile, Sutton's debut season as a Sky Bet EFL club grew more impressive as they reached the semi-finals at the first time of asking.

It was an often cagey affair as they welcomed fellow League Two club Harrogate to Gander Green Lane, but 10 minutes from time Craig Eastmond netted the only goal of the game with a lashed effort from an angle to send Matt Gray's men through.