Leigh Nicol interview: Taking control after intimate image abuse, educating others and the need for change

Leigh Nicol's decision to open up about being a victim of intimate image abuse one year ago has set her life on a different path. Now, she is working to educate others while challenging platforms – and the Government – to do more to ensure the abuse stops

One year ago, Leigh Nicol shared her story with Sky Sports. It was not an easy decision.

Warning: this piece contains sensitive issues that some readers may find triggering

Leigh had been the victim of intimate image abuse. An iCloud hack resulted in private videos appearing on adult websites. It was beyond her control. Life changed in an instant. 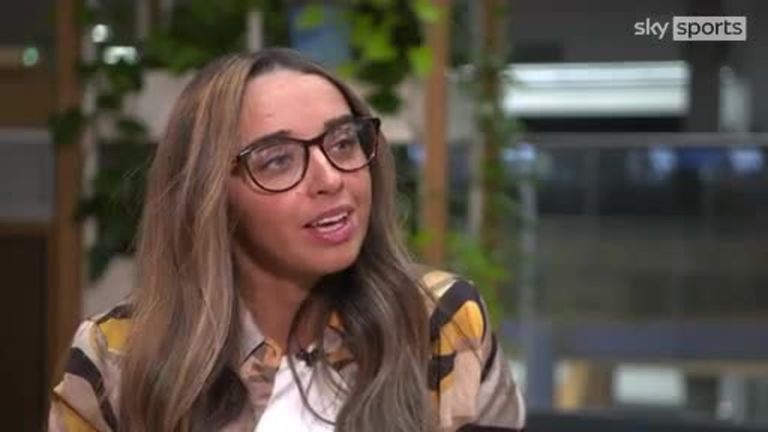 "It was all over the websites, it was all over WhatsApp chats and it even managed to hit the headlines of national newspapers worldwide," the Crystal Palace player tells Sky Sports. "Dealing with the aftermath was tough. You never expect to go through that. You think your life is over.

That experience in the spring of 2019 led to sickness, sleep deprivation, depression and dramatic weight loss. Her football career was put on hold.

"It is something nobody can prepare you for. You walk into rooms where people laugh at you."

One year on, she is in a much better place. This time, her Sky Sports interview is in front of the cameras. Self-belief is returning. Speaking out helped.

"I don't think I had another option other than to use my platform. For the best part of two years I wanted it to go away, I wanted to hide away and I did not ever want to discuss it. I just thought it would go away naturally but the thing is that it never goes away.

"It was the final part of my healing process that I had my say on it. I wasn't this object that people said I was and I finally got to fight back a little bit.

"As soon as I did, it really helped me."

So too did the response.

"There has been so much more support than negativity. The football world has been the biggest part of my recovery and me having self-belief again. Being able to look in the mirror without feeling ashamed of myself and being disgusted and feeling really dirty."

Fellow women footballers at Crystal Palace and far beyond rallied around.

"The female footballing world is such an amazing community. No matter what badge you are wearing on your kit, everyone does pull together. I am very fortunate. That is what the football world do really well. We come together. That is the beauty of a team sport."

With her colleagues in the men's game, it took longer.

"I have friends in the men's game so I know what went on in their group chats, I know how I was spoken about. That was not nice.

"Since speaking out with Sky Sports a year ago that attitude has completely changed. From the male footballing world, in particular, when I walk into rooms now I feel so much respect. It is completely different now that I have spoken out and told my side of the story."

Awareness has taken Leigh on a journey she could not have anticipated.

Media lawyer Matt Himsworth reached out upon reading her story. "He has represented a lot of female athletes and celebrities who have been through similar. His job is basically to protect them on Google and get articles and images taken down."

Leigh wanted more than that.

"I wanted to work with him. I made a career change off the pitch, which was a difficult decision because I was a coach away from being a footballer and I loved that, but I think your path sometimes changes in life.

"Matt was able to offer me a platform with his firm B5 consultancy where I could go to clubs and share my story. What the support gave me was the confidence to decide there is more that I want to do about this.

"I want to educate people."

There have been Zoom calls with the New Zealand men's and women's cricket teams, conversations with WSL academy sides, but much of the work involves in-person seminars within Premier League and EFL academies.

It was a huge step.

"Every time I walk in that room I get scared, I get nervous, because you never know if there are going to be some sniggers and some comments. But, at the end of it, I get the same feeling every time. It fills my heart with so much love.

"At first they are embarrassed because we are talking about sex and everyone giggles when the word is brought up, especially when you are younger. But afterwards, the respect that they have for me, I just love that.

"When an individual walks into the room you are like, 'Oh my goodness, they exist, they are a human being'. There is a huge stigma attached to victims of intimate image abuse that they put themselves out there and that is the lifestyle they wanted to live.

"Putting a face to a name does that. When you stand in front of these young lads, they are like, 'Wow, I have met her and she is not that person I thought she was. She has a personality, she has family and friends, and she has the same problems that I have in life'.

"I have to be as vulnerable as I can with them. Being as honest as I can with them is really difficult, especially in front of young people as young as 13. For them to be respectful and just listen is everything that I could ever wish for.

"I am living my dream in terms of the education side of it. But when it comes to the internet it is a lot bigger than just my situation. My story is one part of it. It is all about these lads being safe and adapting their behaviour online. I feel very strongly about it."

Emboldened, Leigh is pushing for change. 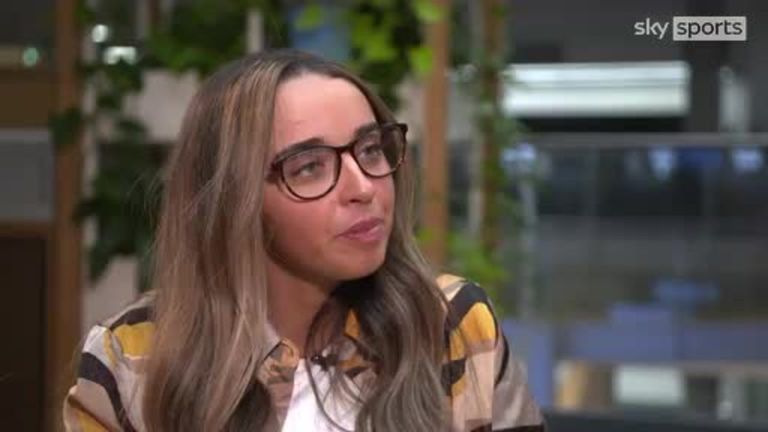 "I want justice for those who have not been through this yet and I want companies to be held accountable so that the world becomes a safer place online.

"I would like to see big platforms pay an interest and acknowledge that they need to make changes. That is not something that I can solve on my own. It depends on who owns these platforms and whether they have a heart and understand the pain they are causing.

They include her niece, 10, and twin nephews, eight.

"They are obviously so young at the minute but even now we are not too long away from me having to have that conversation with them.

"I am really scared about them being bullied over it.

"They have always looked up to me as the fun auntie. I would never want them to be subject to abuse because of me and my actions. It has always been a major concern. That is one part of it that will never go away until we get around to dealing with that part."

"I am abused every day online," she says.

"You revisit it every single day of your life. Every time I speak out it brings me more abuse, but I have accepted that now. It took a long time for me to be OK with that.

"I hold myself accountable for what happened because I think that is the only way I can move forward. I can never be angry at anyone else because if I had not made that decision it would not have happened, but I do hold a lot of anger within me that this crime was allowed.

"It took me a long time to realise that I was actually the victim of the crime that was committed. Now I am at the point where I know I did not deserve it but what can I learn from it? How can I educate others to ensure they do not have to go through it?

"I just need to utilise my experiences to help those who do not have a voice or a platform. It is not an isolated situation with me, unfortunately. There are thousands of others.

"When you receive messages from people just starting to go through it, it is heart-breaking. I feel their pain. All you can do is tell them to ride the storm. It will be OK.

"It is not going to be OK right now. I cannot tell people to just get over it. It will be a long time. It might be years before you feel brave again, without pain, before you can trust people again, when you are not looking over your shoulder. But it will be OK."

Football? That remains her passion. But there are other things now.

"It has made me a lot more resilient," says Leigh.

"If I am dropped or I am not playing, it is not about me anymore because that it a small issue for me in my world. If it had happened a few years ago, that would have been it, my life over, I have been dropped. Everything would have been rubbish. Now, I can deal with it.

"I can deal with anything."

Need support? Worried about someone? CALM's (that's the Campaign Against Living Miserably) helpline and webchat are open daily 5pm to midnight. Alternatively, you can get in touch with Samaritans on 116 123 - 24 hours a day, seven days a week.