Ralf Rangnick has defended the training methods he is using at Manchester United; He also says the players can see how much progress they have made since his arrival; United play Southampton on Saturday, follow the game on our live blog with match highlights shortly after full-time

The report from ESPN also claimed United's players were jokingly calling assistant Chris Armas, who is American, Ted Lasso, behind his back - and it is not the first story of discontent since Rangnick's arrival.

It follows disappointing results against Middlesbrough in the FA Cup and Burnley in the Premier League, leaving United with little chance of silverware this season and a slight dent in their hopes of a top-four finish. 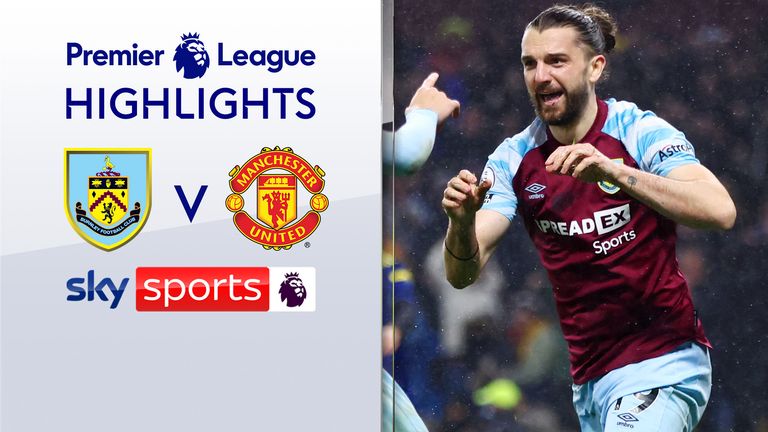 FREE TO WATCH: Highlights of Burnley's draw with Manchester United in the Premier League

Rangnick feels the team are taking great strides - and says that it is a result of the work he and his coaching staff are putting in on the training ground.

Asked what he made of the reports, he said: "Nothing to be honest, I have not read any newspapers and don't know about those articles.

"The way the team has developed over the past couple of weeks is obvious tactically, and that is because of the work we are doing in training - both on the pitch and in video analysis."

'The players realise there has been good development'

Rangnick also said the players themselves are aware of the progress they have made, but need to start delivering good performances across the full 90 minutes if they are to take the next step.

United have gone 1-0 up in both of their last two matches against Middlesbrough and Burnley, missing an abundance of chances in each game, and failing to react after an equaliser.

Rangnick hopes this can change with two challenging matches - Southampton on Saturday and Brighton on Tuesday - on the horizon in the league, with United now down to sixth after Arsenal beat Wolves.

"I think it is important that the players have realised that there has been a good development in the past few weeks, in possession and without the ball," he added.

"They realise that we controlled the game, but then if we conceded a goal, we should stick to the game plan and not lose our shape and lose composure.

"This was the most harmful part of it that we just didn't stick to that game plan, we didn't have the same positioning on the pitch.

"Hopefully in the next games if we have the same amount of opportunities, we score more than one goal. This is an issue, we have to be more effective."

Rangnick says it is "obvious" that Manchester United will need a new young striker this summer.

United have struggled for goals of late, with 37-year-old star man Cristiano Ronaldo failing to score in five matches in all competitions - his longest scoring drought since 2010.

Fellow veteran Edinson Cavani, who turns 35 on Monday, is out of contract at the end of the season, when interim boss Rangnick is due to start a two-year consultancy role with United.

Paris Saint-Germain boss Mauricio Pochettino continues to be strongly linked with the vacant Old Trafford role and, whoever the manager is, the current incumbent says it is clear they need to bolster their frontline.

Asked if the club would need a younger forward for next season, interim boss Rangnick said: "This is obvious.

"Edinson's contract is running out in the summer and the club needs the best possible centre-forward. This is an obvious one. I think everybody's aware of that."