The description one of Manchester United's senior players reached for was "intense - not just on the body but the mind. He wants you to think, think, think."

Erik ten Hag's first week on the grass with his new team has left quite an imprint on the squad and staff, while providing a detailed sketch of what he expects going forward.

The biggest changes multiple United sources have noted are how immersive the manager is during sessions and time spent with the ball during drills.

Ten Hag leads every element of training, which is a departure from recent history at Carrington. Ole Gunnar Solskjaer would watch on as Kieran McKenna, Michael Carrick and Mike Phelan conducted the workouts.

The nature of them was tagged as "basic" and "giving too much freedom with little correction." 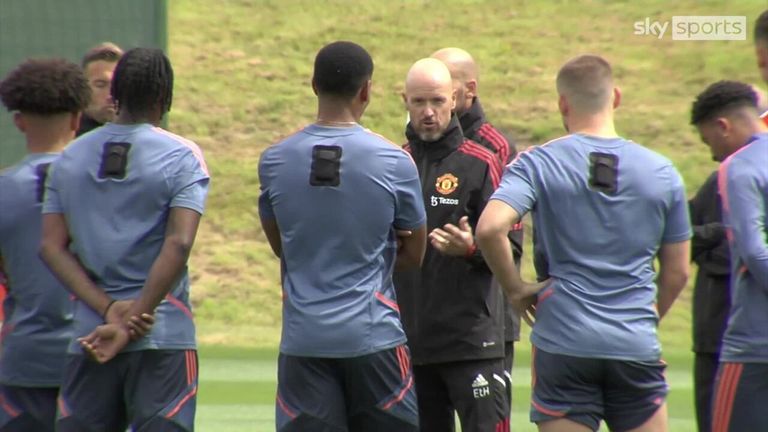 Chris Armas orchestrated sessions under Ralf Rangnick, which were "very jargon-heavy and focused on what to do without the ball."

Neither manager would regularly stop drills to ensure it was being done correctly, and for differing reasons, the authority of both was never concrete.

Those with an inside view of Ten Hag's first week of pre-season have flagged how he contrasts with his predecessors.

Assisted by Mitchell van der Gaag and Steve McClaren, there has been a heavy concentration on what to do in possession for a start. Ten Hag's deep analysis of United highlighted an issue of fear and uncertainty when on the ball.

The team could counter to devastating effect under Solskjaer, but there were no defined sequences and structure for build-up play.

Rangnick was obsessed with defensive work and how to manage a game when the opposition have possession, with less emphasis on constructing attacks.

Ten Hag is determined to have players comfortable on the ball and making decisions with surety.

The Dutchman steps in each time a directive is not carried out properly, guiding players through exactly how he wants it to be done.

"Not good enough. Give me the maximum," has been a repeated Ten Hag line, which is offset by the encouragement he offers when "the highest level" is achieved.

The manager is understood to be pleased with how the squad have embraced and adjusted to his demands, including the arrival time to the complex of 9am - which was previously only applicable to youth players.

Goalkeeper David de Gea is among those who have positively commented to staff about the improved discipline, standards and Ten Hag's "clear ideas."

The former Ajax boss communicates in a very direct way so while his sessions are intense they are easy to understand.

Meetings and talks with players beyond training-specific instructions have been kept light and introductory thus far to get the right foundations in place first.

He has also been enthusiastic on the pitches and in general around Carrington which has created an enhanced mood.

Ten Hag has eroded the misery that engulfed the place during Rangnick's reign, but has also "laid down the law" in a way that escaped Solskjaer.

Staff have been motivated by the early shape of Ten Hag's reign and feel he is already showing the coaching ability and improved dynamic they recruited him for.

The true test will come when the season kicks off, but there is belief that conditioning will be "streets ahead" of recent campaigns and United will have greater technical play and a clear tactical framework.

All the latest Man Utd transfer news, rumours and gossip...

Ten Hag ideally wants the bulk of United's transfer business completed before the squad flies out for their pre-season tour on July 8, with a basic agreement in place for Barcelona's Frenkie de Jong while a deal for Feyenoord left-back Tyrell Malacia is expected to be completed soon.

The club are strongly interested in Arsenal target Lisandro Martinez and have been doing due diligence on the situation.

Christian Eriksen is deciding whether to accept an offer from United or remain at Brentford - although there are other proposals on the table that he "remains open to."

The club are in talks over Ajax forward Antony, while the Dutch side have indicated they expect Jurrien Timber to stay in Amsterdam.

United have had the centre-half, who can also operate at right-back, on a shortlist of defensive targets.

Solicitor Tom Keane has been roped in on a consultancy basis to draft deals. 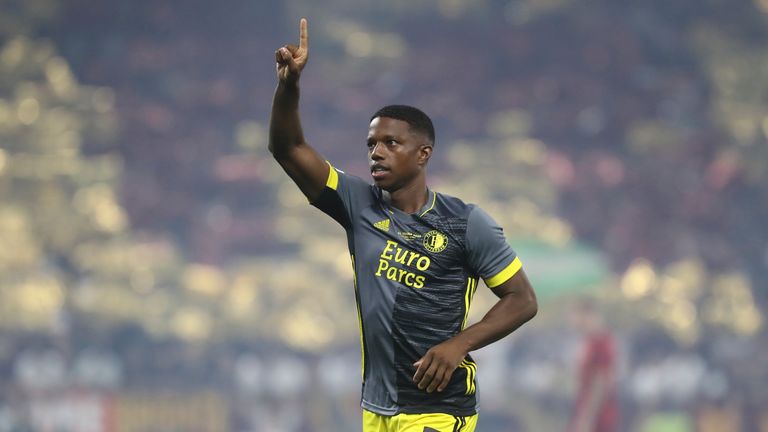