Man Utd are interesting in signing PSV Eindhoven winger Cody Gakpo for £35m; the 23-year-old forward is predominantly a left winger but can play up front; Gakpo has worked under the guidance of Ruud van Nistelrooy for many years

History has shown that Manchester United signing a promising Dutch forward can go one of two ways.

There could be the Ruud van Nistelrooy and Robin van Persie outcomes - two strikers who enjoyed immediate success from the minute they walked through the door at Old Trafford and are now considered cult heroes at United.

But then there is Memphis Depay and Jordi Cruyff, attacking players who arrived in the red half of Manchester as headline-grabbing marquee signings but could not replicate their previous successes and ended up on the scrap heap.

Spotify Due to your consent preferences, you’re not able to view this. Open Privacy Options

Thankfully for PSV Eindhoven winger Cody Gakpo, who Manchester United are ready for move for in a £35m transfer, he has experience of working alongside one of the strikers who had a more positive impact at Old Trafford.

Dutch football expert Marcel Van der Kraan brings perspective from the Netherlands on why Cody Gakpo is so highly rated in Europe, and why Erik ten Hag is so desperate to bring him to Manchester United

The 23-year-old has basically grown up alongside Van Nistelrooy in Eindhoven, with the former United icon, who scored 150 times for the club in five years acting as Gakpo's striker coach at PSV's academy.

Van Nistelrooy has tried to mould Gakpo into a ruthless striker similar to his own mould. Scoring the perfect, attractive finish is not part of the remit. Shoot hard and low past the goalkeeper has been the mentor's main message to the prodigy. A good goal is one that goes in, not one that looks pretty.

Van Nistelrooy was promoted to PSV's head coach role over the summer and while this season is in its infancy, the pair's player-manager partnership has got off to a good start. 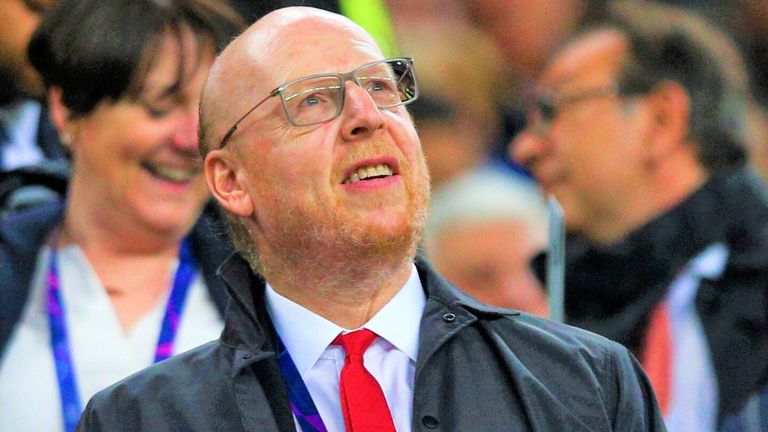 Gakpo scored twice on the opening weekend of the Eredivisie season while he also registered a goal and two assists in the 5-3 victory over Ajax in Holland's version of the Community Shield.

The only factor that separates Gakpo and Van Nistelrooy is their position. The latter was a traditional No 9 who lived and breathed the penalty box, while Manchester United's latest target's more regular position to date is on the left wing with a view to cutting inside.

Gakpo's positioning raises major question marks as to where he fits in at Old Trafford. United have plenty of wide options in Marcus Rashford and Jadon Sancho while Anthony Elanga, Facundo Pellistri and Amad Diallo have just hit their early 20s.

The comparisons with Rashford as a left winger who can play up front are very noticeable. Manchester United manager Erik ten Hag has backed the England international over the summer, with Rashford looking sharp in pre-season. But the Super Sunday defeat to Brighton on the opening weekend hints the 24-year-old's confidence is still low.

So with Gakpo being one year younger than Rashford, what does the PSV forward bring that's different to what United currently have?

Last season was Gakpo's best in a PSV shirt with 21 goals and 15 assists in all competitions. The 23-year-old featuring predominantly on the left, with cameo appearances on the right flank and up front.

Using Van Nistelrooy's finishing may be the main part of Gapko's game - the forward outscored his xG from last season - but his overall creative output is what stands out. No player aged 23 or under registered more assists per 90 than Gakpo. Only Barcelona's Ousmane Dembele and Bayern Munich's Thomas Muller managed more than the PSV man in the same category across all players in Europe's top five leagues.

Gakpo also ranked third in the Eredivisie's big chances created category and fourth in completed take-ons. "Gakpo is a tall player, with speed," Dutch football expert Marcel van der Kraan tells Sky Sports News. "He was voted Dutch Player of the Year by his fellow professional players and everyone in Eindhoven will be sad to lose him. He combines speed with a good left foot and skills.

"I always refer to Thierry Henry and Robin van Persie - he's not at that level yet. But they came into the Premier League as left wingers and were turned into strikers under Arsene Wenger and did very well. He is slowly being transitioned into a striker because he has had some good coaching from Van Nistelrooy."

While the Dutch Eredivisie is an inferior top flight to the Premier League - therefore making it difficult to see whether last season's performances in Holland can translate to English football - it is worth noting that Gakpo's performance in Europe were well above average too. 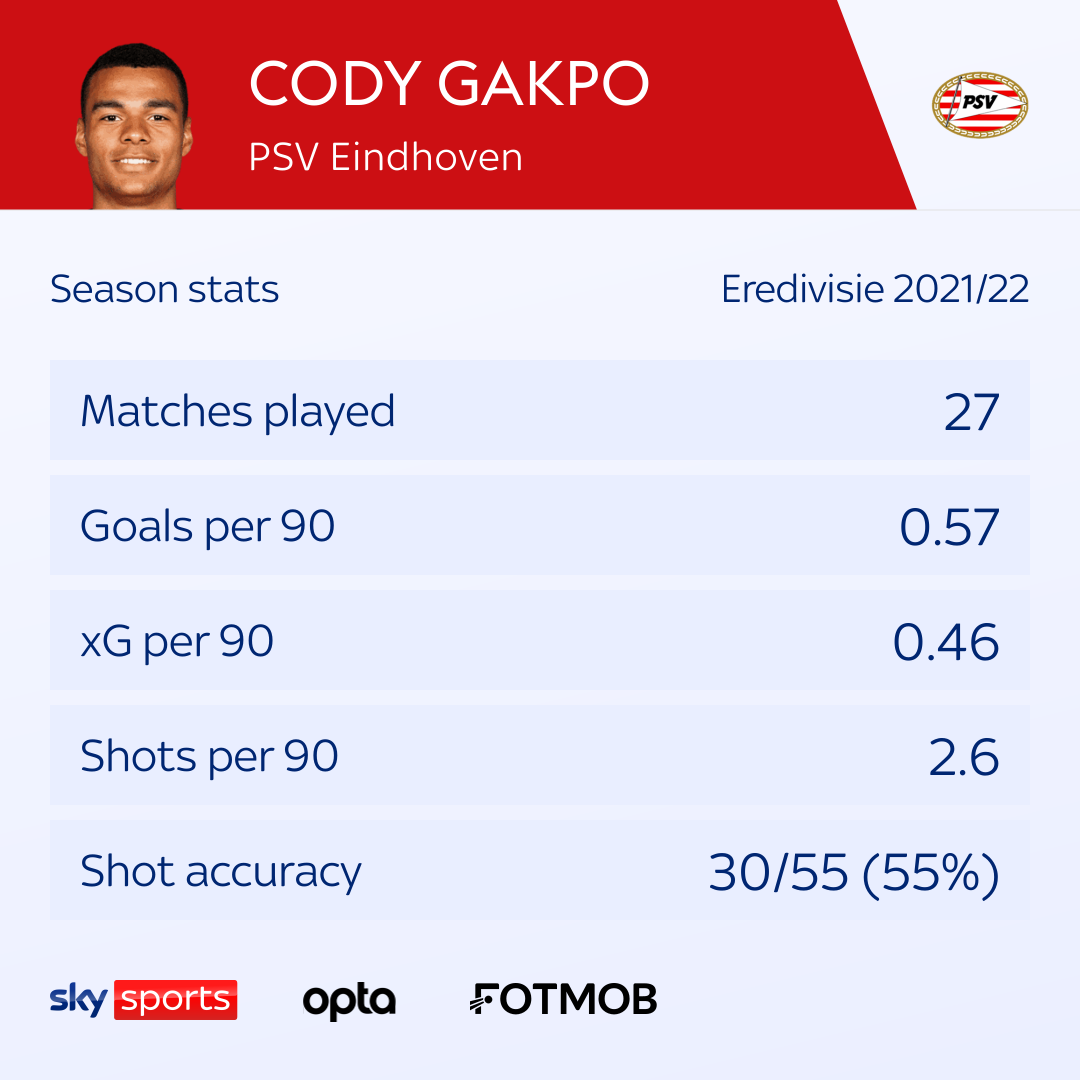 The forward scored seven goals in 14 continental matches as PSV were knocked out of the Champions League qualification rounds and Europa League group stage, before reaching the Conference League quarter-finals.

Yet there are some doubts, especially considering Gakpo is not United's first-choice forward target after failed moves for Ajax winger Antony and Bologna forward Marco Arnautovic. "He is the kind of player Erik Ten Hag likes because he likes to play with wingers," adds Van Der Kraan. "But for every Dutch player who goes to play in England, it takes time to adapt.

Should Gakpo move to Old Trafford, then along with Ajax's Lisandro Martinez and Feyenoord's Tyrell Malacia, Ten Hag will have taken players from each of Holland's big three to Man United this summer.

Together, some of the top figures in Dutch football last season will have to adapt to Premier League football. Yet the spotlight will focus on whether Ten Hag and Gakpo can combine in the same way the latter has with former Manchester United striker Van Nistelrooy down the years.