Marquinhos and Rodrygo missed their spot-kicks to ensure Croatia prevailed as Brazil departed; having been in charge since 2016, Tite's contract with Brazil was up after this tournament; Neymar said: "It feels like a nightmare. It's hard to believe this is happening" 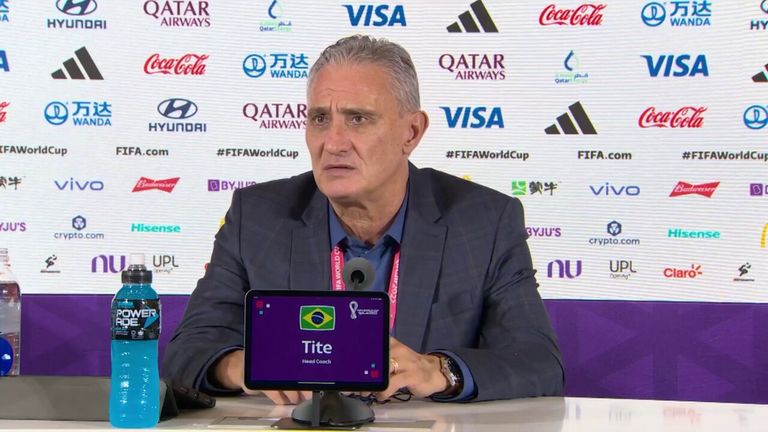 Brazil head coach Tite has left his role after their shock World Cup quarter-final exit at the hands of Croatia.

Croatia stunned the five-time world champions with a dramatic 4-2 penalty shootout win at the Education City Stadium to book a place in the World Cup semi-finals as the hot tournament favourites crashed out after the game ended in a 1-1 draw.

Croatia, who needed two shootouts and an extra-time win to reach the final in 2018, kept their composure as Brazil's Marquinhos and Rodrygo failed to convert, while Nikola Vlasic, Lovro Majer, Luka Modric and Mislav Orsic completed a perfect set of spot-kicks, ensuring progression to the last four of the tournament. "We eliminated the biggest favourites," manager Zlatko Dalic said afterwards.

Tite, who had been in charge since 2016 after replacing Dunga, had said in February it was always his intention to stand down after this tournament. 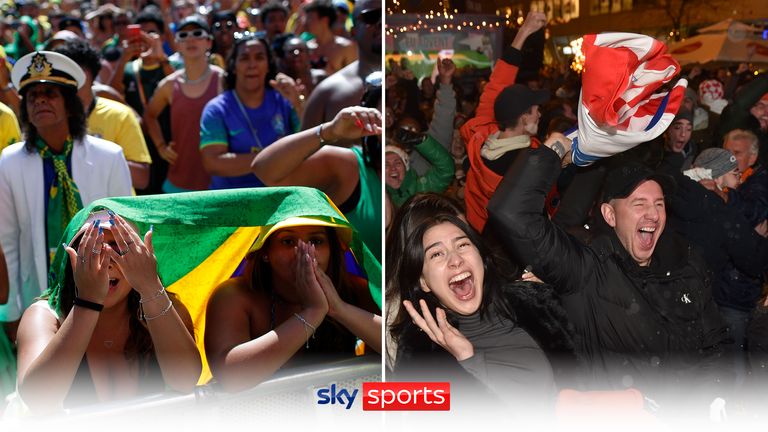 He said: "As I said, my cycle is over. I said it over a year and a half ago. I keep to my word. We shouldn't make a drama out of it as I said this one and half years ago. There are other great professionals that can replace me. There could be elements to analyse but the cycle is over."

Neymar tied Pele as Brazil's all-time leading men's scorer with 77 goals when putting his team ahead in extra-time.

But he was not among the four Brazil players to take a penalty in the shootout, instead reduced to tears on the field at Education City Stadium while the Croatians celebrated.

"It feels like a nightmare. It's hard to believe this is happening," said Neymar, who kept his future with the national team open after the defeat.

"Honestly, I don't know what's going to happen. It's hard to talk about it right now.

"It would be too hasty to come here and say that this is it, but I can't guarantee anything. I have to take some time to think about it. I'm not closing any doors, but I'm also not saying 100 per cent that I want to be back."

Brazil coach Tite said he had saved his best player to take the fifth penalty.

"That's the one with the most pressure, and he would be the player with the most quality and mental preparedness to take the shot," Tite said.

Where next for Brazil? 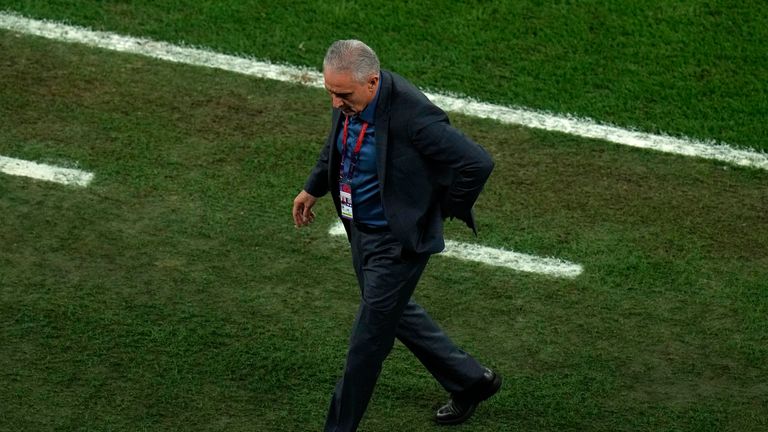 "It always feels like the death of a family member when Brazil go out of the World Cup, and they really felt their name was on the trophy this time. It's been a 20-year wait and it's now going to be 24. Yet again it's the knockout stages against a European team. That's the bar that they can't get over.

"Now, Brazil can be vicious and I wouldn't want to be in the shoes of the outgoing coach as he's going to be criticised for everything from even how he ties up his shoelaces. People will turn on him now as this is seen as failure. They've gone out to a nation with a population of 4.5 million people.

"There's more than 210 million Brazilians all thinking they could be a better coach. The knives will come out now as sadness gives way to anger. We won't be seeing the likes of Thiago Silva again, and even Neymar left his future in doubt before the World Cup.

"He said that it could well be his last one and he was inconsolable with sadness at the end. He's not thinking straight, he said, so he couldn't guarantee that he would carry on towards the next World Cup.

"It could well be that this was his last game for Brazil, in which he scored a magnificent goal to equal Pele's record as Brazil's all-time record goalscorer. The joy of this game was that questions were being asked like a tennis match. Croatia were helped by the fact that Richarlison clearly wasn't fully fit. He's the one who leads the press so it was easier for Croatia to come out.

"Brazil became frustrated but Neymar's goal was wonderful. The big question was then whether Croatia could come back. Brazil had brought on Fred to lock down the midfield but they were caught on the counter with just four minutes of extra-time to go. It's then a shame that an enthralling match was decided on individual errors in a collective sport like football.

"I'm sure Rodrygo and Marquinhos will be going without sleep for a fair amount of time."

It was prime-time Luka Modric. The one who can wriggle free of danger, execute laser-like precision passes and intelligently control the pace and tempo of games at will. We got to see the full repertoire of one of this era's greatest midfield maestros, in a game that was largely decided by the stubbornness of Croatia's middle third.

One moment of Neymar magic originally lit up the tie, equalling Pele's record as Brazil's all-time leading men's scorer (77) in the meantime, but otherwise Tite's side were found severely wanting. Relying purely on historic success is a fool's game. No one team, or nation, possess footballing immortality. Brazil have been eliminated from four of their last five World Cup quarter-finals.

Another unwanted record; they have simultaneously become the first side in World Cup history to be eliminated from a knockout match after scoring the opening goal during extra-time.

It's hard to understand how a side that dazzled so tantalisingly against South Korea on Monday, can come up so short four days' later. But that's tournament football.

Modric of course had the decency to console Real Madrid team-mate Rodrygo - who missed a penalty - at the final whistle.