Tottenham are interested in signing defender Antonio Rudiger from Chelsea.

The Germany international has been considering his future at Stamford Bridge having fallen down the pecking order among centre-backs at the club.

Frank Lampard has favoured the likes of Kurt Zouma, Andreas Christensen, Fikayo Tomori, along with Silva, but Chelsea have struggled defensively, allowing six goals in their opening three games.

It is thought the 27-year-old would consider a loan move away for more game-time ahead of the European Championships next summer, but Chelsea are unlikely to let any of their players join Premier League rivals on temporary deals.

Chelsea declined to comment when contacted by Sky Sports News but they rarely do business with Spurs. Carlo Cudicini was the last player to swap Stamford Bridge for north London in 2009.

Rudiger alleged he was racially abused during Chelsea's game at Tottenham last December. Both the Metropolitan Police and Tottenham found no evidence to support the allegation.

Speaking on Monday ahead of Chelsea and Spurs' Carabao Cup fourth-round meeting, Lampard warned that no assumptions should be made over Rudiger's future. 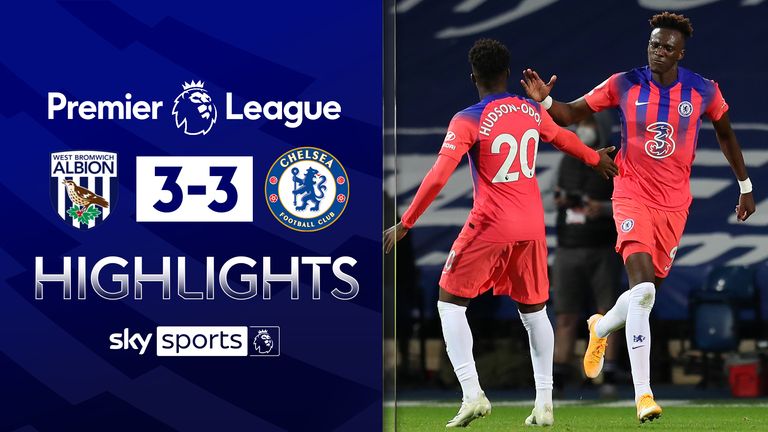 FREE TO WATCH: Highlights from West Brom's draw with Chelsea in the Premier League

Spurs have turned their attention to Rudiger given the high valuation of another target, Inter Milan's Milan Skriniar.

Chief scout Steve Hitchen made an enquiry about Skriniar on a trip to Milan last week, according to Sky in Italy.

Spurs are interested but there is a big gap between each club's valuation of the Slovakia international.

Rudiger, who has suffered significant knee and groin injuries since joining Chelsea from Roma in 2017, would appear to be fully fit, having played all 90 minutes in each of Germany's Nations League matches earlier this month.