Sam Allardyce on West Brom future: "I accept financial priorities would have to be addressed. What's left after that would be the discussion on the way forward"; Nuno Espirito Santo on Willy Boly: "After Covid everyone has to look at the after effects of Boly and many other players" 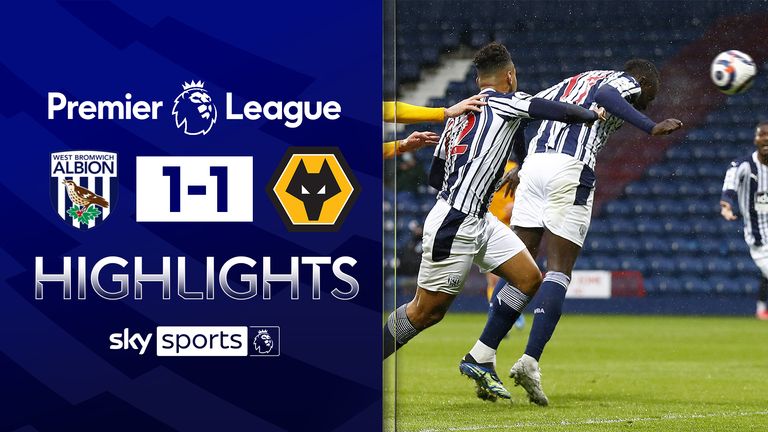 FREE TO WATCH: Highlights from West Brom's draw with Wolves in the Premier League

Sam Allardyce said an "open discussion" would be needed about the financial impact of relegation on West Brom if he were to manage them in the second tier next season.

The Baggies are not mathematically down but need a minimum of 10 points from their final four games, but would require at least one of the teams that they can still catch to miss out on winning any of their remaining matches.

Allardyce has never been relegated from the Premier League as a manager but was tipped by Jamie Carragher on Monday Night Football to bring them back should they fail to beat the drop, saying: "I can't think of anyone better to get them out of the Championship."

The 66-year-old, who brought West Ham up from the Championship in 2012, said he would need to understand the financial implications of a return to the second tier on the club before committing to stay beyond the end of this season. 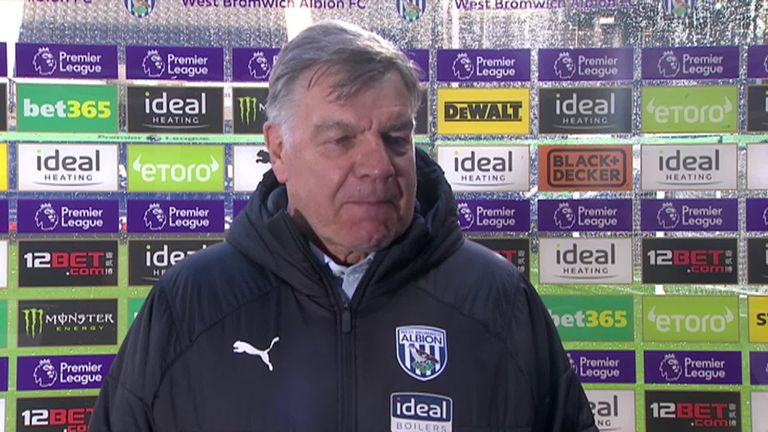 He said: "It needs a good, open discussion on what we would be starting with, the difficulties that are going to arrive from this club being relegated. Really, that would mean what financial difficulties will be the first priority for the club.

"I accept that, those kind of financial priorities would have to be addressed. What's left after that would be the discussion on what the way forward would be, and what good our chance would be of bouncing straight back.

FREE TO WATCH: Highlights from West Brom's draw with Wolves in the Premier League

On West Brom's performance against Wolves, which saw Connor Gallagher and Connor Townsend miss gilt-edged chances shortly after half-time, Allardyce lamented his side's showing in front of goal to leave them on the brink of relegation.

"You can't miss chances like that," he told Sky Sports.

"When you're in the position we're in, the first one's unlucky off the line, but the two chances after half-time, with only the keeper to beat, not to put those two in is a big loss for us today, a big three points missed.

"We can only hope the teams lose above us and we win four games on the trot." 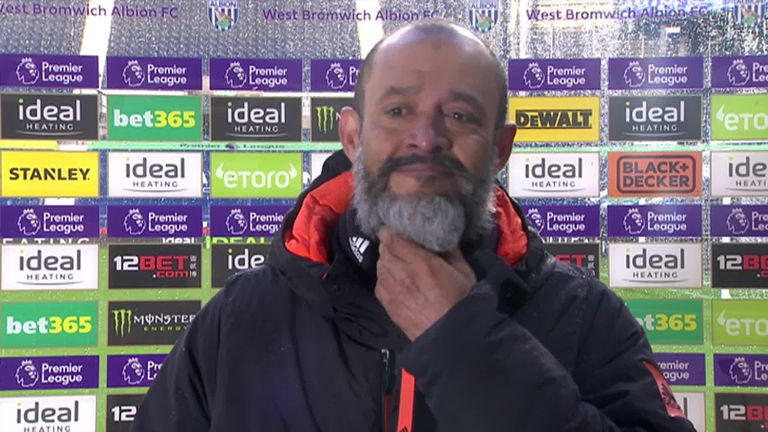 Nuno Espirito Santo revealed defender Willy Boly, who was absent from the Wolves squad altogether, is undergoing tests after suffering with the long-term effects of Covid-19.

He added that Boly was not in hospital, but had not been in the right condition to play and said the Premier League should be aware of the long-term effects of the virus on its players.

"He's in a tough moment. He was infected and this week he was not able to train," he revealed. "His heart rate increases very fast so we have to look. He's doing exams and analysis to see if there's any other issue. I hope not. I hope resting him and medically things will improve.

"After Covid everyone has to look at the after effects of Boly and many other players. We must be aware of that. His energy is not there. He feels tired and he's not able to sustain the level of training that we want."

Nuno picked a young side at The Hawthorns, including Owen Otasowie, Vitinha and goalscorer Fabio Silva, and was left content with the performance of his line-up given their hosts' recent improvement in form.

"I'm not totally pleased, but more pleased regarding what we wanted from the game," he told Sky Sports. "We controlled it from the beginning, had good moments.

"The only part was the beginning of the second half, when West Brom created problems, but for the rest of the game the attitude was magnificent."