Andy Carroll will not be back for a third season at Newcastle and is a free agent; the forward returned to St James' Park for a second spell in 2019, scoring once in the Premier League; Bruce: "I think Andy thinks it's time that he goes and plays"

The 32-year-old rejoined Newcastle in 2019 but scored just once in the Premier League from a total of 37 appearances.

With his deal up at the end of last season, and his No 7 shirt re-allocated to Joelinton, Bruce confirmed after Sunday's 1-0 friendly defeat at York that Carroll will be moving on.

"I think Andy thinks it's time that he goes and plays," Bruce told Sky Sports News when asked about Carroll's future.

"I wish him the best of luck with it, he's done well for me but I think he's got it in his mind that he wants to go and play somewhere and enjoy his last few years." 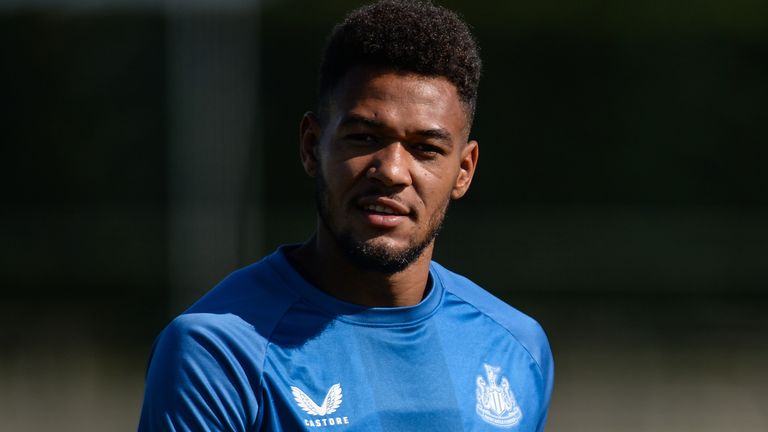 With under a month to go until the start of the new Premier League season, Bruce did confirm the club are working on bringing some new players to St James' Park.

There are set to be further outgoings too, with defender Florian Lejeune expected to complete a permanent move to Alaves, following a loan spell with the Spanish club last season.

"All of the decisions of getting a 25-man squad together is what it is all about now," Bruce added.

"All the work begins, we have got irons in the fire for two or three things and we will see what that develops.

"Flo Lejeune is away talking with the Spanish club where he was on loan last year so something might develop there.

"I am sure there will be a little bit of movement. The transfer market has been extremely quiet, and I expect it to be that way, but it will hot up a little bit I am sure."