Papiss Cisse spent four years at Newcastle United and is now eager to secure a return to the English top flight; the 36-year-old's contract at Fenerbahce ran out on July 1 and he declined the option to extend his deal there by a further year 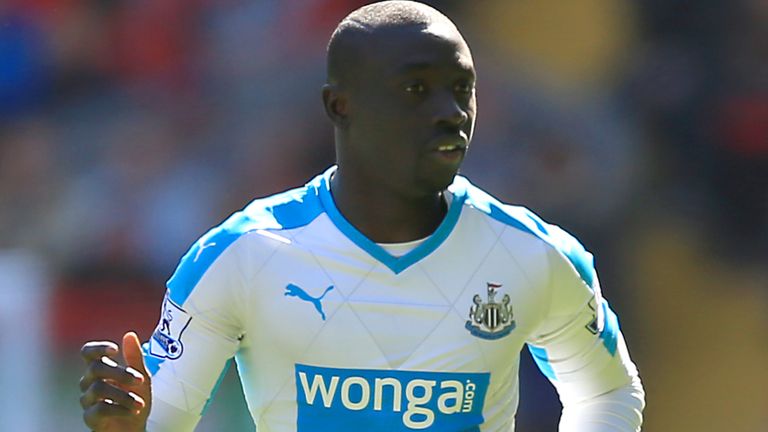 Former Newcastle striker Papiss Cisse says he wants to challenge himself in the Premier League again at the age of 36.

Papiss Cisse has told Sky Sports News he is "ready to play football in England again" five years after he left Newcastle United.

The Senegalese scored 44 goals in 131 matches in all competitions for the Magpies during his four years at St James' Park between 2012 and 2016.

After arriving from SC Freiburg in the 2012 January transfer window, the centre-forward immediately struck up a successful strike partnership with Demba Ba and the pair fired Newcastle to the Europa League qualification round with a fifth-placed finish in the top-flight in Cisse's first season.

Following his departure from Newcastle, Cisse enjoyed a two-year stint in the Chinese Super League with Shandong Taishan before moving to Alanyaspor in Turkey and then on to Fenerbahce where his contract expired on July 1.

Despite coming towards the end of his career at the age of 36, Cisse still feels in a good condition and wants to "challenge himself" in English football once more.

He told Sky Sports News: "I feel good, I feel great and I'm ready to play football again in England.

"I want to come back to stay with my family and it was a long time out and the kids, they are growing up.

"I want a challenge in the Premier League again. Everything happens in my mind and in my body how I work hard and I know it is a tough league. For me, that is no problem and I've got to be ready for it."

The free agent had the option to remain at Fenerbahce for a further year but after a season in which the Turkish giants finished behind Galatasaray and Besiktas in the Super Lig, Cisse decided to leave after scoring five times in 28 appearances.

Cisse added: "I was fed up last year, I still have one year left but I don't want to go back there. I am free and I want to come back to the Premier League to challenge again.

"For my ambition, I want to come back to England and be close with my family as well."