Rafael Benitez gave his first press conference as Everton manager on Wednesday, and the former Liverpool boss was quizzed on past comments he made about his new club; the Spaniard also responded to the banners opposing his appointment and spoke about the prospect of bringing new players in 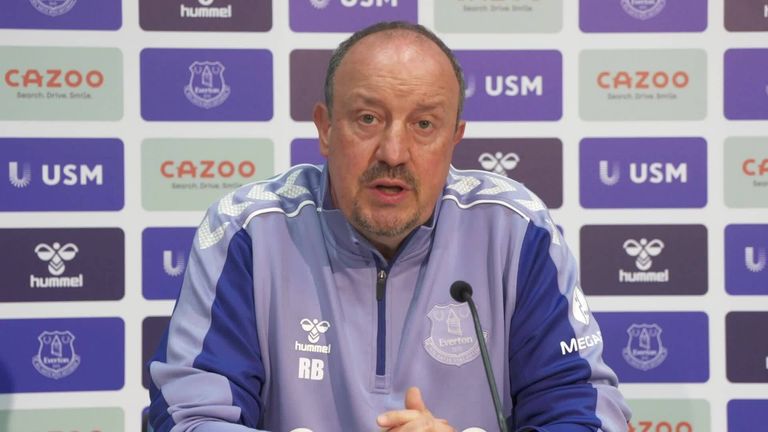 New Everton manager Rafa Benitez says banners protesting against his appointment at Goodison Park due to his previous spell at Liverpool didn't put him off replacing Carlo Ancelotti on the other side of Stanley Park.

Rafael Benitez has said he is not "scared" by the prospect of managing Everton and insisted comments made about the club while Liverpool manager were made a long time ago.

The Spaniard became the first ex-Liverpool manager to take charge of Everton when signing a three-year deal, while he is only the second manager after William Edward Barclay to have both clubs on his CV.

There was some opposition to his appointment, with Merseyside Police investigating after a threatening banner which read 'We know where you live, don't sign', but Benitez said he has experienced a positive response near his Merseyside home.

"To be fair, the Evertonians around my place are quite happy and very supportive. Even the Liverpudlians accepted it was an opportunity for me to come back to the Premier League," Benitez said in his first Everton press conference on Wednesday.

"About the banners - we can talk about one, two people. You never know. It's better to think about positives, how a lot of people were encouraging me to do well.

"Football is quite emotional and everybody will have their opinions. For me it's a challenge, a chance to do well in the Premier League, and show everyone we can compete.

"I was convinced when I decided to say yes, or even decided to start talking. It's not something I'm scared of, it's the opposite. I want to win, I want to do well. That is to be competitive for me, to be ambitious." 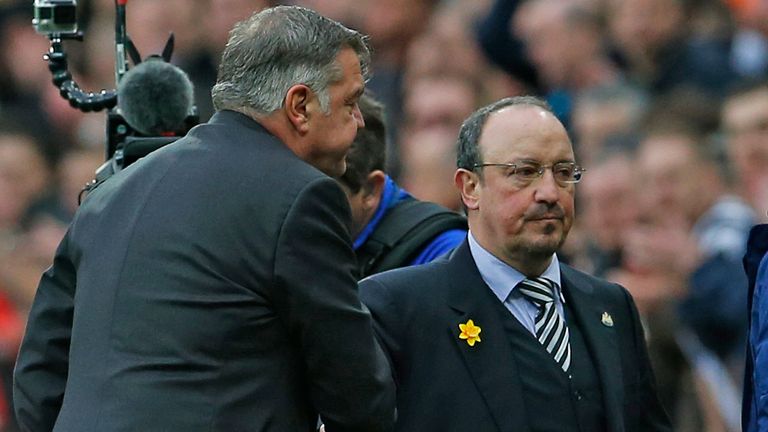 Benitez managed Liverpool from 2004 to 2010, and during his time at Anfield the 61-year-old described Everton as a "small club" after a Merseyside derby in 2007.

Asked about making this remark, Benitez said: "It depends on the context. It was a long time ago. You are fighting for your club and that is what I will do now. I will fight for Everton.

"I will try to do my best every single game. I am really pleased this club is getting bigger and bigger."

Benitez confirmed Duncan Ferguson will be one of his assistant managers alongside Francisco de Miguel Moreno. Antonio Gomez, a midfielder in Benitez's Real Madrid youth teams, will be his first-team coach and senior analyst. 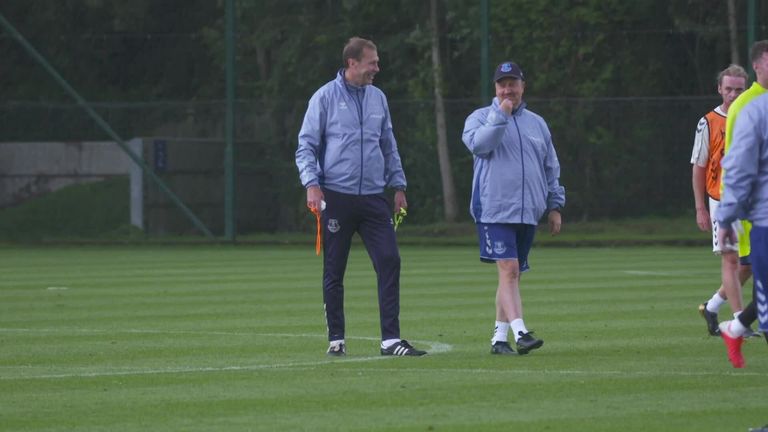 "Duncan is an Everton legend and has great experience. He will be vital for us with his coaching expertise and understanding of the players," Benitez added.

Benitez was also asked about transfer targets, but would not be drawn on names when Denzel Dumfries and Kalidou Koulibaly were mentioned.

He said: "The reality is that when you go to any club the manager has an important opinion, but you have to work in the context that you have a director of football, the board, financial restrictions.

"I'm quite happy with the commitment of the lads, they're training really well. I think we can improve things, and if we can add players that are good for us, that's the objective."