But parity lasted just four minutes as Heung-Min Son, the creator of Hojbjerg's opener, capped a memorable performance by laying on the winning goal as his driven cross was turned into his own net by Matt Targett while under pressure from Lucas Moura.

Tottenham's first league victory since August 29 eases the pressure on under-fire manager Nuno Espirito Santo, whose side halted Villa's two-game winning run as they leapfrogged them up to eighth in the table.

Man of the match: Heung-min Son.

Aston Villa's confidence on the back of their victory at Old Trafford was clear to see as their encouraging start created a tense and frustrated atmosphere among the Spurs contingent desperate to see a three-game losing streak in the league rectified.

But Spurs gradually established a foothold in the game and created their first opening as Harry Kane, fresh from scoring a 20-minute hat-trick in Thursday's Europa Conference League thrashing of NS Mura, opted to square for a team-mate instead of going for goal with a back-post header on the quarter-hour mark.

Kane nearly gave Spurs an audacious lead on 23 minutes when he spotted Emiliano Martinez off his line and sent a quick free-kick looping towards goal, but the backpedalling Aston Villa goalkeeper recovered just in time to claw the show away.

Son flashed a shot wide of the target before Tottenham pressure eventually told. Hojbjerg won the ball back in midfield, offloaded the ball to Son, who picked out the Dane in space with an intelligent reverse pass, and Hojbjerg coolly slotted home into the far corner.

Villa struggled to muster a concerted response but came within inches of levelling two minutes before the break when John McGinn sensational volley sailed past the scrambling Hugo Lloris and flashed inches wide.

Villa put their foot on the gas early in the second half, fashioning two openings on goal but Oliver Skipp's crucial clearance prevented Danny Ings from hooking a shot in behind Targett's drive was thwarted by a block.

Mings and Konsa denied Emerson Royal and Son certain goals with crucial last-gasp interventions in the Villa goal mouth before Martinez prevented Son from applying the finishing touch to a blistering Spurs counter on the hour.

Villa's perseverance at the other end was rewarded with the equaliser on 68 minutes. Referee Chris Kavanagh played a good advantage after Cristian Romero fouled Jacob Ramsey and the visitors took full advantage, with Targett's low, driven cross turned home by Watkins at the near post.

But Villa were level for barely four minutes as Son raced clear down the left channel and centred a menacing cross into the six-yard box which Moura forced Target to turn into his own net.

Although it was Spurs' afternoon it was not Kane's as he passed up two further chances to seal the victory, firing wide and then coming out second best in a one-versus-one with Martinez. Substitute Giovani Lo Celso curled a late shot wide but Spurs ensured they held on for the victory which sends them into the international break on a much-needed high.

6 - Harry Kane hasn’t scored in any of his last six Premier League appearances, his longest scoreless streak in the competition since failing to net in his first six games of the 2015-16 campaign. Halted. pic.twitter.com/bANm2nipiC 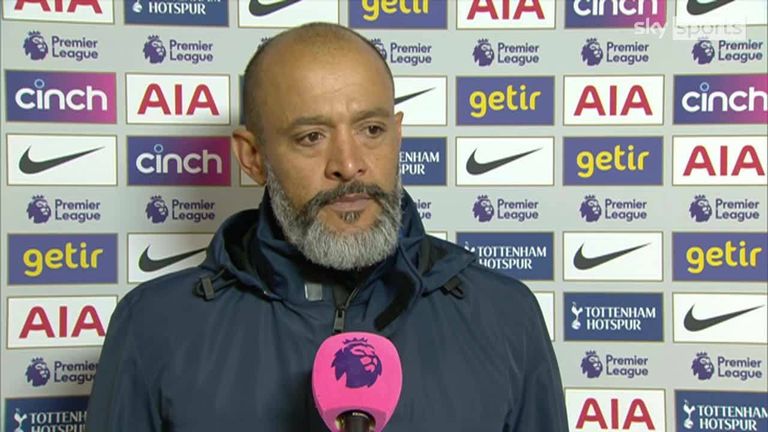 Nuno Espirito Santo was pleased with character his side showed in their 2-1 victory over Aston Villa.

Spurs boss Nuno Espirito Santo: "We needed a win, but it was a well-deserved win. We had a good match against tough opponents. It's important for us, the boys and the fans. We reacted well after conceding and positive in a lot of ways.

"The boys did well. Villa are a very good team with the press so it was about taking risks. Our front three were always in the middle, they played well.

"Many times we conceded and go flat but this time the team did well. We missed chances to kill the game. All the players did well, we have talented players and when they are confident, they are unstoppable."

"We are aware we have been through a tough moment. When the players gel and combine they can do very good. We have to find the balance between the defensive and attacking part of the game. This is our focus, what can we do to improve?" 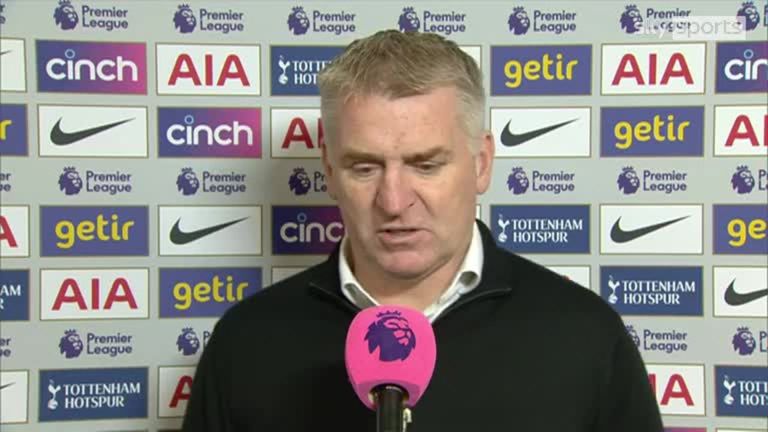 Dean Smith believes Son Heung-Min was the difference in Aston Villa's 2-1 loss to Tottenham this afternoon.

Aston Villa manager Dean Smith: "I didn't think there was an awful lot in the match. We started both halves really well and they had the outstanding player on the pitch in Heung-min Son, he set up the winner and caused us problems all game.

"I thought we got stressed, had a spell after 25 minutes, we would win it and gave it back and it became an untidy game. We have to look after the ball better.

"The second half was better when we switched play but the players need to learn. We were too aggressive for their second goal. We went chasing the game and they were allowed to spoil it with the ball in the corner."

Man of the Match - Heung-min Son

Described as the outstanding player on the pitch by Aston Villa manager Dean Smith, and there could be no arguments with that assessment.

Heung-min Son has been involved in 11 goals in his last 12 Premier League games at the Tottenham Hotspur Stadium (6 goals, 5 assists).