Jamie Redknapp: Newcastle one of the favourites to go down despite major investment

Redknapp on Steve Bruce after watching Newcastle lose 3-2 to Tottenham: "My feeling when I look at him is that he'd almost like to be put out of his misery as well. He looks like a man who has done as much as he can, and he is a symbol of the previous regime." 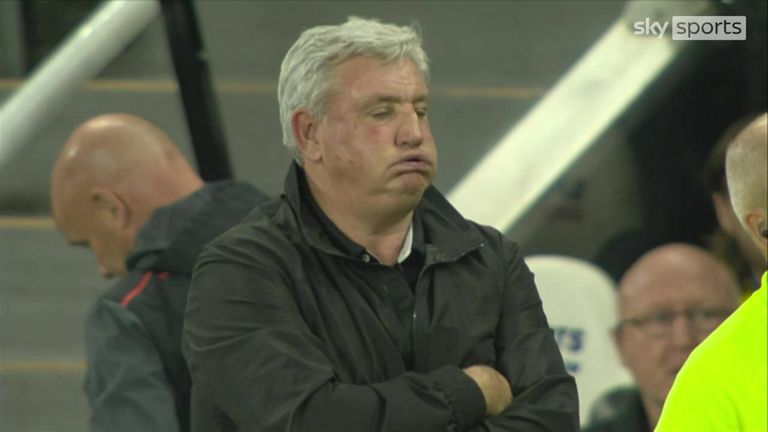 Jamie Redknapp thinks it would almost be a relief for Steve Bruce to leave struggling Newcastle and insists the club needs a big January window after the "bubble burst" against Tottenham.

There was a party atmosphere ahead of kick-off at St James' Park on Sunday as the Newcastle fans welcomed their new owners into the directors' box. With non-executive chairman Yasir Al-Rumayyan looking on, it began well on the field too as Callum Wilson nodded home inside two minutes to send the stands into raptures.

However, goals from Tanguy Ndombele, Harry Kane - his first in the Premier League this season - and Heung-Min Son put the visitors in complete control by the time the break arrived.

Newcastle have failed to win any of their opening eight Premier League games and remain in 19th place in the table - and top-flight survival, as it was for much of the Mike Ashley era, has to be the sole aim for the immediate future.

"They need to get the right characters in during January in the spine of the team. This squad right now is one of the favourites for relegation - you can see it in the mistakes they make every single week. A new manager might change it but it's hard.

"The bubble was burst. If Saint-Maximin doesn't get the ball, it's hard to see where the quality is coming from. The first goal was excellent but after that, the patterns of play weren't there. They looked a side devoid of confidence and belief. Once Tottenham got hold of the ball, they had extra quality in midfield."

Redknapp also feels that manager Steve Bruce has the look of someone who would welcome being relieved of his duties.

"My feeling when I look at him is that he'd almost like to be put out of his misery as well. He looks like a man who has done as much as he can, and he is a symbol of the previous regime.

'Relegation would be a disaster' 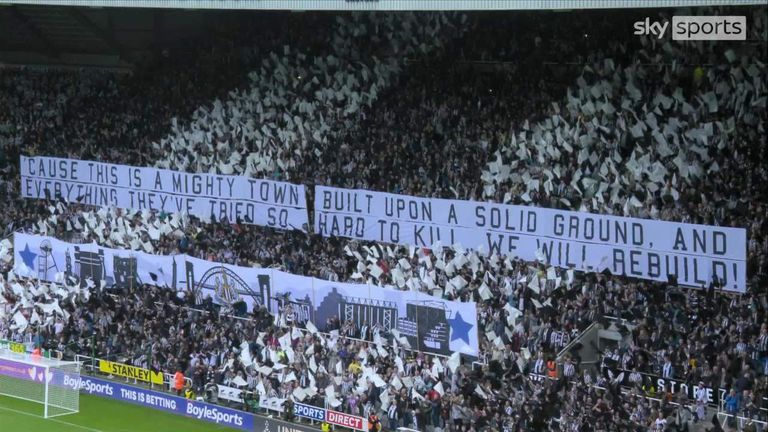 New part-owner Amanda Staveley said last week Newcastle wanted to be "patient and considered" in their approach and that "change doesn't happen overnight".

However, according to former player David Ginola, patience isn't a word usually associated with football clubs and smart changes on and off the field will be required in order to stave off relegation.

Ginola said: "The project is fantastic with the hope they can be like Chelsea or Man City - all the big clubs. Newcastle can't afford to be in the Championship. It will be a disaster.

"After the goal, it was a lack of inspiration, a lack of creation. And mainly quality.

"I think this is the maximum you can get from these players. We talk about Saint-Maximin, but it's just one player. Everyone was waiting, looking for Saint-Maximin, to do something."

Bruce: We have frailties in team 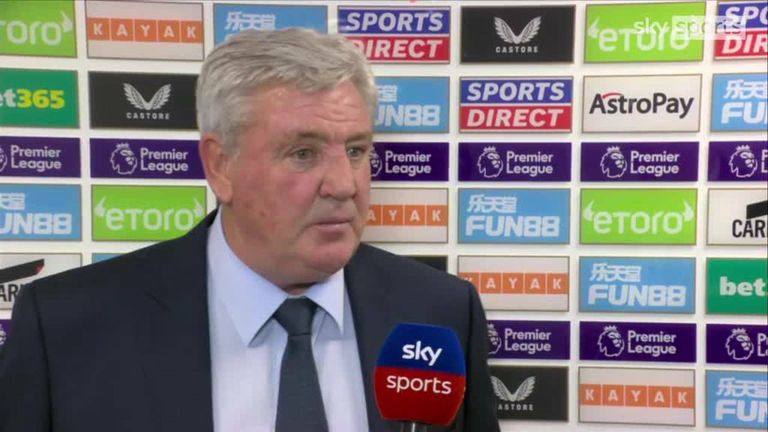 Bruce suffered defeat to Tottenham in his 1,000th match as a manager and the Newcastle boss says it is for others to decide whether he will stay in charge of the club

Speaking to Sky Sports, Newcastle boss Bruce said his side's performance was indicative of their season so far, and insists he will "crack on" with the job until he hears otherwise.

"After a wonderful start, unfortunately the problems that we've had for a while now defensively were there for everyone to see. The goals we gave away, you could say it was a lot of good play from Tottenham, but our defending left a lot to be desired, to say the least.

"We have tried to change and be a little bit more on the front foot, but it's difficult because you cannot keep having to score three goals to win a match."

Asked about his future at St James' Park, Bruce said: "That's for other people to decide. If I was reading everything and seeing everything last week, I might not have been here today. But my job is to get a few results and unfortunately, if you're a manager in the Premier League and you haven't won in seven or eight, you become under pressure. It's part and parcel of being in the Premier League with the big boys and I'll crack on and carry on as best I can until I hear otherwise.

"Every football club needs clarity from the top right through to all the things that make a football club what it is. The new owners have been very respectful, I can't say enough of them with the way they've gone about their business. But Rome wasn't built in a day, as they say. We've got our frailties as a team and it's up to me, in the near future anyway, to hopefully get better."

On his 1,000th game in management, Bruce said: "I would love to say it's been a lovely ride. It's been difficult. The people of Newcastle want to see the club move forward, they have a wonderful opportunity now, and all I've ever wanted was to make sure this great club of ours moves forward, but that's going to take a bit of time."