Watford are set to appoint former England boss Roy Hodgson as their new head coach on a deal until the end of the season.

Hodgson is set to replace Claudio Ranieri, who was sacked on Monday after three-and-a-half months in charge, with Watford 19th in the table, two points from safety.

Hodgson is expected to sign a short-term deal until the end of the season, when all parties will assess his future. Sky Sports News understands that Hodgson's deal is 'easily extendable'.

The Englishman, who has been out of work since leaving Crystal Palace at the end of last season, arrived at Watford's training ground on Tuesday morning to complete the deal.

Watford's players are due to arrive for training at midday and it is expected that Hodgson will take training if the paperwork is sorted out in time. 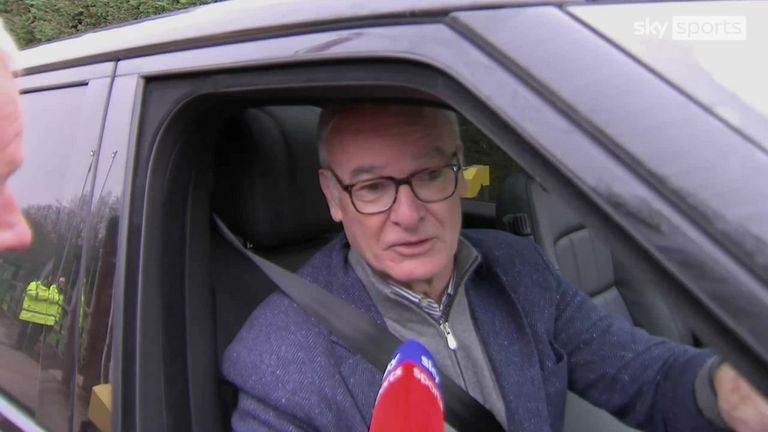 Ranieri also arrived at the Watford training on Tuesday morning to collect his belongings and speaking exclusively to Sky Sports News before he left, he said: "I can only say good luck to everyone at Watford - to the fans, to the board, to everyone."

Asked if he was given enough time to make his mark, he added: "That is football. But I believe with new players, Watford can be safe and also [arriving] is a fantastic manager. I wish all the best".

At 74 years old, Hodgson will be the oldest ever manager in the Premier League, while the job at Watford will be the 17th different club he has managed in a 46-year managerial career.

Hodgson has worked with the Pozzo family before during a short stint with Udinese in 2001 which ended with his dismissal following 17 matches, but he has always retained good relations with the Italian owners.

Hodgson will succeed Ranieri, who had failed to turn around the team's fortunes since being appointed in October. The Hornets dropped into the Premier League relegation zone for the first time this season after Friday's 3-0 home defeat to fellow strugglers Norwich.

Under Ranieri, Watford lost seven of their last eight league matches. Their most recent victory was the 4-1 defeat of Manchester United in November at Vicarage Road.

Quique Sanchez Flores, Nigel Pearson, Vladimir Ivic, Munoz and Ranieri have all left the club during that 28-month period, while Hayden Mullins has also had two spells as caretaker in that time.

If appointed, Hodgson will become the Pozzo family's 15th permanent manager since they completed their takeover of Watford in June 2012.

When is Hodgson's first game if he is appointed?

Watford travel to Turf Moor to face Burnley on Saturday, February 5 at 6pm in their re-arranged fixture.

Why have Watford gone for Hodgson?

"Roy Hodgson is a safe pair of hands and has all the experience in the world. This will be his 22nd job in a 45-year career. He worked miracles at Crystal Palace back in 2017.

"When he arrived, they were 0-0-7 - they'd lost their licence to thrill! It was seven defeats from seven games, but in the end they managed to finish 11th in the Premier League and he did a similar job at Fulham. 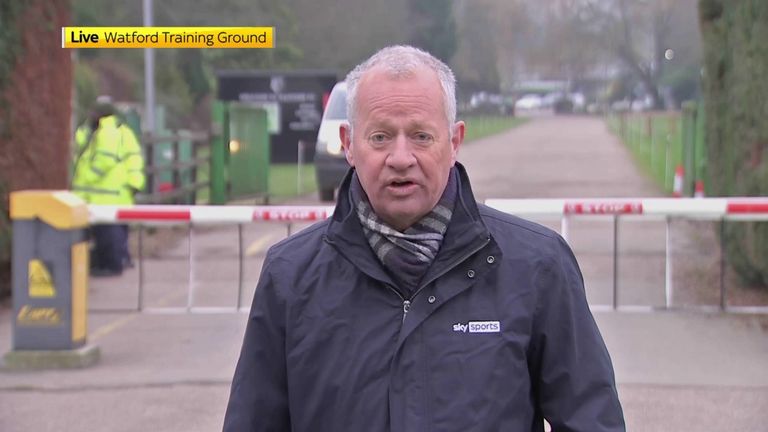 "He's a very experienced manager having also been at Inter Milan, Liverpool and England of course. He's clearly still got a hunger to show he can operate at the top level even at his age.

"He left Palace through his own decision, but as he told Sky Sports News last week, he still has a hunger and believes he can turn things around. Maybe he caught the ear of the Watford owner off the back of what he told Sky last week!

"He's already been down to the training ground, having signed some paperwork on Monday."