West Ham, Newcastle and Everton are reportedly in a race to sign Chelsea striker Armando Broja - but why is the Albania international in demand?

Broja joined Chelsea as a schoolboy in 2009 and made his league debut 11 years later before leaving on a season-long spell with Vitesse in 2020/21 - netting 10 goals from 21 starts to finish as the club's joint-top scorer. 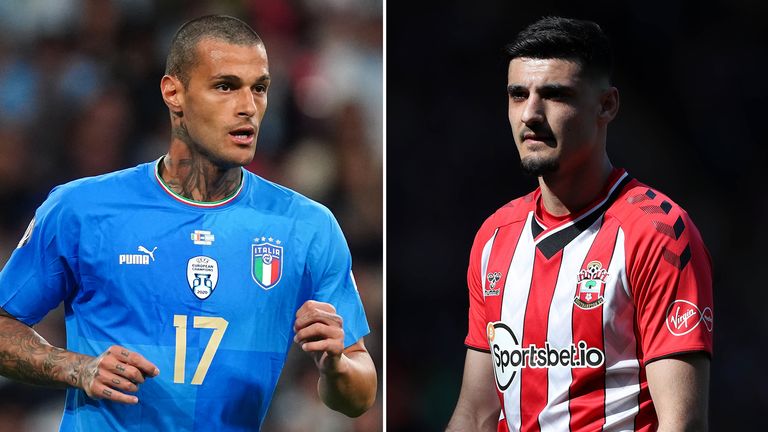 The striker signed for Southampton on loan at the start of last season and immediately made an impact alongside fellow Chelsea graduate Timo Livramento - who had signed for the Saints in a permanent move at the same time.

The 20-year-old opened his Premier League account in a 1-0 win against Leeds in October and scored again one week later against Burnley.

Broja proceeded to score against Brighton, Crystal Palace, Brentford and Tottenham in the Premier League to help elevate the Saints into a top-half position before mid-February, netting another three goals in cup competitions.

As the graphic below shows, Broja's key strengths are in areas which often slip under the radar. He excels at regaining possession in the final third, winning aerials and running with the ball at his feet.

In fact, only five players recovered more possession in attacking areas last term - despite the Albanian starting only 21 league games. 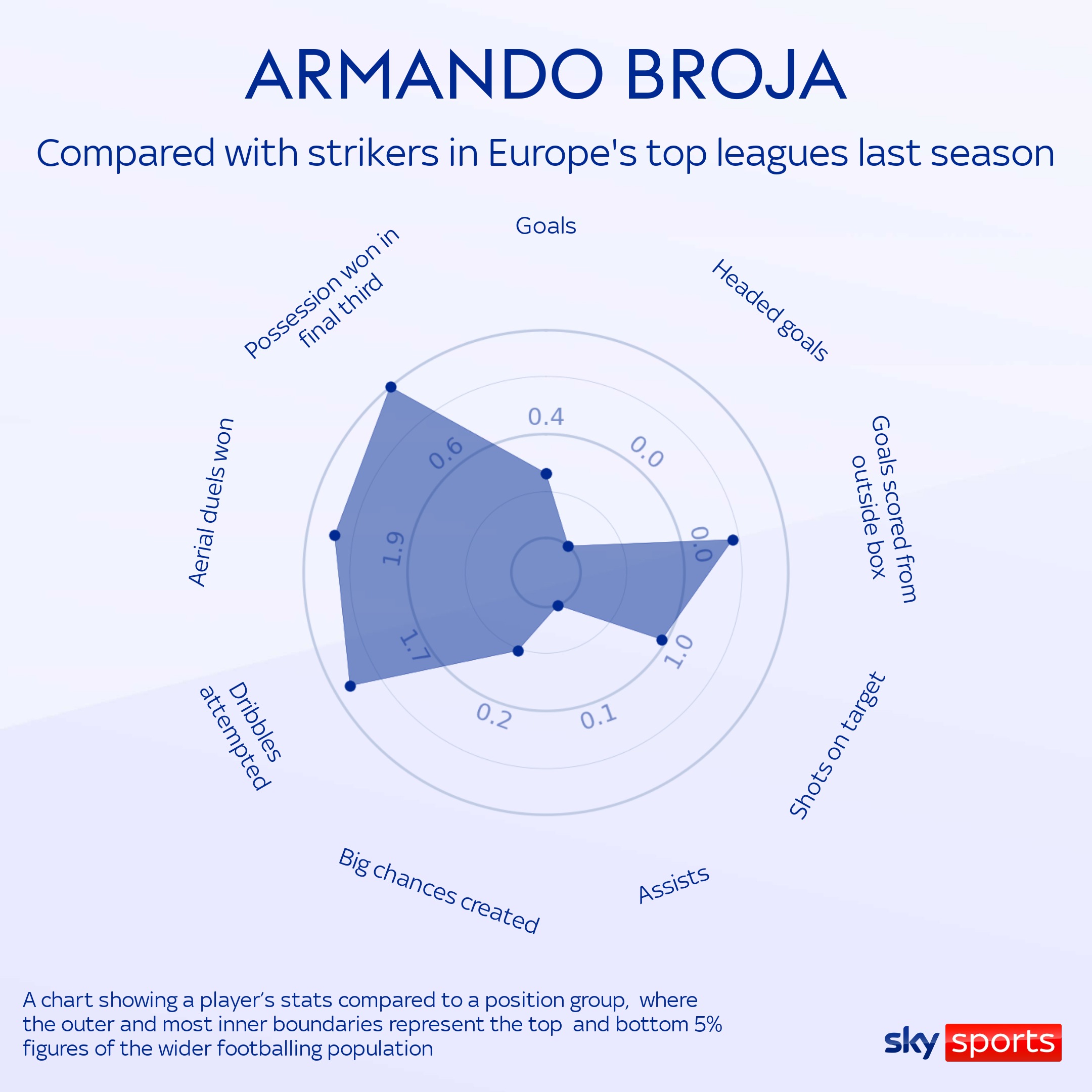 Drilling deeper into his returns over a brief professional career to date, the youngster has produced 20 goals from just 48 starts across all competitions - an impressive strike-rate, given he has also been hooked off 35 times and the raft of additional qualities he offers.

The 20-year-old shines when analysing his returns in the context of the Premier League - when factoring Broja represented a club which finished 15th and scored a below-average 43 goals across the campaign.

In addition to being among the league's elite players for pressing from the front, he also ranks among the top 10 for fast breaks. Despite his limited game time, the young striker clocked 112 touches in the opposition box - achieved by deft movement, creating space and carrying the ball into dangerous areas.

The graphic below reveals Broja clocked a top speed of 35.3km/h last term - a speed bettered only by Adam Armstrong at Southampton - while his average of 16 sprints per game ranks fifth at the club and suggests a more economical and methodical approach to his bursts upfield.

Southampton should have scored 10 more goals last season, according to expected goals - but Broja was one of a small clutch of players who drew level or exceeded returns.

Take a look at all six of Chelsea striker Armando Broja's Premier League goals while on loan at Southampton in 2021/22.

The shot map below shows every shot Broja took in the Premier League and reveals a cluster of attempts in central areas and more acute angles down the left side of the box. The red-shaded points indicate easier chances to score, according to xG, which helps illustrate a clinical edge from few clear-cut chances.

The Albanian appears most clinical when firing towards the left corner of the goal, with four of his six goals hitting this area of the goalmouth.

Broja's numbers for creating chances are less impressive and perhaps indicate an area for improvement during the next chapter of his career, having failed to register an assist and limited to carving only 10 chances for team-mates last term.

The graphic below highlights this further, with the majority of passes fired directly upfield failing to find a team-mate, from most ranges, while also revealing poor passing completion from wide areas into the box.

Ralph Hassenhuttl primarily deployed Broja on the left or right side of a two-man attack in his favoured 4-4-2 system, but also experimented using the youngster in deeper roles, centrally and down the left.

The heat map below shows traits of a modern, inverted winger, where the majority of touches and influence occur down the wide channels, with movement towards the opposition box when in advanced areas and out of possession - highlighted by his shot map and above-average ratio for touches in the box.

Meanwhile, the sheer coverage of his defensive actions - spanning the length and width of the pitch - epitomises the striker's relentless approach to regaining possession for his side.

Indeed, Broja's primary areas of influence contributed to 43 per cent of his team's attacking threat coming down the left channel last season.

Broja possesses a raft of attributes which formulate the modern forward. At just 20 years old, the Albanian ranks among the elite for pressing from the front. He has a proven eye for goal, matches his xG returns, provides aerial threat, is comfortable running with the ball and can perform the inverted-winger role.

All three clubs reported to be eyeing the striker have had injury or form issues among their current crops of strikers. This can be fixed easily if they were to sign Broja. He is a proven striker, who continues to provide options down the flanks and also injects youth, composure, speed, counter-threat and mettle across the firing line.