Watch Sky Sports News' new weekly Fantasy Show from 10.40am on Saturday to get all the latest news ahead of the Gameweek 2 deadline; follow Sky Sports News for dedicated Fantasy coverage throughout the season - including tips, expert advice and the latest teams

With the new Premier League season under way, Sky Sports News has launched a weekly column bringing you essential tips from the best Fantasy Premier League managers in the world.

In our second column, Holly Shand, FPL Heisenberg and FPL Family - who between them have ten top 10k finishes and more than 30 years of fantasy experience - look at what we learned from Gameweek 1, discuss Erling Haaland's instant impact and reveal some of the cheaper players that caught their eye.

You can also join the official Sky Sports Fantasy League, with code e7ft7m. 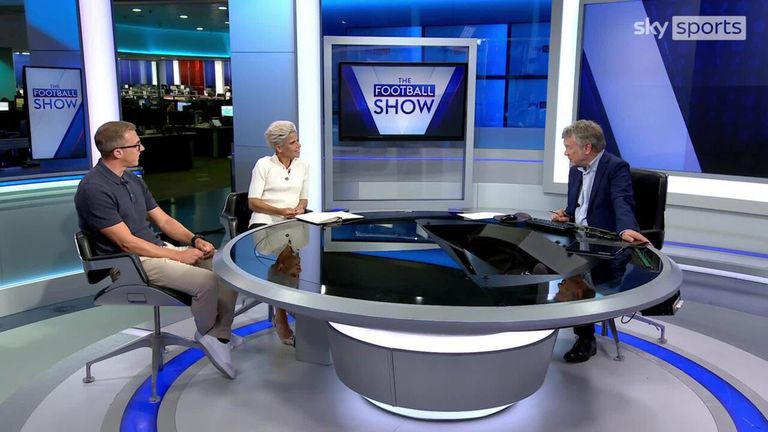 What did you learn from GW1?

Holly Shand: Gameweek 1 provided a good indication of where certain teams are at: Manchester City look like its their title to lose, with the link-up between Kevin De Bruyne and Erling Haaland visible already. On the red side of Manchester, we saw a shaky start from Manchester United at Old Trafford: we may need to wait until later in the season to get value from their assets.

FPL_Heisenberg: It's clear that Aleksandar Mitrovic can do it in the Premier League. He bullied one of the best defences in the league and could provide real value at just £6.6m. His Fulham team-mate and ultra-budget option Andreas Pereira (£4.5m) was also impressive. He was taking free-kicks, corners and was very attacking from open play - so keep a keen eye on the Fulham pair.

FPLFamily: Where teams and players like Man City and Haaland (£11.6m) are concerned FPL managers should be less worried about the fixture. On paper, West Ham away should have been a difficult match for Haaland but he scored a double and proved that he can return points against anybody. As mentioned, Periera also shone and was Fulham's most advanced player against Liverpool with 22 touches in the final third - more than anyone else.

Is Haaland now a must-own player?

FPL_Heisenberg: Must-own is a strong statement but Haaland is very close to that. With a kind run of fixtures coming up including Bournemouth in Gameweek 2, I wouldn't want to be without the Norwegian that's for sure.

FPLFamily: Haaland was only outscored in Gameweek 1 by two players and his run of fixtures between now and facing Liverpool in Gameweek 11 is so appealing. Haaland will also get a nice mid-season break as he will not be travelling to the World Cup. For me, this makes him a must own.

Holly Shand: Absolutely! I've already made the switch from (Harry) Kane on Sunday evening while both players were still priced at £11.5m. Haaland on penalties is a game-changer. I wasn't expecting him to make a fast start in a tricky away trip to West Ham, but he proved me wrong. He had five shots in the box and four big chances, more than any other Premier League player.

What do you do if you had Kane but did not switch to Haaland before the price changes?

Holly Shand: Despite the price changes, I still think that Kane to Haaland is an important move, even if it involves taking a four-point hit. Haaland is coming into a period with three home fixtures in his next four, with two of those against promoted teams. Kane was unimpressive against Southampton, failing to register an attacking return despite Tottenham scoring four. Midfielders Heung-Min Son (£12m) and Dejan Kulusevski (£8m) both look to be better options right now.

FPL_Heisenberg: I agree and I would take the minus four-point hit as Kane faces Chelsea this week. I'd make this move by freeing up some cash from a player you no longer want. For example, maybe you have Leon Bailey on your bench who you could switch to Pereira to free up £0.5m in funds. Or if you haven't already got the only starting £4m goalkeeper - Danny Ward - then you could bring him in.

FPLFamily: Kane hasn't become a bad pick overnight. After Chelsea this week, Tottenham have a good run, including games against Wolves, Fulham and Nottingham Forest. Managers should also be aware that players can have more than one price change in a week and therefore should be careful that Haaland doesn't rise again in price ahead of Gameweek 2. 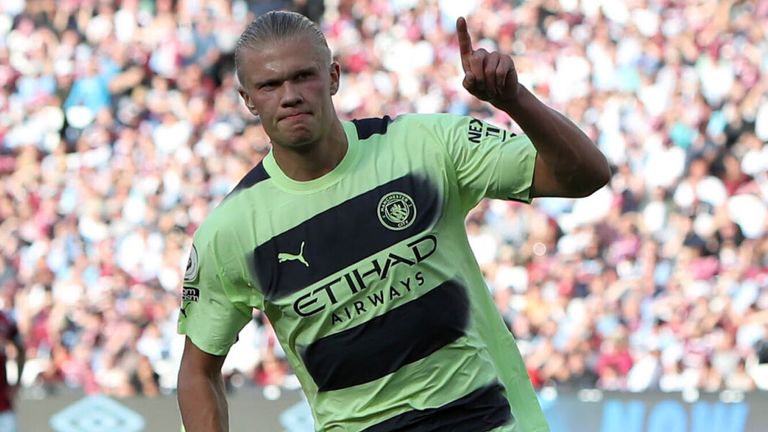 Holly Shand: I wasn't convinced by Jesus' (£8m) performance against Crystal Palace but we did see plenty of potential from the Arsenal attack and, with promising fixtures ahead, I'm prepared to give him more time. Nunez (£9m) looks to be the complete fantasy asset already, with three shots on target and a higher non-penalty xG (1.46) than any other player, despite playing just 39 minutes. I'm already tripled up on Liverpool players though so making the switch won't be easy.

FPLFamily: Absolutely! Managers could invest in Periera or Josh Da Silva (£4.5m) in midfield as well as Neco Williams or Nathan Patterson (both £4m) in defence. Doing this will free up the budget to have three expensive picks up top. But in the clamour for the premium forwards managers should be careful not to overlook the on-form cheaper options such as Ivan Toney (£7m) and Mitrovic.

FPL_Heisenberg: Absolutely, it might not be easy for the majority who have three Liverpool assets already, but these three all looked great in Gameweek 1 and are a solid trio. I won't be moving for Nunez personally as I'm happy with my three Liverpool players, but I do agree he's a great option and surely must start after impressing against Fulham. Aaronson caught the eye but what other cheaper midfield assets impressed? And which didn't?

FPL_Heisenberg: Brenden Aaronson (Leeds) looked amazing and he was unlucky not to come away with a goal against Wolves. I mentioned him earlier, but Pereira really caught my eye. In open play he's really advanced supporting Mitrovic and he can be a viable starter in your team, especially when Fulham's fixtures turn more favourable in Gameweek 8.

Holly Shand: Jack Harrison (£6m) also put in an impressive performance in the heart of the Leeds midfield. He looks to be taking on Raphinha's mantle as the creative force in this side, with seven key passes and two big chances created putting him top for these metrics. Marcus Rashford (£6.5m) failed to impress, with Man Utd lacking a focal point for most of the game with Christian Eriksen playing the false nine role.

FPLFamily: There are a number of good options in midfield. Gabriel Martinelli (£6m) from Arsenal was on fantastic form, as was Pascal Gross (£5.5m). At £6.5m with his set-piece threat James Ward-Prowse also looks to have continued the good returns we saw from him in 2021/22. Managers can go cheaper still though with Da Silva and Periera.

Is it too early to wildcard?

FPLFamily: Yes - it is too early. I like to have another Gameweek of data at least before making big decisions. Historically some Premier League teams always start slower than others. I would be looking to wildcard in or around Gameweek 5 and I will probably look to tie my wildcard in with the international break. However, if you look at your team and want to change eight or more players then the early wildcard could work.

FPL_Heisenberg: In a regular season I'd say yes, however, with the unlimited transfers we get during the World Cup - on top of the usual two wildcards - you can definitely use your wildcard now and still be absolutely fine. Don't be scared to use it if you need it.

Holly Shand: As mentioned, the early wildcard is no bad thing this season. However, I'd be inclined to give it at least one more week. By that point, each side will have played a home game and the summer transfer window will have brought more considerations for our fantasy squads.