Memphis Depay has highlighted Ryan Giggs' "inspirational" mentoring as a key factor in his continued development at Manchester United.

The 22-year-old Netherlands international is the latest player tasked with filling the void left by Giggs, United's assistant manager under Louis van Gaal, who retired in 2014.

As with many young arrivals in the Premier League, though, Depay has struggled to replicate the sensational form which saw him secure a big-money move to Old Trafford from PSV Eindhoven last summer.

However, Depay has revealed personal tuition from Giggs, United's most-decorated player, is spurring him on to rekindle his form.

"Ryan Giggs is a legend," Depay said. "He talks a lot with me and gives me advice to equip me. He has experienced everything already so he helps with all kinds of things, he works a lot with me.

"[Working with Giggs] makes me even hungrier on the training ground, it makes me want to try new things.

"I ask him for advice because he's been there; he knows how to read the circumstances, how to handle situations. It is really inspiring and, at the same time, helpful."

Depay took European football by storm in his final season at PSV, scoring 25 goals in 36 games as Eindhoven won the 2014/15 Eredivisie title at a canter.

His goalscoring exploits saw him named Dutch Young Footballer of the Year - an award previously won by Dennis Bergkamp, Arjen Robben and Robin van Persie - before he moved to Manchester in a deal believed to be worth £25m.

Replicating such form at United has proven to be difficult, with Depay finding the back of the net six times in 33 appearances for the Reds.

His adaptation to English football will no doubt have been hindered by United's travails this term, but Depay refused to make excuses for his form, insisting the best is yet to come.

Asked whether he had lived up to his transfer fee, Depay added: "No, not yet. I know that and I will continue to fight for it. I expect a lot from myself, that is important, and the club and I are busy trying to improve it.

"I don't want to put a date on it [when I will be up to speed] but it will come, confidence will help, as will my experiences and learning from my mistakes.

"Belief in myself is also important. Those moments will come, I am focused on that.

"I have really had to change my game because in the Eredivisie I could do what I wanted as I had time on the ball, I played on feelings. Here [Premier League] there is direct pressure so it's hard. 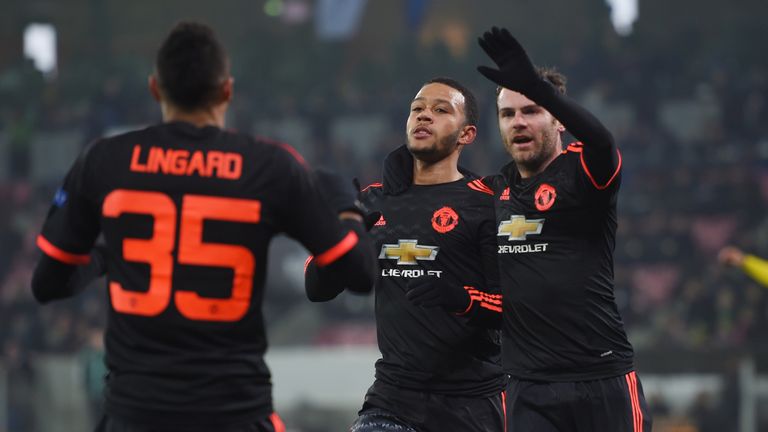 Everyone can see I'm not scoring every game like I used to but I can feel it getting better. I expect a lot from myself, that's important, and the club and I are busy trying to improve.

"This has affected my game a little bit - everyone can see I'm not scoring every game like I used to but I can feel it getting better and, as I get to know the league more, I feel better and my confidence is growing again."

Memphis Depay was speaking at the launch of #RuleYourself, the 24/7 training campaign on 'what you do in the dark that will put you in the light'. For more information, follow @UnderArmourUK.