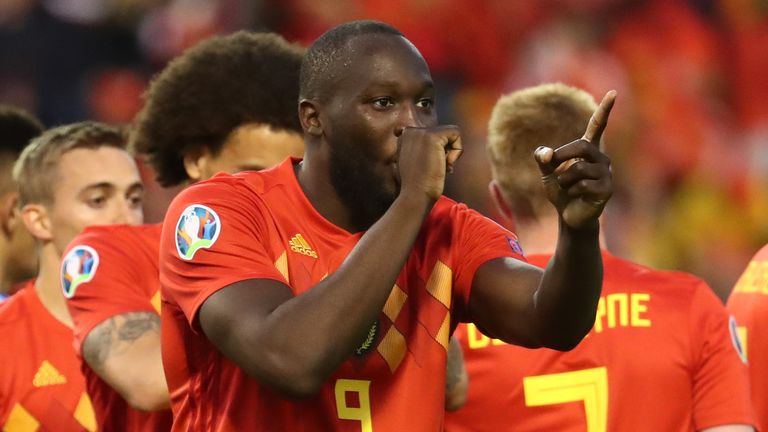 Romelu Lukaku called for Manchester United to decide his future after his double kept Belgium on course to qualify for Euro 2020.

The United striker, 26, scored only 12 times in the Premier League last season but took his international record to 48 goals after scoring twice in Belgium's 3-0 win over Scotland, which kept them top of Group I in qualifying.

Lukaku's representative, Federico Pastorello, told Sky Sports News in April his club future would be decided at the end of the 2018-19 season, with reports linking him to Inter Milan.

Asked if he will still be a Manchester United player next season, Lukaku said: "It's up to the club.

"The club have to come out with statements. I'm not here to entertain any rumours.

"I just play my football and we'll take it from there."

When asked about Inter Milan boss Antonio Conte, Lukaku told Italian outlet Sportmediaset: "It's good that Conte went to Inter, for me he is the best coach in the world.

"I am a big Serie A fan, those close to me know that I have always wanted to play in the English league and in the Italian one: I love Italy."

Lukaku joined United from Everton in 2017 under Jose Mourinho in a deal worth an initial £75m and still has three years remaining on his contract at Old Trafford.

But Marcus Rashford was Ole Gunnar Solskjaer's preferred central striker, and Lukaku fuelled speculation of a move to Inter by saying it is "a dream" to play in Serie A "sooner or later".

Despite suffering an underwhelming season for United, the Belgian still scored one goal every two games on average - which ranked as the 12th best among Premier League forwards this season.

Lukaku remains a "deadly" finisher according to his United team-mate Scott McTominay, who was on the receiving end of the Belgian's goalscoring for Scotland on Tuesday night. 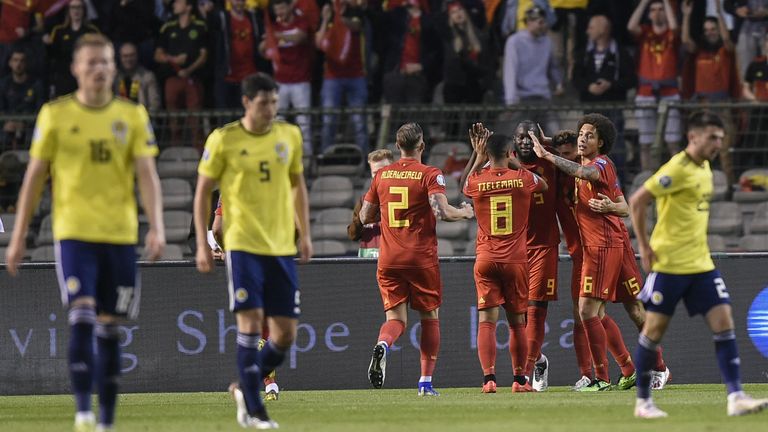 "He's a world-class striker and a very good friend of mine," said McTominay. "He's deadly - if he gets opportunities he's going to take them."

Scotland were left in fourth in Group I after the defeat, six points behind Belgium and three behind second-placed Russia with six games of their qualification campaign remaining.

"For the first 45 minutes we nullified that and we frustrated them but it was a tough evening," McTominay added. "We were coming up against world class players and it's a credit to the boys how they did perform.

"We were brave on the ball at times and it was unlucky we couldn't get a goal."