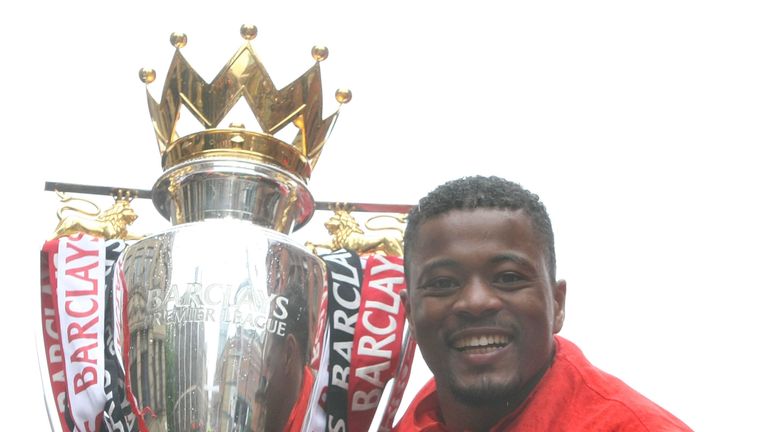 Patrice Evra says the current crop of Manchester United players need to "bleed for the club" before they are accepted by the fans.

The former United full-back, who has been back at the training ground this week to complete his coaching badges, told Sky Sports News in an exclusive interview that the fans need to have faith in Ole Gunnar Solskjaer.

"We've had too many managers, David Moyes, [Louis] van Gaal, [Jose] Mourinho. I just think for the players it's difficult," said Evra.

"That's why I think Ole is a good appointment for the club. He knows the philosophy of the club.

"It's difficult when you come to Manchester United from the outside, people don't accept you straight away. You need to bleed for this club before people accept you.

"We are a big club. We want to win trophies. We don't want to spend more than 10 years without winning the league again. It's not easy but the fans have to believe - it's a process."

The Frenchman, who retired at the end of July, departed United in 2014, a season after Sir Alex Ferguson left the club.

"Even if I am a funny and positive guy, I was a little bit depressed for a few months. I couldn't accept the fact that I had to leave United."

He then joined Italian champions Juventus, where he won two Serie A titles and two Coppa Italias during his time with The Old Lady, but claims he struggled to come to terms with his departure from United.

He said: "I left for personal reasons and joined a big club like Juventus. It was really weird for me in the first few months to wear their shirt.

"Even if I am a funny and positive guy, I was a little bit depressed for a few months. I couldn't accept the fact that I had to leave United. I'm a Mancunian and I'm happy to be home.

"When I'm back here it feels like home. Even if I have to finish as a groundsman, I will. United is in my DNA."

David de Gea signed a contract extension with United on Monday, which will keep the goalkeeper at the club until 2023, and includes an option for a further year.

"I'm not surprised David de Gea is doing well because mentally he is very strong after a tough start [to his career at Man Utd]," Evra said. 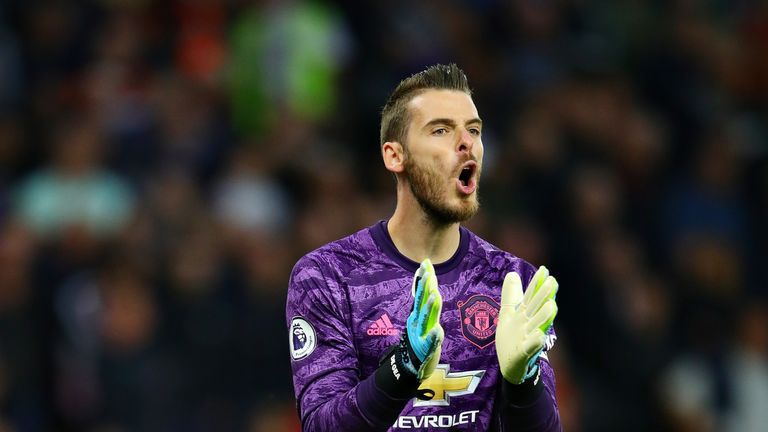 Evra says that David de Gea shouldn't be Man Utd's best player - because it means the rest of the team isn't doing their job!

"I always wish that he is the best player in the world, but I never wish him to be the best player at Manchester United because that means something is wrong with my midfield, with my attack, with my defence.

"So, please David, win the best goalkeeper in the world but not the Player of the Year here!"

James was singled out, in particular, by the 38-year-old, who has been impressed by the young Welshman's attitude since joining the club.

"What I love with James is his enthusiasm. Yeah, he's scored some great goals, he's playing well, he's fast, but what I want to see right now is the passion and the love for the badge," Evra said.

"His celebrations shows that. He's got a role model in Ryan Giggs. Maybe it's a dream for him to play for Manchester United. That's what I want when they come to this club.

"[Wan-Bissaka] wants to go forward, he's a strong defender. Ferguson always said that if you don't enjoy one-vs-ones, you shouldn't play for Manchester United. I can see Wan-Bissaka is ready for that and enjoys the challenge.

"[Maguire] will have to work hard because every mistake he'll make, people will fire shots at him, so he'll have to be very strong mentally."

West Ham vs Manchester United is live on Super Sunday from 1pm; kick-off 2pm. Sky Sports customers can watch in-game clips in the live match blog on the Sky Sports website and app. Highlights will also be published on the Sky Sports digital platforms and the Sky Sports Football YouTube channel shortly after the final whistle.