"I wouldn't risk Paul Pogba on astroturf even if he was available," says Ole Gunnar Solskjaer 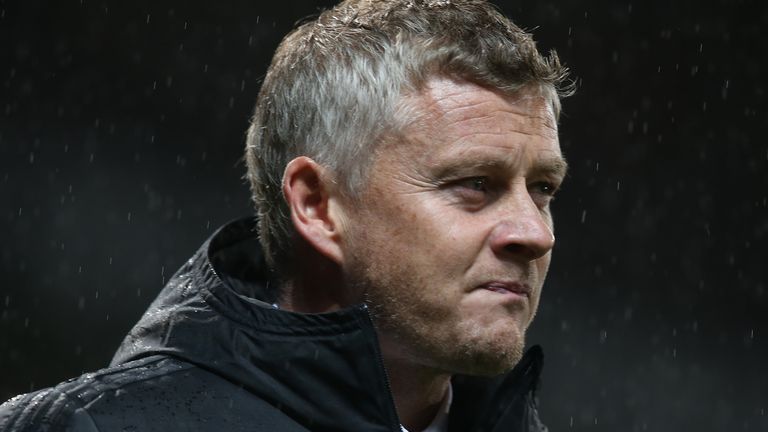 Ole Gunnar Solskjaer says Manchester United will play on "one of the worst" artificial pitches he has seen when they face AZ Alkmaar in the Europa League on Thursday.

The match will be played on a soon-to-be-replaced astroturf pitch at the Cars Jeans Stadium, built for the 2013 Hockey World Cup, after part of the roof at AZ Alkmaar's own stadium - 40 miles away - collapsed in August.

Norwegian-born Solskjaer voiced his "surprise" that an artificial pitch was needed in the Netherlands' climate.

It's OK when you live in the North Pole, like we do in Norway. Here, I'm surprised.

"It's OK when you live in the North Pole, like we do in Norway," Solskjaer said. "Here, I'm surprised.

"It's one of the worst I've seen for a long while. In Norway, they're all more modern and new.

Paul Pogba has not been included as he needs "further treatment and rest" on an ankle injury, Solskjaer said.

"I wouldn't risk him on astroturf even if he was available for this game," the United manager added.

"With my knees, I've not really enjoyed astroturf. These young boys are OK."

Solskjaer, sat alongside Juan Mata in his press conference, urged United's young players to "grasp the moments" created by their more experienced team-mates.

"I just hope they're ready to run, run in behind and finish the chances," he said.

Mata, 31, said winning a trophy with United is his "biggest objective" in what he called the "last part" of his career after signing a new contract this summer to keep him at the club until 2021.

"When the club says we're going to take time, inside we believe it's not going to be too long," he said.

"Since I was born this club was always winning. In my mind, my only aim is to win something important with United.

"I believe during my time here as a player we can do it."