The Manchester United striker debate: Marcus Rashford? Someone else? Or a mobile attack?

Marcus Rashford scored Manchester United's opener against Liverpool but can he become their main man up front?

Marcus Rashford impressed in Manchester United's 1-1 draw with Liverpool, scoring the opening goal before Adam Lallana's late equaliser, but is he the right man to lead the line for Ole Gunnar Solskjaer's side?

His performance prompted a heated debate in the Sky Sports studio on Super Sunday as Gary Neville, Graeme Souness, Roy Keane and Jose Mourinho assessed Rashford's suitability and gave their views on what kind of striker this Manchester United side needs.

Despite Rashford's eye-catching display at Old Trafford, Souness was in no doubt that Manchester United still need to bring in a proven goalscorer to replace Romelu Lukaku, who was sold to Inter Milan during the summer.

"He might be one day, but he's not the finished article right now," he said of Rashford. "He's not scored enough goals in the Premier League for Manchester United to hang their hat on him being the man that's going to take them back to where they want. He needs help.

"He has everything to be a player, but this year he has been asked to be the main man. It's the hardest position to play on the football pitch. He's not ready to fill that role right now. He needs help. Like the young boy [Daniel] James will need help. 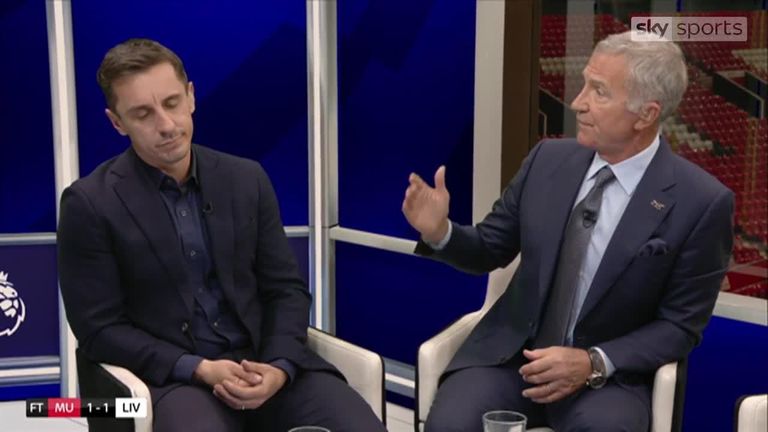 "Strikers are the hardest things to find. That's why they cost the most money. If you can land someone that gets you 25 or 30 goals a season, and he's not exactly what you want, you take him anyway and build the rest around him. You're struggling for goals, that's the first thing you need.

"Where Man United are now, they will take anything!"

Jose: Rashford not a No 9

Mourinho knows Rashford better than most having worked closely with him during his time in charge of Manchester United. He insisted that the 21-year-old's experience is not an issue, instead saying that he is simply far more effective from the wide positions.

"I don't think he's a 9 that can play against a low block or that can be a target man," he said. "I think he's a man of movement, who can attack space and then attack defenders with the ball at his feet.

"I don't think he's a pure 9, so it depends on the model of play. If Ole wants to play the way he played today I think Rashford is the perfect striker for him.

"So, for me, the point is not his age, it's his qualities. For me, he is potentially a very good player in some models of play, in some positions. But as a target man, as a No 9, I don't think he has the 30 goals that a top striker has.

"But for him to be the target man in matches where Manchester United are dominant, playing against defensive teams, against low blocks, I think it's difficult for him."

Neville, however, insisted Rashford could yet develop into a prolific No 9, adding that the priority for Manchester United should not simply be to bring in any striker who can score goals - but one who is the right fit for the way Solskjaer wants to play.

"He's still young," Neville said of Rashford. "I look at [Roberto] Firmino when he first came to England, I look [Mohamed] Salah when he was first at Chelsea, I look at [Sadio] Mane. Sometimes players have to develop into what they are going to become.

"I think United want a striker like Firmino, like [Heung-Min] Son at Tottenham. I think [Solskjaer] wants that type of player.

"I think this club has always had strikers who can play in pairs, who contribute off the ball.

"I'll make a point about Ruud van Nistelrooy. We won less championships with him at centre-forward than when we brought Louis Saha in to partner Wayne Rooney.

Ole is not going to sign a striker just because he scores goals, because Lukaku would have done that.

"He was nowhere near as good a finisher as Ruud or as good a striker as Ruud, but the team became better. And that's my point, I don't think Ole wants a striker like that; I think he wants a mobile striker."

Neville used the example of Jurgen Klopp and Christian Benteke at Liverpool. "He just chucked him out the club because he didn't suit his style of play," he said. "Ole's done the same with Lukaku, and Lukaku is a far better player than Benteke.

"Ole is not going to sign a striker just because he scores goals, because Lukaku would have done that."

Keane: Just go and get Kane! 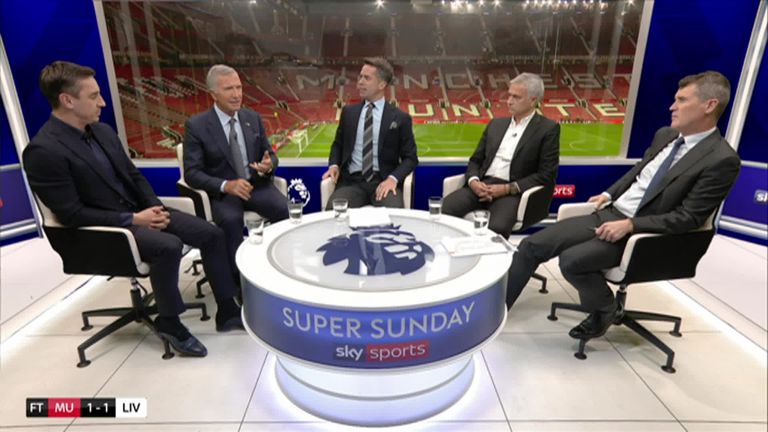 As for Rashford, Keane theorised that the 21-year-old does not actually want to be Manchester United's main man, adding that he is better suited to a supporting role.

"It's still a big problem, that he doesn't score enough goals. If you want to be the main striker at Man United, I don't think he has that big physical presence. I don't think he's great with his back to goal.

"But he's a talented kid. He is still learning his trade. But the pressure on him in the last few months, I don't think he's dealt with it well because he doesn't want to be the main striker."