The two Ligue 1 clubs faced off in the French League Cup semi-final on Tuesday, with Dembele scoring the opener from the spot and also converting a penalty in the shoot-out to send Lyon through to the final following a 2-2 draw in regular time.

United scouts were in attendance as they ramp up their search for a midfielder and a striker, and the 23-year-old forward remains a strong option for the Red Devils after interest in the summer.

Old Trafford scouts have also watched the 23-year-old in action against Nantes last weekend, when he scored and set up a goal in a 4-3 win.

Lyon have reiterated their will to keep hold of the France international through an official statement, with president Jean-Michel Aulas saying the former Celtic striker "wants to stay to win something with Lyon". 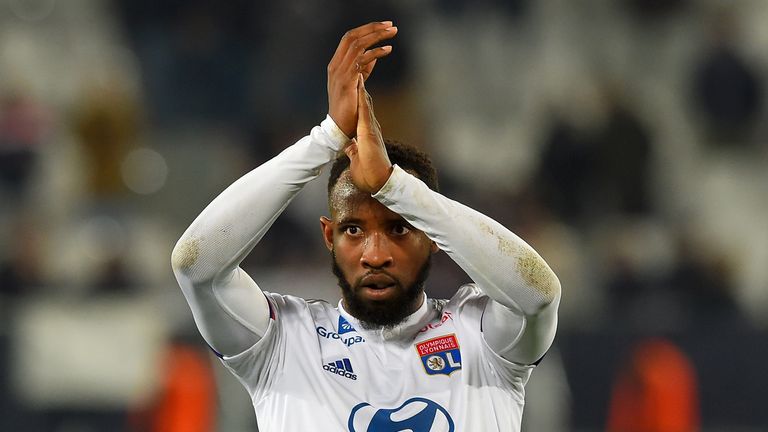 However, this month the Ligue 1 club have signed striker Karl Toko Ekambi from Villarreal and are also in talks with Le Havre over their forward Tino Kadewere.

United are on the hunt for a striker in the January transfer window after seeing Marcus Rashford suffer a double stress fracture in the back, an injury which will sideline him for at least six weeks.

Soumare is also on United's wishlist and could represent a midfield alternative after talks with Sporting CP over Bruno Fernandes hit a roadblock.

The 20-year-old told L'Equipe that he wants to stay at Lille until the end of the season earlier this week, but Lille are willing to let him go after their Ligue 1 game against Paris Saint-Germain on Sunday.

The France Under-21 international has two and a half years left on his contract at the Stade Pierre Mauroy and has also attracted interest also from Chelsea, Arsenal, Real Madrid and Valencia.