"It wasn't my job to score, I left that to the strikers. My job was to make sure we didn't lose games and won league titles," former Man Utd captain Keane reveals on MNF Retro. 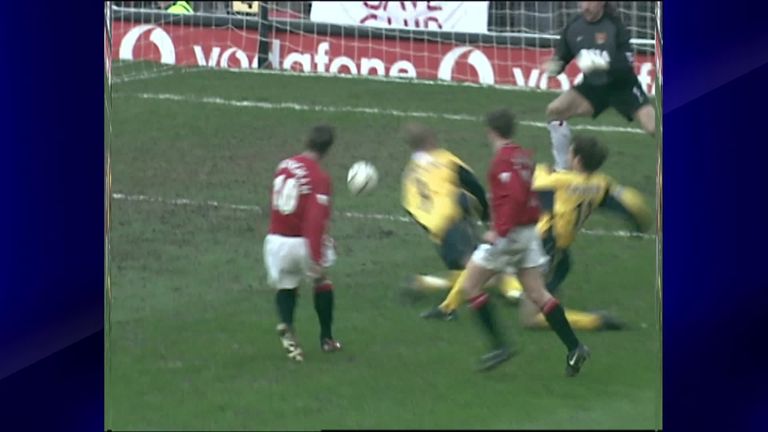 Highlights of Manchester United's 6-1 rout of Arsenal in February 2001.

Roy Keane has revealed his sole remit at Manchester United was to win trophies and not the pursuit of individual acclaim by scoring goals.

Keane scored the fourth of five first-half United goals with what was one of only two goals he scored as he guided the club to a third consecutive Premier League trophy.

'It wasn't my job to score goals'

Asked if he should have scored more goals for Manchester United, Keane replied: "No, absolutely not. It wasn't my job. My job was to make sure we didn't lose games and won league titles.

"I scored plenty early in my career, so I thought, 'I've done that bit of the game, I'll focus on sitting in front of the back four and dictating the game'.

"I scored plenty in training but [come match day] I left that to the strikers and people like Scholes, Giggs and Beckham, who were keen to get forward." 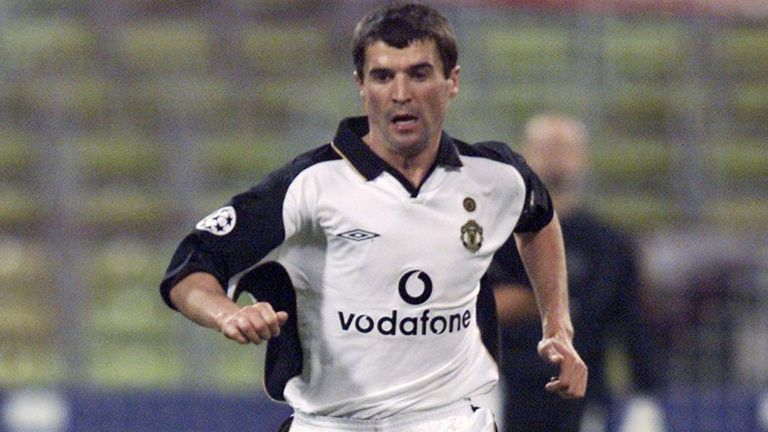 Roy Keane joins the Monday Night Football team to reflect on his role at Manchester United during the 2000-2001 season.

The one season teams were beaten in the tunnel

When Arsenal travelled to Old Trafford in February 2001, they trailed the champions by a staggering 13 points. The chasm to the chasing pack prompted Neville to adopt a mindset that had never been allowed to take root throughout his entire United career...

"The 2000/01 season was the most comfortable one we had in terms of winning the Premier League," Neville said. "We were confident having won the treble a couple of years before, the league the year after and this was the third on the bounce.

"People often talk about teams being beaten in the tunnel, if ever there was a season that made me feel like that, it was this one. We almost had a feeling we were going to win the league in January or February that year because we'd become quite experienced knowing what we had to do to win titles.

"We'd never have said it publicly but going into the 6-1 win over Arsenal I don't think there were any doubts we would go on to win the league, we were totally confident. In years gone by we had titanic battles with Arsenal but this season didn't feel like it was going to be one of them."

'I wish I had relaxed but I couldn't'

However, that mindset was not something ever comprehended by Neville's captain Keane, who added: "Believe it or not, I'm going to disagree with Gary.

"I didn't fall for that at all, throughout my career I never thought that anything was easy. We made it look easy at the end, but that was because we worked really hard.

"Even when you were 10 or 13 points clear and people say it felt like the league was won, I never felt that way, it wasn't in my make-up.

"I wish I was a bit relaxed when we were so far clear, but I felt I couldn't relax. I couldn't think that way, that was my mindset and I was never happy really."

United's 6-1 victory is synonymous with Dwight Yorke's hat-trick inside 22 first-half minutes, a performance Neville believes highlights just how good his former team-mate was...

"Yorke was an unbelievable player," the Sky Sports pundit added. "He could do all things; he could score, set up play, run in behind, dribble, bring other players into play - he was the all-round centre-forward.

"It transpired that whatever combination of the four strikers we had on the pitch that season they all could play together, they all had good combinations with each other.

"For the treble season alone, Yorke and [Andy] Cole were the best [strike partnership I played with at Manchester United]. They were sensational, the way they played together. They lit up the whole league, they lit up Europe.

"I always remember a game at Barcelona in the Champions League group stages, I'd never seen anything like it. We conceded three goals - I was playing at centre-back - but we scored three and Yorke and Cole were absolutely brilliant." 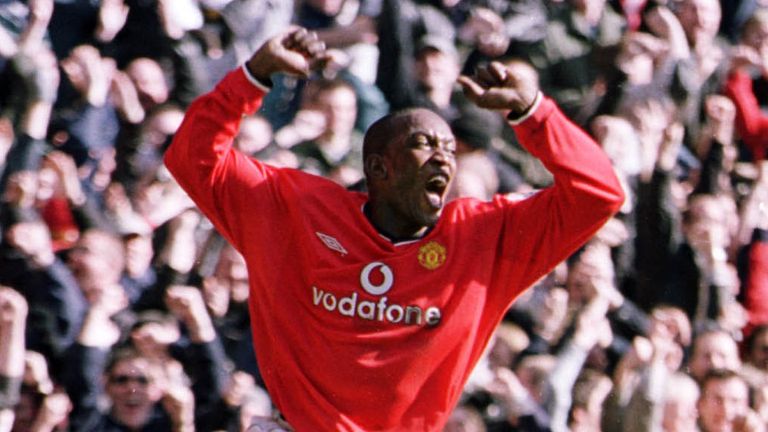 On MNF retro Gary Neville discussed the various strike partnerships he played with over the years at Manchester Utd and who he felt were the best.

How Yorke and Cole clicked

The names Yorke and Cole are equally as synonymous after their infectious relationship off the pitch propelled Manchester United to the treble in 1999. It was a strike partnership that no one saw coming, as Neville explains...

"When Yorke signed in 1998 it was after the start of the season and it was a surprise in some ways because I came out of nowhere," Neville adds.

"Yorke and Cole didn't hit it off from the start, it took 10 to 15 games from memory. Leicester away sticks in my mind, something just happened that day and after that they started socialising together, getting on off the pitch and a respect between each other developed.

"The thing about that partnership is that neither minded who scored, something you wouldn't have seen with partnerships involving Ruud van Nistelrooy and Michael Owen, who had to score to be happy."

United had a wealth of attacking talent to call upon at the turn of the century - Yorke, Cole, Teddy Sheringham and Ole Gunnar Solskjaer - but what was the best combination? For Keane, all four played their part...

"I don't like these conversations, I really don't, it's really unfair," he adds. "We were really lucky with the four strikers we had at that time, Yorkie, Coley, Ole and Teddy - brilliant players.

"I always try make the point to remind people they were very good lads in the dressing room. People talk about strikers being selfish, they have to be, but I found all of these lads to be decent lads.

"They looked at the bigger picture, they had to bide their time as the manager rotated the squad. We were one of the first to rotate the squad throughout the competitions and it worked because the players made it work, they were professionals and when they got the opportunity they went out and done the business."