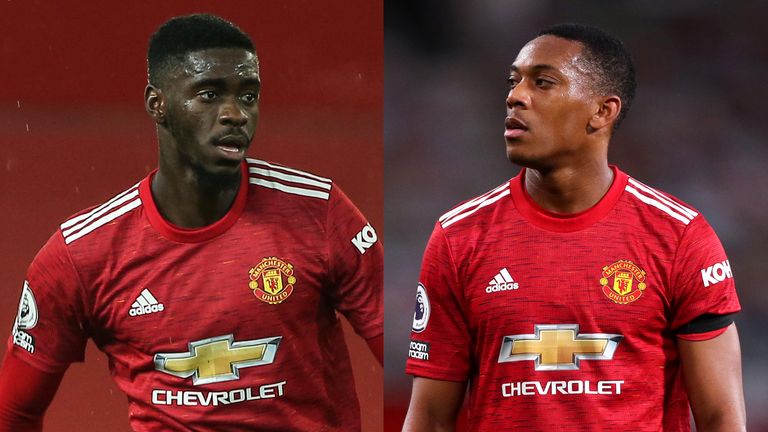 United defender Tuanzebe was substituted in the 83rd minute of the 2-1 defeat after starting his first Premier League game of the season, while forward Martial played the full match at Old Trafford.

Following the game, abuse was aimed at the players' Instagram accounts. A number of users posted racist messages and symbols on old photos. Tuanzebe was also targeted on Twitter.

On Thursday night, Tuanzebe posted a video on his Instagram account in response to the abuse with the caption: "My RACE My RELIGION My COLOUR = FOOTBALL".

Manchester United say they are "disgusted" by the abuse and hope the "mindless idiots" responsible are identified. Players including captain Harry Maguire and forward Marcus Rashford tweeted their support for Tuanzebe and Martial.

"Everyone at Manchester United is disgusted by the racial abuse received by players via social media after last night's game," a club statement read.

"We utterly condemn it and it is encouraging to see other fans condemn this on social media also.

"Manchester United has zero tolerance of any form of racism or discrimination and a long-standing commitment to campaigning against it through our All Red All Equal initiative. A spokesperson for Facebook, which owns Instagram, said: "There is no place for racism on Instagram and we are committed to removing it when we find it.

Twitter said: "Racist behaviour has no place on our service and when we identify accounts that violate any of the Twitter rules, we take enforcement action. The tweet referenced is no longer on the service for violations of our hateful conduct policy."

'Online hate must have real-life consequences'

Anti-racism group Kick It Out also condemned the abuse and will continue to work with social media companies and the relevant authorities to hold those responsible to account.

Kick It Out chair Sanjay Bhandari said: "We are disappointed that players are continuing to be subject to racist abuse on their social platforms, it is completely unacceptable.

"We will continue to work with the football authorities, law enforcement and social media companies to try and rid football of hateful and discriminatory behaviour.

"As we have said before, online hate must have real-life consequences, so people don't continue to spread hate as freely as they wish. The individuals responsible for this abuse will hopefully be identified by the social media platforms and swiftly removed.

"We know that discriminatory abuse can have a significant real-world impact on the welfare of the victims. We encourage the players to get such support from their club in the first instance, and support is also available from the PFA and Kick It Out."

Sheffield United pulled off one of the shocks of the season as Ole Gunnar Solskjaer's side were beaten by Chris Wilder's men.

United had the chance to move back above Manchester City into top spot but produced a disappointing display against the bottom-of-the-table Blades, who had only won once in the Premier League this season.

Kean Bryan headed home the opener when taking advantage of some questionable goalkeeping from David de Gea, but former Sheffield United man Maguire scored his first goal at Old Trafford to level it up.

A late siege on the Sheffield United goal was expected but Wilder's decision to bring on Oliver Burke paid off as he struck the winner via a big deflection off Tuanzebe.

"Social media companies have to start fighting against all of this hate towards people," the former South Africa international told Sky Sports News. 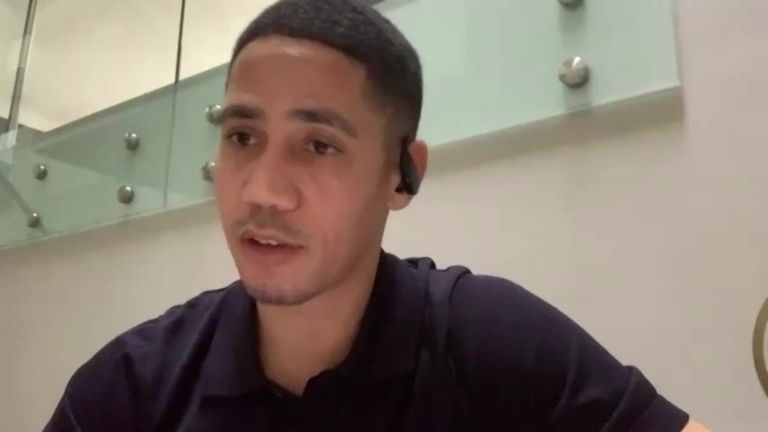 "I think they have to start blocking people and sending the police after them, to make a big example out of those racially abusing others. With the Black Lives Matter movement you sense that something is happening, footballers have this massive platform where they can show it worldwide.

"We are standing against racism, but it's not only the players, the supporters also need to get educated. It has to start with families in their homes, so people can educate their children."