Bruno Fernandes: Manchester United striker says it is an 'honour' to be compared to Eric Cantona

Bruno Fernandes' attacking exploits over the last season and a half have been linked with former Man Utd striker Eric Cantona's style of play; "It is really good to be compared with him but when you are compared with this kind of big player it is, for me, a good pressure" 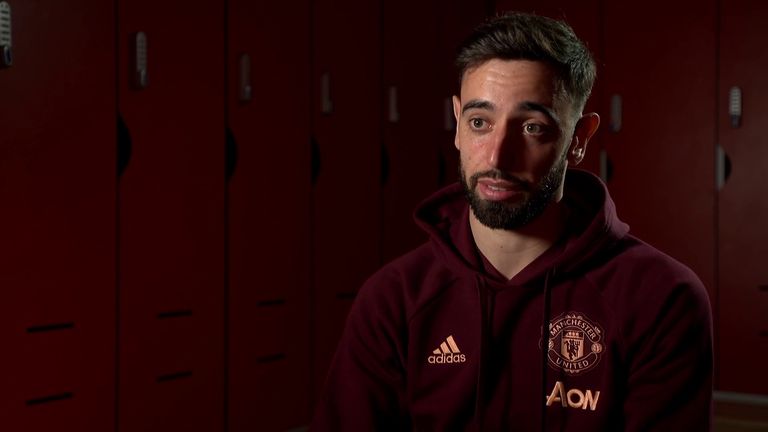 Bruno Fernandes explains why Manchester United have plenty of room for improvement even if they win the Europa League final.

The Portugal midfielder has played an integral part in United's run to the Europa League final and their second-placed finish in the Premier League this season, which is their third top-three position in as many years.

Cantona is one of the Premier League's most iconic figures and is often remembered for his enigmatic character and enthralling displays in a United shirt.

The forward arrived at Old Trafford in 1992 and played an influential role in Sir Alex Ferguson's team, winning four Premier League titles and two FA Cups before his departure in 1997.

Fernandes and Cantona met for the first time recently and comparisons have been drawn between the pair's exciting attacking abilities.

Ahead of United's clash with Villarreal in Gdansk, Poland, on Wednesday, in which Fernandes could win his first major honour for the club, the attacking midfielder admits he is flattered to hear that people have identified similarities between him and Cantona.

Fernandes, who has scored 28 goals and registered 17 assists across 57 matches in all competitions this season, told Sky Sports News: "I just said it was a pleasure to meet him. It is normal. People compare players every day.

"It doesn't matter who the player is or when they were in the past. People like to compare and make that comparison.

"Honestly, it is a tough one because the impact he had was really high. He won many major trophies with the club. He won many things.

"It means I need to be better every day. To be compared with him makes me work harder to be better and to keep, in the mind of the people, to compare me with him.

"I don't want to be compared but at the same time, I have to do better and better to keep people saying and doing the right things.

"At the same time, I don't care a lot about what comes in the media but I will not say it is not good to hear people say good things about you.

"Of course it is good. Everyone likes that. It doesn't matter if you play football or do other things.

"If you go to get your hair cut and go home and your kids say 'your hair is better than it was before' of course you are happy to hear that. In football it is the same."

Fernandes goes into Wednesday's Europa League final in the same rich vein of form which he has produced since his arrival from Sporting Lisbon in January 2020.

He scored twice and had a hand in two more goals as United thrashed Roma 6-2 in the Europa League semi-final first leg and he assisted Edinson Cavani in the second leg at the Stadio Olimpico.

Fernandes was rested for United's final league game of the season against Wolves but scored twice in his last four Premier League matches, which saw him finish third in the top scorers' chart with 18 goals.

The playmaker, who was named in Fernando Santos' 26-man Portugal squad last week ahead of this summer's European Championships, also finished second behind Harry Kane in the Premier League assists rankings.

Mason Greenwood can enjoy a "great" career if he continues to deliver impressive performances for Manchester United, claims their former forward Mark Hughes.

Aged 19 and with his first-team debut having come only two years ago, Greenwood is now an established member of Ole Gunnar Solskjaer's side and has developed into one of the most exciting young attacking talents in European football.

Comparisons have been drawn between the youngster and the club's former striker Robin van Persie because of his two-footed play and powerful shooting ability.

Hughes is a huge admirer of the academy product and predicts that he will excel further in the coming seasons, but unlike Van Persie's centre-forward role at the club, he thinks a wide position is where Greenwood is most effectively deployed in United's starting line-up. 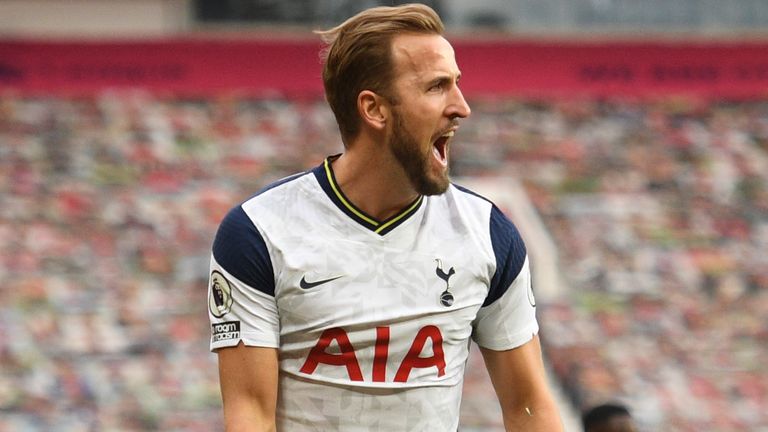 Hughes told Sky Sports News: "I like Mason, I think he is an exceptional young player. He enjoys that right-hand side of the pitch. I think that's his best position, he enjoys coming in on his left foot but he can go the other way as well.

"It's really difficult for defenders when you're up against a player who doesn't really favour one side or the other. If you show him one side, he'll go the other way and he can get off shots really strongly with either foot.

"I think he doesn't really enjoy being down the middle as much as those wider positions, much like Marcus Rashford and Anthony Martial in that regard, so he can attack full-backs and he has that space.

"He's well thought of at the club, a lot of people say he's arguably the best finisher at United. You sense that if he can keep on the trajectory that he's on now in terms of his progression and can keep performing then he is going to have a great career at United.

"He's had a great start, I think some people forget how old he is and it's not easy to go right through the ranks at the club and pull the shirt on. To break into the first team and hold your own shows what talent he has got and credit to him."