Michael Carrick on his decision to leave Manchester United: "After a lot of thought and deliberation, I have decided that now is the right time"; first-team coach Carrick, who made 464 appearances for the club, was made caretaker manager after Ole Gunnar Solskjaer's departure 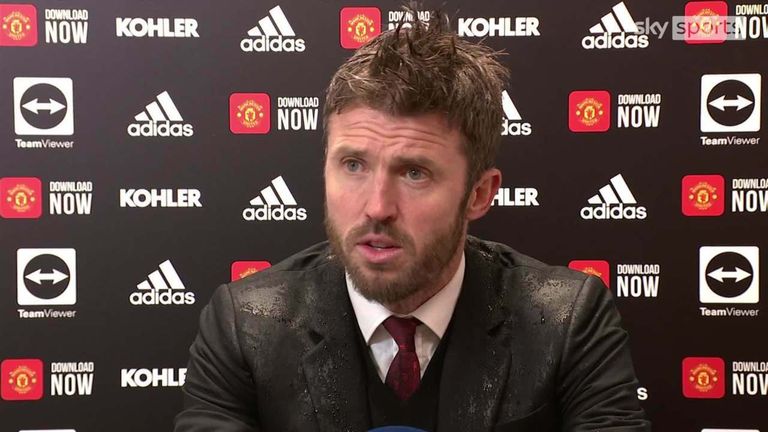 Michael Carrick has stepped down as Manchester United first-team coach and will leave the club following the conclusion of his spell as caretaker manager.

The 40-year-old's decision to walk away ahead of interim boss Ralf Rangnick's arrival was announced just minutes after he took charge of Thursday night's 3-2 Premier League victory over Arsenal at Old Trafford.

Carrick, who played 464 games for United between 2006 and 2018 and won five Premier League titles, the FA Cup, two League Cups, the Champions League, the Europa League and the Club World Cup, served on the staff under both Jose Mourinho and Ole Gunnar Solskjaer.

He said: "My time at this great club will always rank as the best years of my career. When I first signed over 15 years ago, I never in my wildest dreams could have imagined winning so many trophies and I will certainly never forget the fantastic memories both as a player and as a member of the coaching team.

"However, after a lot of thought and deliberation, I have decided that now is the right time for me to leave the club.

"I want to place on record my thanks to all of the players and a special mention goes to the backroom staff, working long hours with such a great group of people has been a real pleasure and I have made some long-lasting friendships. 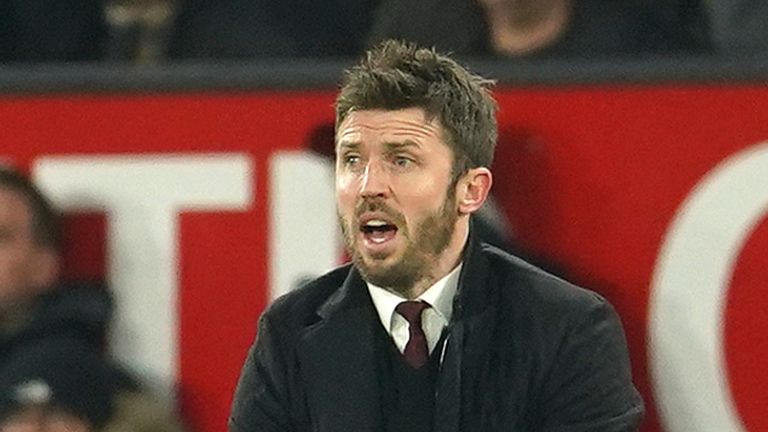 "I am, and will always be, a Manchester United fan and will come to as many matches as possible. I would like to wish Ralf, the staff, the players and the fans all the best for the future and I look forward to being in the stands and supporting the boys as a fan."

"Thank you to Carrick as well. He is leaving us today. Thank for you everything he has done for this club, not just as a player but as a manager as well now. Good luck to him." Manchester United football director John Murtough added: "Michael leaves with the sincerest thanks and best wishes of everyone at Manchester United after 15 years of exceptional service to the club as a player and as a coach. While we are sad to see him go, we respect and understand Michael's decision.

"He will always be known as one of the finest midfielders in the history of Manchester United, and, more recently, as an excellent coach who has worked tirelessly under two managers to help develop the strong squad which Ralf will now take charge of.

"We are grateful for the steady leadership Michael has shown through this period of managerial transition, and, while he is now stepping away from day-to-day involvement, he will always be welcome back as a legend of the club."

A player.
A coach.
A manager.

But above all else, a genuine Manchester United legend.

Pleasure playing with you @carras16 made some great memories. Best of luck in the future legend ❤️

Always a class act as a player and continued that as interim manager.
Whatever you choose to do next I wish you the best @carras16 ❤️@ManUtd pic.twitter.com/H93R4DlI4r

Really happy to celebrate my 100th appearance for this club with a win and with our fans. Hopefully, many more games to come 🙏🏻

Cristiano Ronaldo's double, which included his 800th career goal, inspired Manchester United to a 3-2 victory over Arsenal at Old Trafford, with the club confirming Carrick's departure from the club moments after the final whistle.

Watched from the stands by new interim boss Ralf Rangnick, who has been granted his permit to begin work at United, the hosts found themselves behind early on after Emile Smith Rowe's controversial opener (13).

The England international's shot found the back of the net with David de Gea down injured, but, with referee Martin Atkinson not blowing his whistle, the goal was eventually given after a VAR check with Fred causing the Spanish goalkeeper's injury.

United hit back through Bruno Fernandes just before the break before Ronaldo's landmark goal turned the game on its head seven minutes into the second half.

In what was a topsy-turvy game, Arsenal found their own response just two minutes later through Martin Odegaard, but goal 800 was quickly followed by 801 as Ronaldo converted from the penalty spot after Odegaard was penalised for a foul on Fred after a VAR check.

It was enough to secure United a much-needed victory in what was Carrick's final game in charge with Rangnick set to take the reins for Sunday's game against Crystal Palace.

The victory sees United, who ended a run of four games without a win in the league at Old Trafford, move up to seventh, two points behind fifth-placed Arsenal, who missed out on the opportunity to move into the top four.

The 63-year-old German was appointed on Monday, but he has been waiting for the approval process and necessary paperwork to be completed.

Rangnick was in the stands at Old Trafford for Thursday's 3-2 Premier League win against Arsenal, with Michael Carrick in charge of United for the final time in his caretaker spell.

The former Schalke, Hoffenheim and RB Leipzig boss will speak to the media for the first time in the role on Friday ahead of the opening game of his tenure at home against Crystal Palace on Sunday.