Man Utd's dead rubber Champions League clash with Young Boys gave Ralf Rangnick chance to make 11 changes, including starting Mason Greenwood; 20-year-old opened scoring with stunner; "My job is to make an athlete out of him." 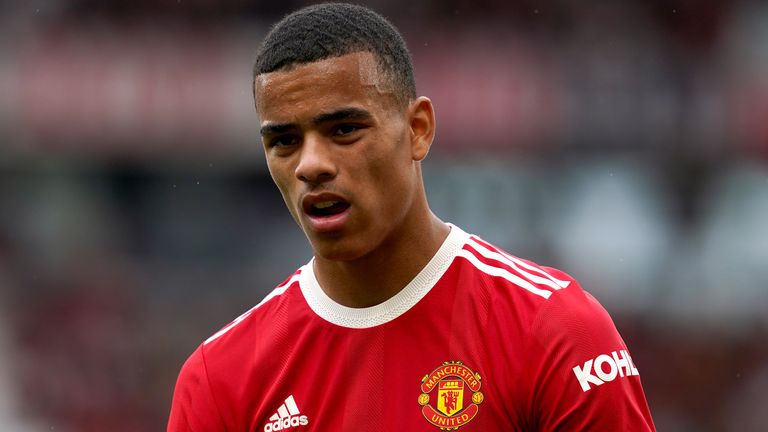 Interim Manchester United manager Ralf Rangnick was delighted by the display of "massive talent" Mason Greenwood and now wants to help him develop physically and mentally.

Wednesday's Champions League encounter against Young Boys was a dead rubber as United were already assured of their place in the last-16 draw as Group F winners.

It gave Rangnick the opportunity to make 11 changes for his second match as interim boss, with United's homegrown forward shining brightest and scoring an outstanding acrobatic volleyed opener in a forgettable 1-1 draw.

"I think today he also showed not only the quality because of that beautiful goal, but also the way that he set up the opportunity for Juan Mata was brilliant," the German said.

"He's a massive talent - left foot, right foot, good on the ball. Also the way that he set up the goal for Fred on Sunday, so it's about continuity.

"He has to develop physically but technically for his age he is a great player. My job is to develop him, to make an athlete out of him and if he manages to do that, he can become a regular player for this club."

8 - Mason Greenwood has scored his eighth goal in major European competition (excl. qualifiers) for @ManUtd, the most of any player for the club before their 21st birthday, overtaking Marcus Rashford. Natural. pic.twitter.com/JdHjhhBHtW

Rangnick knows a thing or two about the world's best young attackers, having helped bring Erling Haaland to RB Salzburg - one of United's potential last-16 opponents - when working for Red Bull as head of sport and development.

"They are a different kind of striker," he said when asked how the Norway striker compared to Greenwood in terms of ability.

"And as I said, sometimes he looks a bit not on an athletic level. I think we have to develop him there physically, but technically all the things that he can do with the ball are outstanding.

"So, I am not so much worried about his technical level. We need to develop him physically and mentally to become the strongest version of himself.

"And if we manage to do that, he can become a regular player and a valuable player for our club in the future."

6 - Manchester United have featured six teenagers tonight, only the fifth time that's ever happened in a match in Champions League history and the second time by an English side, after Arsenal vs Olympiakos in December 2009. Youngboys.

Donny van de Beek and Aaron Wan-Bissaka were involved, with the latter ending the night receiving treatment by the advertising hoardings.

"He received two knocks - one again unfortunately on the wrist and the other one on his knee," Rangnick said of the right-back, who has been out with a wrist issue.

"He's been treated now in the locker room but we have to wait and see what the situation around those two knocks will be like tomorrow. But I am positive that he can the day after tomorrow train again and hopefully become part of the team against Norwich (on Saturday)."

Manchester United visit Norwich in the Premier League on Saturday Night Football; coverage starts at 5pm with kick-off at 5.30pm.