Former Barcelona coach Carles Rexach claims Real Madrid sold Angel Di Maria to Manchester United because he was 'too ugly' to play for them.

Di Maria joined United from Real for £59.7m in the summer after helping Carlo Ancelotti’s side to win the Champions League but Rexach has made the bizarre claim that the real reason he was sold was because he didn't fit in with the Galacticos' pretty boy image.

Rexach, who played for Barcelona and coached the side in 2001, says Madrid president Florentino Perez is trying to sell an 'international brand' and that includes having good looking players in their squad.

Rexach told Spanish media outlet Regio7: "Florentino Perez looks at the world market and wants a team of Galacticos for everyone to admire. Do you understand what I mean?" 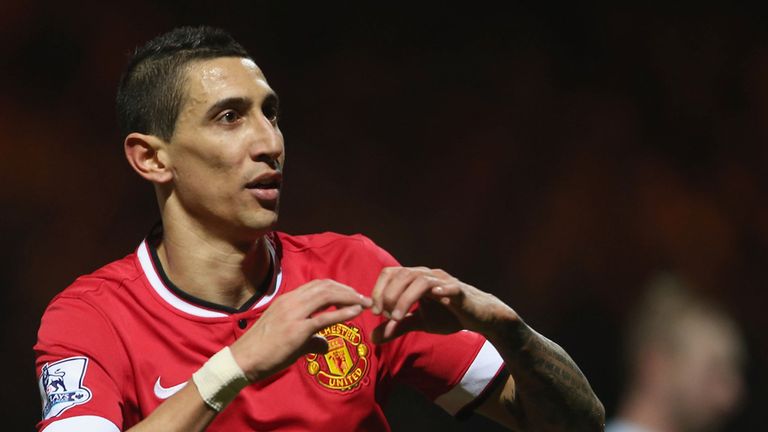 "Vicente del Bosque and Di Maria are too ugly for Real Madrid. They are different from Toni Kroos and James Rodriguez."

"Ronaldo is the flagship of the club. Perez is selling an international brand. Vicente del Bosque and Di Maria are too ugly for Real Madrid. They are different from Toni Kroos and James Rodriguez."

Rexach, who is tipped for a role as a director in a shake-up taking place at the Nou Camp, has a track record of making bizarre claims after also saying that the real reason Lionel Messi wasn't at his best for Barcelona last season was because he 'ate more pizza than he should have'.

Di Maria, who spent four years at Madrid, has struggled to find his top form at United and was substituted at half time of United's 2-0 win against Sunderland on Saturday.

The Argentine winger's ability to settle into life in England has also been badly hit after his family were forced to move out of their Cheshire home when they were the victims of an attempted robbery in January.

Watch Villarreal tackle Barcelona in the second leg of their Copa del Rey semi-final on Sky Sports 5 HD from 7.00pm on Wednesday 4 March.