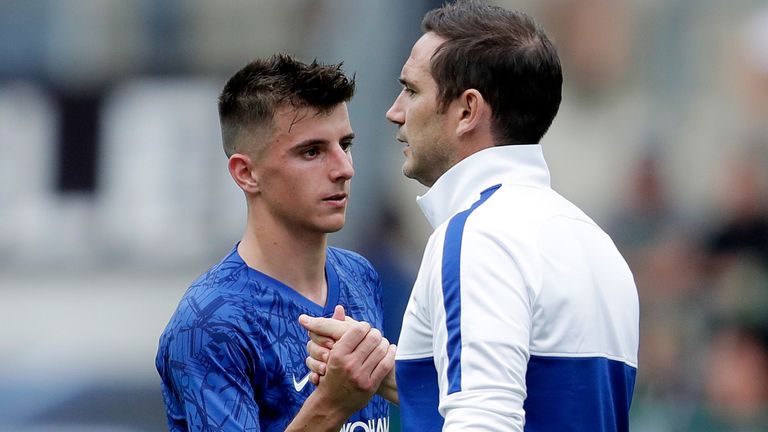 Mason Mount says he has undertaken extra training sessions with Frank Lampard and insists there is "no better person to learn from" than the Chelsea boss.

The 20-year-old midfielder has been called into Gareth Southgate's England squad for the Euro 2020 qualifiers against Bulgaria and Kosovo following an impressive start to life in the Premier League under Lampard at Chelsea, after the pair enjoyed a successful season together at Derby last term.

Lampard is Chelsea's record goalscorer with 211 goals in 648 games and Mount, who has scored twice in four Premier League matches this season, is keen to soak up as much knowledge as he can from the Blues boss, which has seen him take on extra one-on-one sessions after training.

"After training we do some finishing sometimes," he said. "I'm obviously talking to him every day, especially after the games - what I can do better, where I can make the runs and where I can get into the box.

"I'm always speaking to him and trying to learn things every day, mostly after training doing finishing.

'Mount, Maddison can thrive for England'

"There is no better person to learn from than him."

Lampard won over 100 caps for his country during his own playing career and Mount, who joined up with the England squad in October last year without playing, said that he has spoken with his club boss for advice ahead of a potential first senior cap this time around. 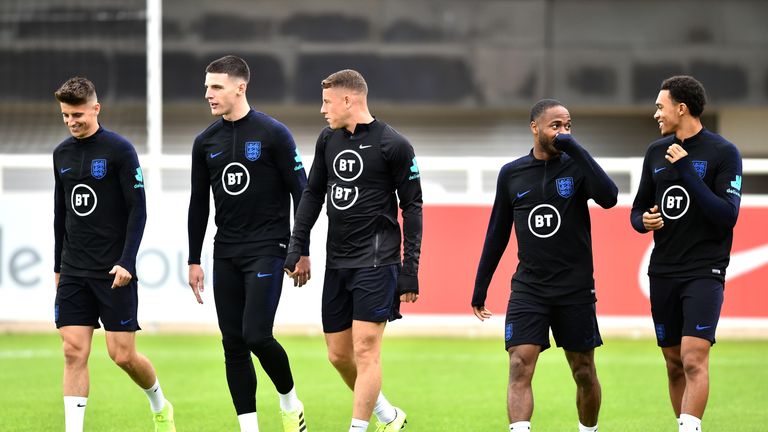 "When I got called up first last year, he [Lampard] sat me down in his office and said to me I was called up," he said.

"It was a massive, massive moment for myself. This time, he just spoke to me and said, 'You've been called up again, go into it working hard like you've been doing at Chelsea'. So I've spoken to him a little bit and taken stuff off him, as I always do.

"When I'm with him it's mostly about club football, focusing on what we're doing in the Premier League. Having one or two chats with him, he's said it's obviously such a proud moment to represent your county so go and enjoy it.

"It's such an exciting time for English football. He said just go there and enjoy playing football for England."

Chelsea have picked up five points from their opening four Premier League games this season as Lampard navigates the club through a transfer ban, while trying to integrate a number of youth players into the first team.

Mount acknowledges the young team have had an inconsistent start to life in England's top flight but is determined to improve going forward and says the younger players have earned their place in the side.

''It's been a tough start. We have a young team - obviously we've come together," he said. "It's a new team as well. But we've been working hard and it's been a start we look back on and think, yeah, it's been ok, but we're looking forward to working hard even more.

"I think it maybe played a part [him playing more due to transfer embargo], but you've got to work hard to earn your starting place. All the boys have done that and it's been a good start and we're obviously hoping to keep that going.

''It's a big step up [from the Championship]. You look at the league, it's one of the best leagues in the world. The level of performance throughout every team is massive so it's definitely a step up but I think if you're ready for that step up and ready to go into the game, you know how high intensity the Premier League is, so you've got to be ready to take every opportunity. So, it's been a good start for me and I'm looking forward to the rest of the season."