Tammy Abraham 'learnt from me' at Chelsea, says Didier Drogba 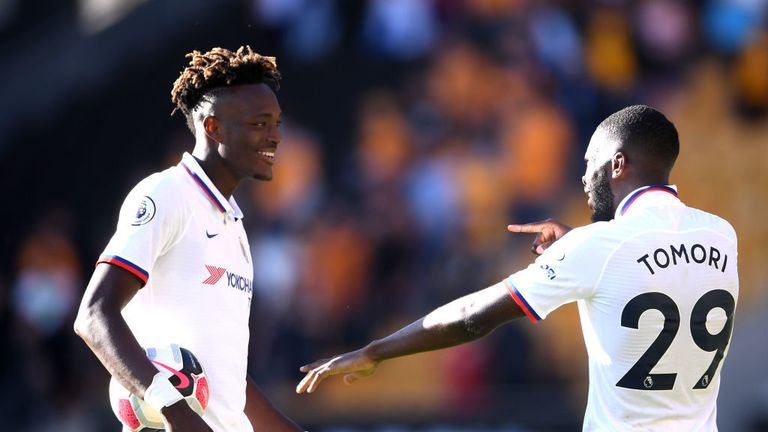 Didier Drogba has revealed that Tammy Abraham learnt from him in training during his time at Stamford Bridge, and has praised the striker's form at the start of this season.

Abraham has scored seven goals in five Premier League games at the beginning of the campaign, with Frank Lampard insisting the England U21 international would have got his chance in the Chelsea first team irrespective of the club's current transfer ban.

The 21-year-old joined the Blues at U8 level and Drogba, who scored 164 times in 381 games in all competitions for the club, says Abraham took inspiration from senior players during his time progressing through the academy.

"Yeah, I've known him [Abraham] since he's been like this," Drogba explained.

"These are kids we used to see, they used to come and watch us training, and I believe they learned a little bit of our skills, how we read the game.

"So, you know, we're not surprised because I also trained with them when I used to train with the reserve team.

"It was always a moment for me to give away some skills, some knowledge, and they learnt really fast, really quick.

"So once again, I'm not surprised with what I've seen [with Abraham]."

Abraham's team-mates Mason Mount and Fikayo Tomori were both on loan at Derby County during Lampard's tenure there as manager in the 2018/19 campaign.

The duo have played a combined total of 817 minutes and scored four goals in all competitions between them for Chelsea so far this term.

Drogba believes Lampard's emphasis on selecting young players for first-team games in the top flight and Champions League will prove to be a success.

"I think he (Lampard) is focusing on Chelsea and it happens that he needs to work on young players, to give them a chance. 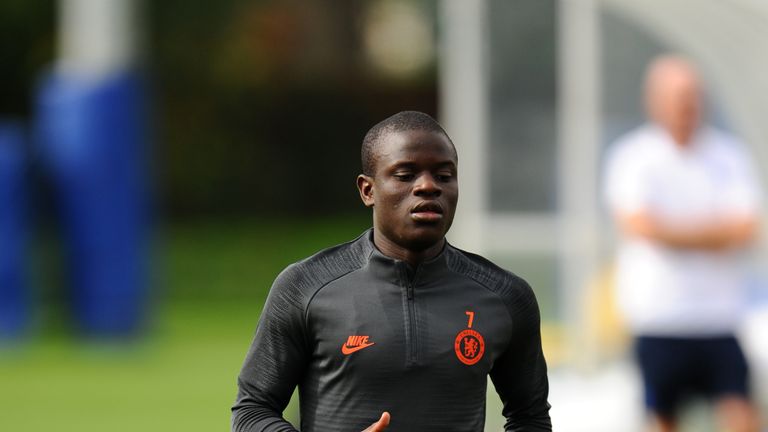 N'Golo Kante appeared to be stepping up his recovery from injury as he trained ahead of Chelsea's Premier League clash with Liverpool on Sunday.

"Being an ex-player from the club, it helps a lot because we've seen all these kids when we were training.

"So, you know, you have to give them a chance and when you do, they deliver.

"They've been performing. Of course, there will be maybe a lack of experience in big games like Champions League but I'm not worried.

"I'm really happy with the work that Frank is doing right now. And the fans, and the people who know football, they understand."