Follow our live blog of Chelsea vs Ajax in the Champions League on Tuesday (kick-off: 8pm) 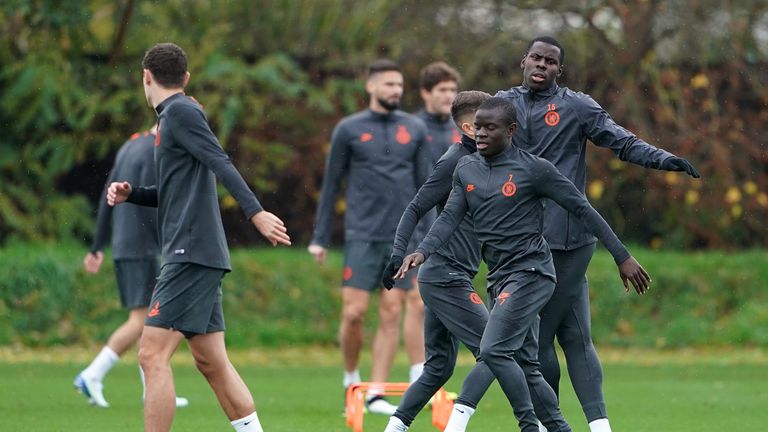 Chelsea boss Frank Lampard says N'Golo Kante's return from injury provides him with a 'nice problem' with his selection for Tuesday's clash with Ajax.

Kante has made just six appearances for Chelsea this season and has missed their last five games after his previous comeback was curtailed by a groin injury picked up on international duty with France.

"He's in the squad, so he's fit," Lampard said on Monday.

"It looks nicely like the injuries and the few niggles that he was getting have cleared up and we've been able to get some work into him.

"It's always a little bit stop-start before that, so yeah, he's in the squad and available."

Chelsea have coped admirably in Kante's absence, with Jorginho and Mateo Kovacic excelling in central midfield during a run of eight wins in their last nine games in all competitions.

However, with fixtures continuing to come thick and fast for Chelsea, Lampard is excited to welcome back the World Cup-winning midfielder.

"Of course he's huge for us," Lampard said.

"He's one of the best midfield players in the world and has been for a few seasons, so I won't complain about the nice problem that I have with him fit.

"I want competition. We're playing every three or four days at the minute. So I'm going to need all of them."

After losing at home to Valencia in the opening game of their Champions League campaign, Chelsea have picked up back-to-back away victories at Lille and Ajax to move alongside the Dutch side on six points at the top of Group H.