Chelsea transfer ban lifted: Which players could they sign in January?

Ben Chilwell, Jadon Sancho and Wilfried Zaha are among the names to have been linked with Frank Lampard's Chelsea

Chelsea are free to sign players in January after successfully appealing their transfer ban to the Court of Arbitration for Sport, but which areas need strengthening? And which players could Frank Lampard target?

The Blues have started the season strongly under Lampard, sitting six points ahead of fifth-placed Wolves in fourth and only three behind reigning champions Manchester City.

But they are unlikely to pass up an opportunity to strengthen their squad in January having been banned from making signings during the summer - and there is talk of a big budget to play with following the money-spinning sales of Eden Hazard, Alvaro Morata and David Luiz in the summer.

The main area in need of attention is the defence. Chelsea have conceded 21 goals in their 15 Premier League games so far - the same number as Bournemouth - and have only kept three clean sheets, which is fewer than relegation-threatened West Ham.

Chelsea appear well-stocked at right-back, where they have the youthful exuberance of Reece James and the experience of Cesar Azpilicueta, but the left-back position is perhaps the primary area of concern.

Marcos Alonso has been a good servant to Chelsea and played an important role in the 2016/17 Premier League title triumph under Antonio Conte, but he remains defensively suspect and the same can be said of Emerson, who has generally been Lampard's first choice for the position this season. 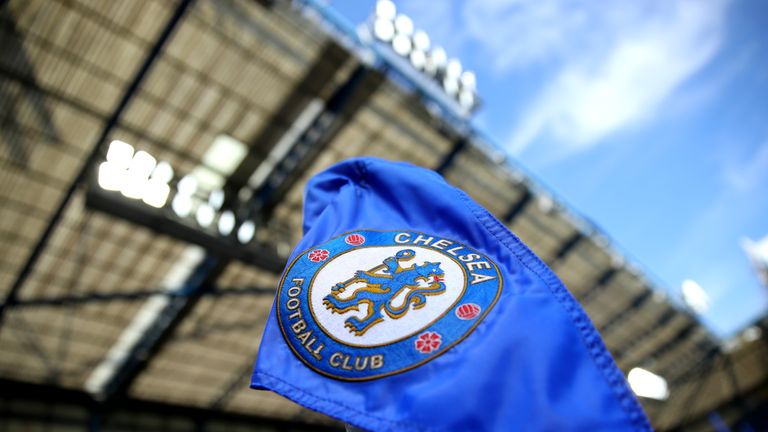 At centre-back, Kurt Zouma and Fikayo Tomori have been the most commonly-used starters, but they have struggled at times, with the latter's form dipping after a strong start to the campaign, while Andreas Christensen has also endured some difficult moments.

Antonio Rudiger's return from injury is good news for Lampard, but Chelsea do not have any centre-backs over the age of 26. The lack of experience in the position is something he may seek to address in the upcoming window.

There can't be too many complaints at the other end of the pitch, where Chelsea continue to score freely, but could Lampard be tempted to bring in more support for Tammy Abraham?

Michy Batshuayi has impressed at times, but Olivier Giroud's future is uncertain and his departure would open a space in the squad for a new back-up striker to share the scoring burden. There might also scope for a new winger, with Pedro and Willian both in the final years of their contracts.

Who are the potential targets?

One player mooted as a potential solution to Chelsea's left-back issue is Ben Chilwell. The 22-year-old has been a key figure in Leicester's excellent start to the season under Brendan Rodgers, his form earning him a regular starting spot in Gareth Southgate's England team too. The problem, of course, is that Leicester are unlikely to let him go easily.

Another reported defensive target is Nathan Ake. Bournemouth, like Leicester with Chilwell, will be reluctant to let him go, but there have been newspaper reports that Chelsea inserted a £40m buy-back clause into the deal which took him from Stamford Bridge to the Vitality Stadium in 2017.

In October, Chelsea scout Piet de Visser encouraged the club to make their move. "I hope they buy him back," he told De Volkskrant. "That boy is perfect for them and he has played with Lampard."

As for attacking targets, there are a number of names circulating. Chelsea are among the top-six clubs to have been linked with Crystal Palace's Wilfried Zaha, while they are also said to be monitoring Jadon Sancho's situation at Borussia Dortmund. The 19-year-old's future in Germany is uncertain after he was dropped and fined for a recent disciplinary breach.

According to Sky Sports News, Chelsea are also interested in CSKA Moscow striker Fedor Chalov. Crystal Palace saw a string of bids for the 23-year-old turned down during the summer, but the Russian club are now said to be preparing for his exit in January and Roman Abramovich is a fan.

Lyon's Moussa Dembele and Bournemouth's Callum Wilson have also been linked with Chelsea in the past, while there has also been talk of interest in Germany international Timo Werner, who has been in prolific form for RB Leipzig this season.

What has Lampard said?

Lampard has maintained that Chelsea will "cross that bridge when they come to it" when asked about potential January transfer plans this season, but he has made no secret of the fact that he is open to the idea of adding to his squad.

"I am very happy with what I've got, but it is something we would always look to as Chelsea," he said in November.

"Can we improve in areas and only do business if we can improve and it feels it is the right thing for the group? Not just personnel wise, but in the balance and the way we are going. I will look at that one."