The club are actively pursuing the purchase of a new left-back and have joined Everton in the race to sign Real Madrid's Sergio Reguilon, voted the best left-back in La Liga last season.

Last week, Everton bid £18m for the Real Madrid academy product - who received rave reviews while on loan at Sevilla, helping the club to fourth place and Champions League qualification.

Chelsea's interest may cast doubt over whether the club will continue their pursuit of Leicester and England left-back Ben Chilwell, having so far failed to reach a deal with the two clubs poles apart on a valuation.

A new goalkeeper is also high up on Chelsea's wish list. They will look to sell Kepa in this window or find a club who will take him on loan.

Pedro has had surgery on his shoulder, leaving Saturday's 2-1 FA Cup final defeat to Arsenal as his last game for Chelsea.

The Spain winger confirmed his successful operation on social media, ahead of his move to Roma.

The 33-year-old landed awkwardly on his right shoulder when appearing as a replacement in the Blues' Wembley defeat.

In a post on Instagram, Pedro said: "The surgery went well, I will be back soon. It was a pity not to win the FA Cup. Thank you for all your support."

Pedro has spent five years at Chelsea, having joined the Blues from Barcelona in 2015.

The Insider: Why Chelsea need another legend

You don't have to be a mind-reader to work out what John Terry was ​probably thinking as he watched Arsenal score their second goal in the FA Cup final against Chelsea on Saturday.

He must have been thinking what every Chelsea supporter who was watching on TV was thinking: 'What's the referee got against us - and what's happened to our defence?'

Hector Bellerin was in his own half when he picked the ball up and powered forward. From a Chelsea point of view, what followed was a comedy of errors involving all three of their centre-backs. In quick succession Antonio Rudiger, Andreas Christiansen and Kurt Zouma showed why Chelsea's defence needs major surgery this summer.

Chelsea target Kai Havertz has been tipped to become "an absolute superstar in the next few years" by German football expert Raphael Honigstein.

Bayer Leverkusen are holding out for £90m for the attacking midfielder, but Sky Sports understands a structured deal starting at £70m and rising to that higher figure with add-ons has been proposed. 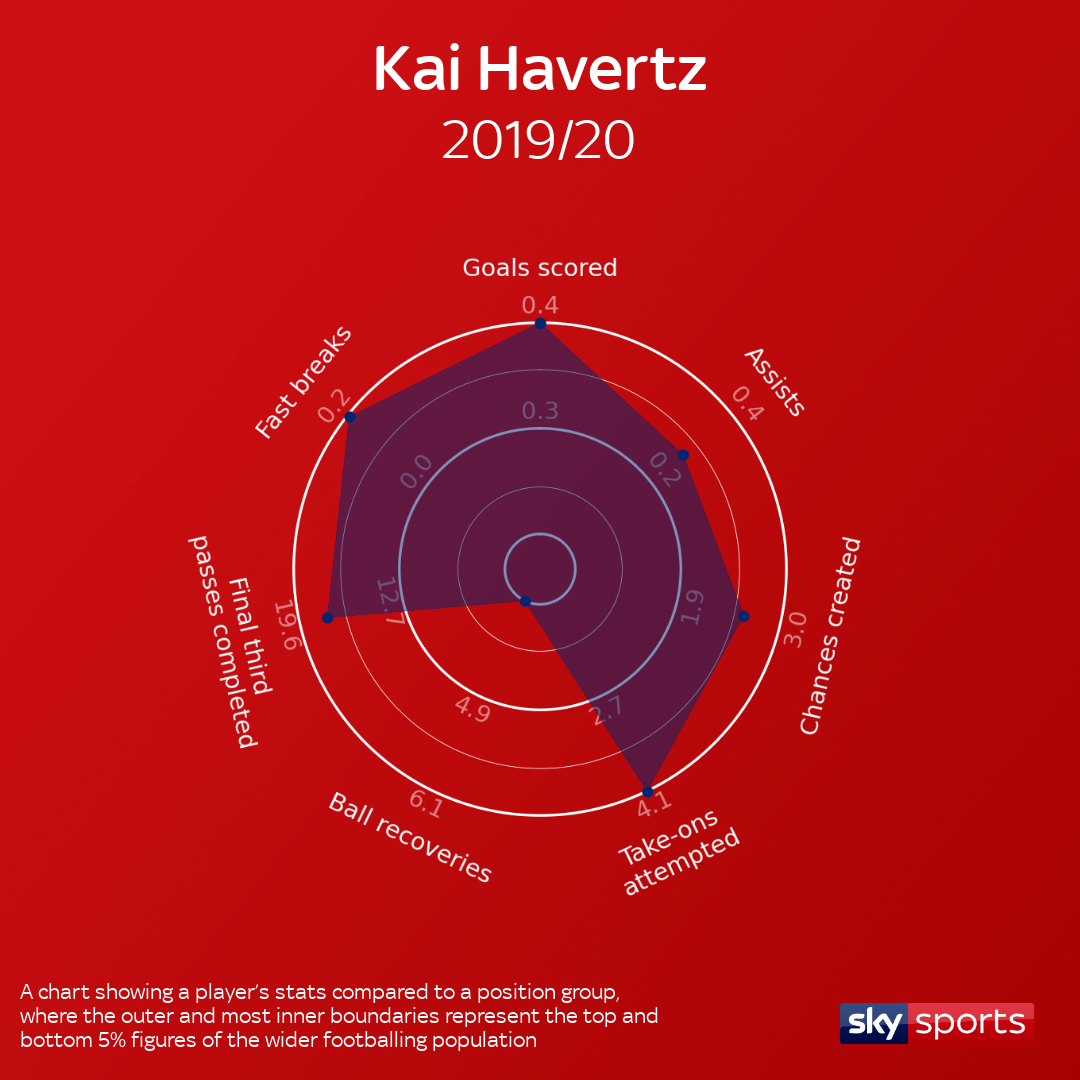 He told the Transfer Talk podcast: "He has work to do and has things to prove because he's only just turned 21 but he's an outstanding talent, there's absolutely no doubt about that. He's in a position where he could dominate the German national team over the next decade, depending on his position.

"If you look at the unique combination he has of technical ability and eye for a pass, but also having the ability to score and create goals himself, and his runs to be good in the air, I think the best way to sum it up is that he's a cross between Mesut Ozil and Michael Ballack.