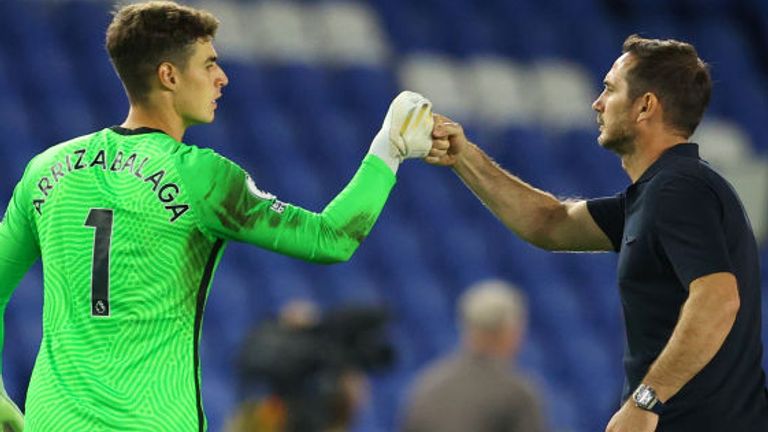 Frank Lampard says Edouard Mendy will not start for Chelsea against West Brom and plans to hold talks with Kepa Arrizabalaga in the next 24 hours.

Mendy completed his £22m move to Stamford Bridge on Thursday but Lampard says he has not had enough time to prepare for Saturday's trip to the Hawthorns.

That means either Kepa or Willy Caballero will start against West Brom and Lampard says he will speak to both players about the arrival of fellow goalkeeper Mendy.

"I haven't spoken to Kepa," said Lampard. "The announcement came and we trained.

"I didn't see Kepa but I will have a conversation with him and Wily Caballero over the next 24 hours. 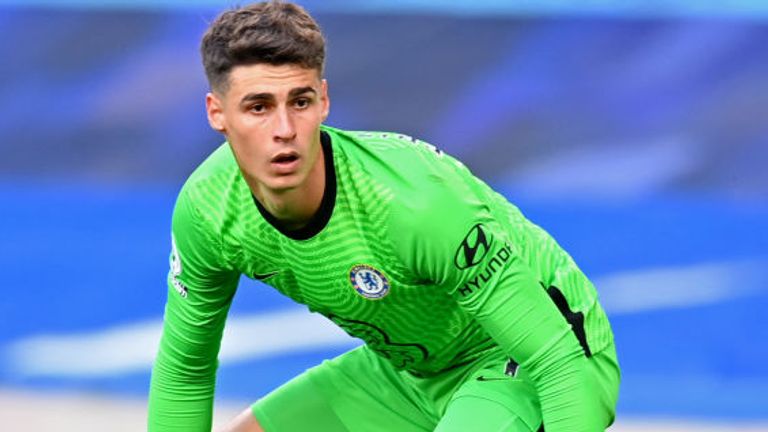 "I've a very open line of communication with both of them. It's important as goalkeepers, they have their own small union in the training ground because of the nature of the way they work together.

"There's good competition there now and that's how we move forward."

Kepa's position as first-choice goalkeeper has come under intense scrutiny after high-profile errors in each of Chelsea's two Premier League games this season.

Lampard sought the advice of former team-mate Petr Cech before moving for Mendy, who has joined on a five-year deal.

The 28-year-old became Chelsea's seventh first-team signing of the summer but Saturday's game has come too soon.

"It's not going to happen," replied Lampard when asked if Mendy could start against West Brom. "He's had a long week where he hasn't really trained.

"He flew in yesterday (Thursday) and we just felt it's too tight a turnaround to put him in contention to start the game."

Rudiger left out of squad for third straight game

Centre-back Antonio Rudiger has once again been left out of Chelsea's matchday squad.

Rudiger was not in the 18-man squad for Sunday's game against champions Liverpool and was also left out for Wednesday night's Carabao Cup tie against Barnsley.

The defender has not at featured at all for Chelsea this season after he was an unused substitute in the club's opening weekend clash against Brighton.

Rudiger, who has suffered significant knee and groin injuries since joining Chelsea from Roma in 2017, would appear to be fully fit, having played all 90 minutes in each of Germany's Nations League matches earlier this month.

The 27-year-old was already understood to be considering his future, and the possibility of a loan move, with first-team football of vital importance to him with the rescheduled European Championships to come next summer.