Tammy Abraham's Chelsea future looks increasingly uncertain after he was left out of the squad for the FA Cup semi-final win over Manchester City on Saturday.

The 23-year-old England international, who is Chelsea's top scorer this season with 12 goals in all competitions, has registered four FA Cup goals across three games, including a hat-trick against Luton Town in the fourth round.

He is said to be fit and training well after recovering from an ankle injury, returning to the bench for last week's Premier League win at Crystal Palace and the Champions League quarter-final second-leg against Porto on Tuesday. 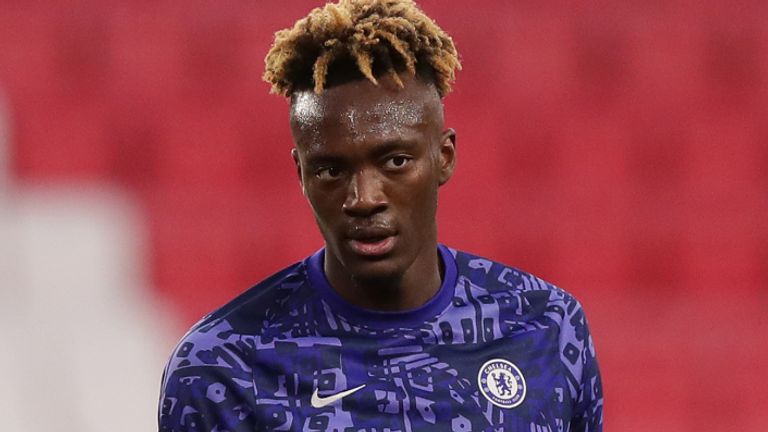 However, he was an unused substitute both times, with Chelsea boss Thomas Tuchel recently warning that Abraham will not be handed game time just to boost his chances of making England's squad for the European Championships.

Abraham has found himself marginalised since the arrival of German head coach Tuchel in January and his hopes of making Gareth Southgate's squad for the rescheduled Euros - set for this summer - are steadily fading.

A number of top clubs in the Premier League and across Europe are well aware of Abraham's lack of game time and are known to be considering a summer move to test Chelsea's resolve to keep their academy graduate.

"I cannot make a decision on the personal goals of players," Tuchel said. "Tammy has had a rough time.

"He's not had the impact we demand from him. He then got injured and lost the possibility to play for his place. We're in the decisive part of the season, where it's not so easy to bring injured players into shape.

"It's up to Tammy to do everything possible. We demand a lot of him, he demands a lot of himself."

Abraham was Chelsea's top scorer last season with 18 goals across all competitions.