Antonio Rudiger established himself as regular member of Thomas Tuchel's side following head coach's appointment in January; defender helped Chelsea to top-four finish and Champions League glory in 2020/21 season; Rudiger has just one year remaining on his contract at Stamford Bridge 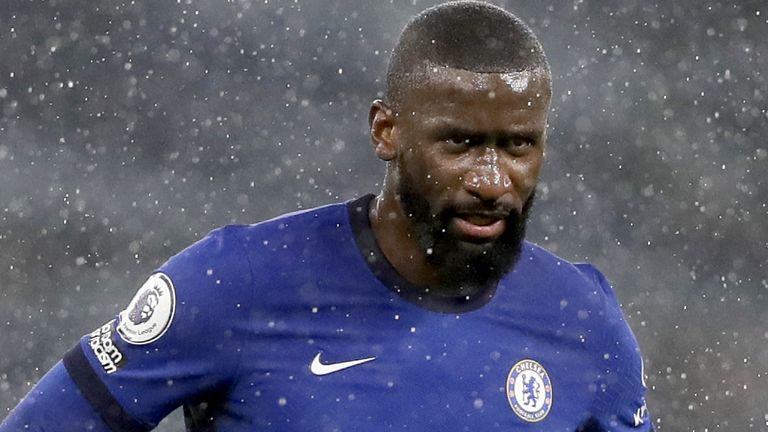 Antonio Rudiger has told Thomas Tuchel he is committed to remaining at Chelsea next season, even though the club have not yet opened talks with the defender over a new contract.

Rudiger has just one year remaining on the contract he signed with Chelsea when he arrived from Roma in the summer of 2017, and a number of clubs in England and Europe have contacted his representatives to enquire about his situation.

The German centre-back - who has started both of his country's games at Euro 2020 so far - established himself as a regular in Tuchel's side following his countryman's arrival as head coach in January.

He enjoyed a hugely impressive second half of the season and helped Chelsea to win the Champions League and finish in the top four of the Premier League.

However, Rudiger is currently set to be a free agent at the end of the 2021/22 season, and can sign a pre-contract agreement with a club outside of England from January next year.

The 28-year-old is understood to be keen to sign a new long-term contract at Stamford Bridge, but is willing to see out the final 12 months of his deal and leave for free next summer if an offer is not forthcoming.

Chelsea were in the process of extending Rudiger's deal ahead of the January transfer window, in order to protect his value ahead of a loan move.

Tottenham, Paris Saint-Germain and AC Milan were all keen to sign the defender, who had fallen out of favour under Tuchel's predecessor, Frank Lampard.

However, Lampard was sacked in January and replaced by Tuchel, and Rudiger opted to turn down any proposed loan moves in order to stay at Chelsea and fight for his place.

Both the Blues and Paris Saint-Germain have made £51.6m (€60m) offers but Inter want at least £68m (€80m), which Sky Sports News revealed earlier this month.

However, Inter are willing to take players as part of any deal and Chelsea full-backs Marcos Alonso and Davide Zappacosta are being discussed in negotiations.

They have joined Emerson Palmeiri and Andreas Christiansen as players that the European champions could offer in exchange - and Sky in Italy are reporting that Alonso in particular is a name Inter are warming to, along with Zappacosta.

Alonso, who has also been of interest to Atletico Madrid, has fallen behind Ben Chilwell for a place at left-back, while Zappacosta has spent the past few seasons out on loan, most recently with Genoa.