N'Golo Kante came off the bench and scored Chelsea's second goal as they claimed a dominant 3-0 win over Tottenham on Super Sunday; "If you have N'Golo, you have something that everybody is looking for," said Thomas Tuchel

Thomas Tuchel lauded N'Golo Kante after his game-changing impact in Chelsea's 3-0 win over Tottenham, describing the Frenchman as "everything you need in midfield" and saying he finds it "hard to believe" how good he is.

Kante had missed Chelsea's previous two games after aggravating an ankle injury in last month's 1-1 draw with Liverpool but he replaced Mason Mount after a goalless first half at the Tottenham Hotspur Stadium and inspired Chelsea to a commanding victory.

His headline contribution was his goal, a long-range effort which deflected in off Eric Dier eight minutes after Thiago Silva's headed opener, but Tuchel felt he elevated Chelsea in all aspects of their performance.

"I was absolutely not happy with the first 45 minutes," he told Sky Sports. "There were individual performances which were great in the first half from Kepa and Thiago Silva but in general we lacked intent, energy and relentless in duels and 50-50 balls."

The momentum completely shifted after Kante's introduction. "If you have N'Golo, you have something that everybody is looking for," added Tuchel in his press conference.

"You have everything that you need in midfield. You have work-rate, intensity, ball-wins, skilful play, off the ball, with the ball, dribbling, drive and, today, even a goal. 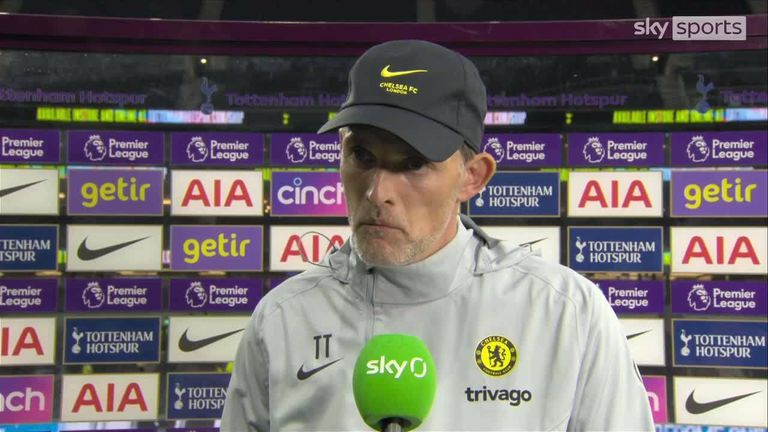 "I see this every day in training and it's hard to believe how good he is. Don't make the mistake of reducing him to ball-wins. He plays excellent in every possession game we have in training.

"He's a unique guy. We were strong in midfield with him, Jorgi [Jorginho], and Kova [Mateo Kovacic] in the second half.

Kante's arrival prompted a change of system from Tuchel as he sought to gain control of the midfield and he felt the 30-year-old was the perfect player to turn to after a first-half performance that had left him unimpressed.

"If you have N'Golo on the bench and you want to step up in these patterns of the game, it's the best player to bring because he is unique and he can change any momentum," he added. "It seemed to be a more defensive [change], but we wanted to improve our compactness, our ball-wins, our spirit as a team, and have a higher intensity and work-rate in our match to win balls actively, put the match in the opponents half, and then rely on our skills.

"That was the idea behind it. I am happy with the reaction. The reaction was absolutely needed.

"We played a very, very strong second half to deserve this win."