Aston Villa midfielder Carney Chukwuemeka is set to join Chelsea after six years at Villa Park; 18-year-old had 12 months remaining on his contract and had no interest in signing an extension; the England U19 international was part of the squad that lifted the U19 Euros this summer 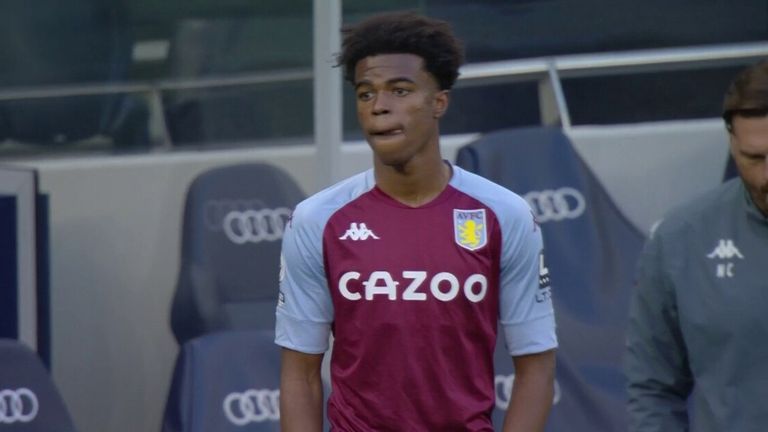 Chelsea have reached an agreement with Aston Villa for the permanent transfer of Carney Chukwuemeka for a fee in the region of £20m.

The 18-year-old has been given permission to travel to London to discuss personal terms and is undergoing his medical.

He made 12 Premier League appearances last season but only started twice and it is understood he is keen to get more top-flight game time.

In late July, Sky Sports News reported that Chukwuemeka - who was part of the England U19 squad that lifted the European Championship title this summer - had no interest in discussing a new contract with the club he has been with since the age of 12.

Barcelona had shown an interest, while Borussia Dortmund enquired about signing him and Chukwuemeka was keen to talk to Dortmund about the possibility, having seen the opportunities given to other young England exports such as Jadon Sancho and Jude Bellingham.

Steven Gerrard had previously confirmed he was part of his plans for the season, even though he was left out of the team's summer tour of Australia, saying: "The best thing for him would be to continue his training regime back at Bodymoor (Heath training centre)."

The Blues have already signed Raheem Sterling and Kalidou Koulibaly this summer, along with teenagers Eddie Beach from Southampton and Omari Hutchinson from Arsenal.

"He's been described as one of the best young players in England, the reason Aston Villa have sold him is because he only has a year left on his contract.

"When it became clear he wasn't going to sign a new contract, he was left out of their squad for their pre-season tour. Aston Villa were willing to let him leave as long as they got the right price. From Villa's point of view, £20m for an 18-year-old player, is a good deal.

"He was also a part of the England U19 side that won the U19 Euros last month and he was in the Team of the Tournament.

"Chelsea are not just signing big-name players like Kalidou Koulibaly and Raheem Sterling, they almost have a twin-track approach this summer, buying up some of the best young players in England.

"They signed Omari Hutchinson, an 18-year-old winger from Arsenal, and they've added Carney Chukwuemeka as well." 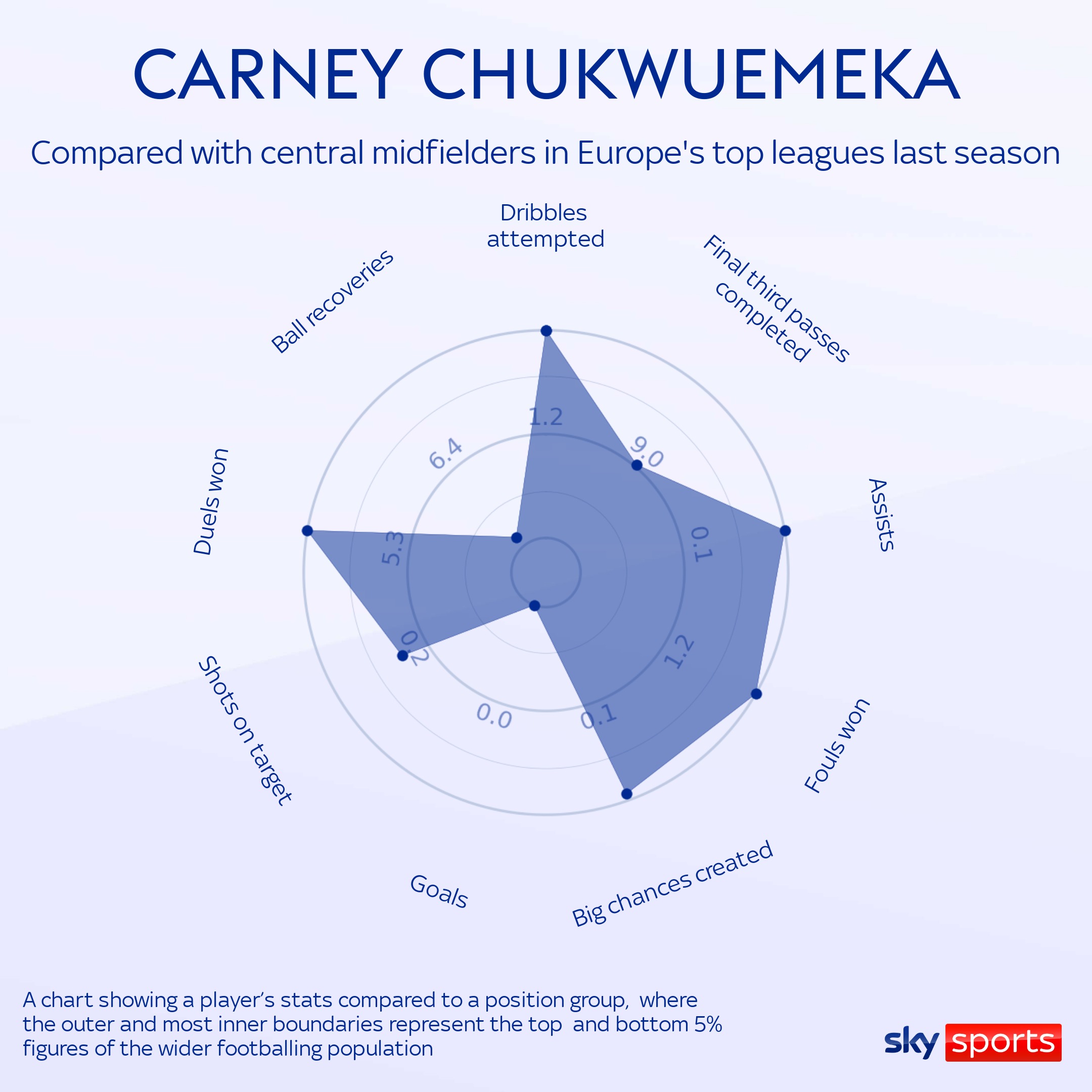 Reddy: Chukwuemeka is a gem of Villa's academy

"Chukwuemeka is a very good player. At 16, he was deemed the best 16-year-old in the country, he was already starting for Villa's U23s and is the gem of their youth system, who they're very proud of.

"This is very surprising - not in the way that Chelsea have come up with a few shocks - but it was thought he would be heading elsewhere in Europe. Dortmund were very keen, as were Milan, Barcelona got very far in negotiations. It was just the valuation which put those teams off.

"While he is a phenomenal talent at 18, it's still a bit much to pay when there is no guarantees over how he will continue to develop.

"Chelsea have got themselves a kid who has extraordinary vision, so composed in possession, dribbling awareness and has real surety in himself. I'm excited to see how he develops if he gets the opportunity to advance as he has done at Villa."