Jurgen Klopp has questioned the scheduling of England's friendly with Germany after Adam Lallana suffered a thigh injury on international duty.

Lallana picked up the injury in the first half of England's 2-0 World Cup Qualifier win at home to Lithuania but played the entire 90 minutes thinking he had only suffered a dead leg.

The midfielder has since returned to Merseyside and the club have diagnosed the problem as a thigh injury, which means he is likely to miss the next four weeks.

Although Klopp, who is preparing his team for the Merseyside derby against Everton on Saturday live on Sky Sports, is frustrated with losing one of his key men, he was not looking to blame anyone in particular for Lallana's injury.

However, Klopp does believe the planning behind England's friendly with Germany, which came just 72 hours after Liverpool's game with Manchester City, made "no sense". 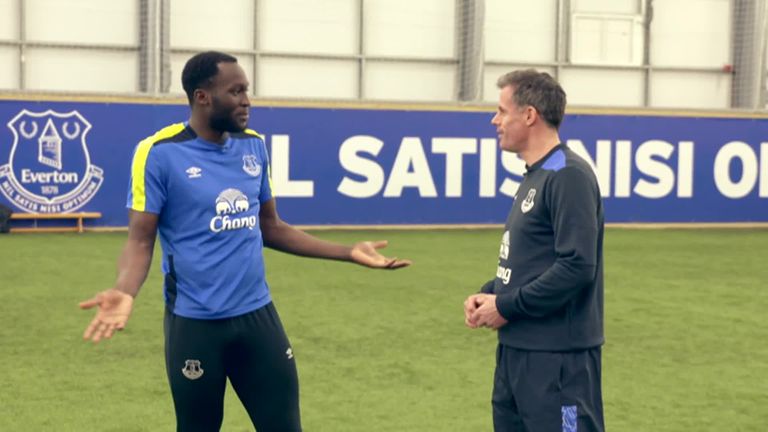 "It's hard for us to lose a player like Adam for four weeks, which could be eight games - it's a lot," Klopp told Sky Sports.

"Whoever thought it was a good idea to play Manchester City and Liverpool on a Sunday night and then Germany against England on the Wednesday - it makes no sense.

"We all have to start to work much better together: the FA, Premier League, television and the clubs because we're trying to sell the best product.

"City and Liverpool was one of the most intense games in the league. So you can't have the highlight games like that then Germany against England and this and that. We all do this on the back of the players and a lot of players got injured on this international break.

It is the second time Lallana has returned from England duty with a knock after he broke down with a groin problem in the friendly game with Spain in November, which kept him out for several weeks.

We talk to fans from Merseyside about this weekend's derby between Liverpool and Everton, live on Sky Sports

After this latest setback, England manager Gareth Southgate reportedly called Klopp to ensure there was no ill feeling following the untimely injury to Lallana.

Klopp admits he has no issue with Southgate as he understands the new Three Lions boss is under pressure to pick his best players.

He said: "I don't blame anybody for this, especially not Gareth Southgate - I like him, we've had a few meetings. As a manager, I respect it's absolutely his decision to pick him. The media put him under huge pressure to pick the best line-up. If he had left Lallana out against Germany - the press would have asked 'do you want to win?'"