Liverpool's struggles without Sadio Mane: Reds are winless in the Premier League without top scorer

Liverpool continued their worrying run this season of not winning in the Premier League without Sadio Mane after dropping yet more points at home to Bournemouth on Wednesday night.

The Senegal international, who joined the Reds from Southampton last summer for an initial £34m, injured his knee in Saturday's 3-1 Merseyside derby win over Everton at Anfield.

Liverpool manager Jurgen Klopp gave an update on Mane's fitness prior to the club's league clash with Bournemouth, with the German casting doubt on whether his star man will feature again this season.

"Sadio is not involved [against Bournemouth]. I cannot say more than I said on Tuesday, but it doesn't look good and that's how it is," Klopp told the club's official website.

"It doesn't look at the moment like he could play one more game this season, but if somebody wants to surprise me with positive news then I am open for this. We will see.

"There is no final judgement. We have to wait for more assessments and then we will know more."

However, if Mane is unable to play again this campaign, then Liverpool may struggle to finish in the top four of the Premier League and qualify for next season's Champions League. 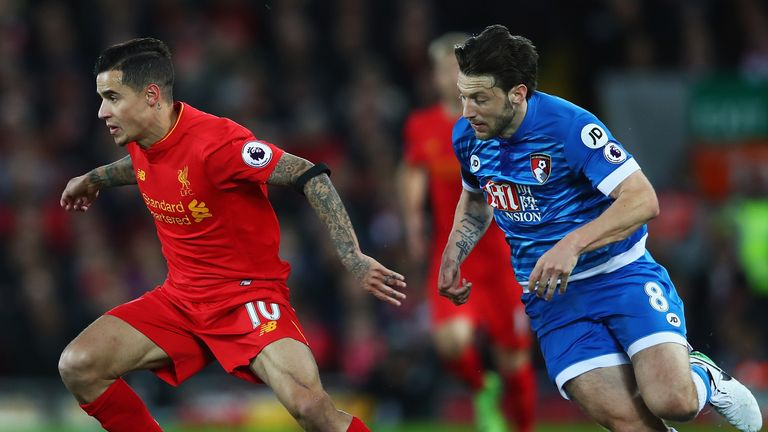 That is because the Reds have so far failed to win any of the four league matches that Mane has not been involved in so far this season.

The forward, who has contributed an impressive 13 goals and six assists in 27 top-flight games in his debut campaign at Anfield, was forced to miss three league encounters in January due to his country's involvement in the Africa Cup of Nations.

Klopp's side drew 1-1 at top-four rivals Man Utd, before suffering a shock 3-2 loss to then bottom-of-the-table Swansea City at Anfield.

The Reds completed a winless January in the Premier League after drawing 1-1 at home with Chelsea, a result that all but ended their already faint title hopes.

Mane's influence on the team was immediately seen on his return, with the all-action 24-year-old scoring in vital home wins against Champions League-chasing rivals Tottenham Hotspur, Arsenal and Everton, before injury struck in the latter fixture.

Liverpool's worst fears, though, were soon realised when in the very first contest without Mane in their starting line-up, they failed to beat midtable Bournemouth, meaning they have now collected just two points from four league matches without their top scorer.

However, just as concerning for Klopp is that in those fixtures in question, on average the club are scoring less, conceding more and collecting fewer points per game.

In fact, in total Liverpool have won only three times in 11 games in all competitions so far this season without their big-money summer acquisition, again underlying his importance to the team.

But with seven Premier League matches still to play and Mane highly unlikely to take part in any of those, Reds fans will be anxious that their side starts reversing that worrying trend, and quickly, if they want to realise their Champions League dreams.