Mohamed Salah worth £150m if Liverpool decide to sell him, says Tony Cottee

Mo Salah scored four goals in Liverpool's 5-0 drubbing of Watford and Tony Cottee is convinced he would be worth £150m if the Reds decided to sell him.

Mohamed Salah would be worth around £150m if he was to leave Liverpool in the summer, according to Tony Cottee.

The Egypt international scored four goals for Jurgen Klopp's side in their 5-0 demolition of Watford on Saturday to take his tally for the season in the Premier League to 28.

Real Madrid have been linked with a move for Salah and with Philippe Coutinho having cost Barcelona £146m to prise the Brazilian away from Anfield, Cottee is convinced Salah would command a similar fee.

"Coutinho went for £146m and I think Liverpool would want a similar amount to even consider it (selling Salah)," Cottee told Premier League Daily.

"Even then, he has only just arrived at Liverpool, has had a fantastic season, so would he want to leave at the moment? 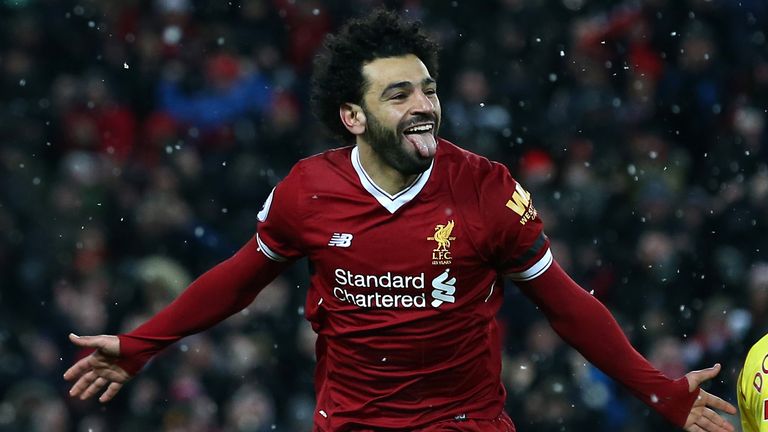 "Liverpool are looking to build and move things and if they can beat Man City, they will fancy themselves in the Champions League.

"There's a lot going on at the football club and I don't think Mo Salah will want to leave but, if he did, I think they would want at least £150m for him."

Cottee also sees comparisons between Salah and Lionel Messi, although he believes Salah must prove his class on a consistent basis over a number of seasons for him to be mentioned on the same level as the Argentina international.

"It's always hard to compare someone with Messi but they're [both] left-footed, he's got that little scampering run that Messi's got, he's certainly got some of the skills," added Cottee.

"The one thing you can say about Messi is he's done it over the last 10 or 12 years. Mo Salah, as great as he's been, it's his first season [with Liverpool] in the Premier League and you have got to do that consistently over four or five seasons.

"But in terms of a debut season, he has been absolutely fantastic."

Following an impressive start to the season, Cottee was backing Manchester City playmaker Kevin De Bruyne for the crown but Salah's form has convinced him to back the Liverpool player instead.

"If I was voting for the PFA Player of the Year, I would vote for Mo Salah," said Cottee.

"The issue might be that the votes were taken in about February and we are now in the middle of March but he has brilliant all season.

"I am sure he will be very popular and I am sure there will be only two in it - De Bruyne or Mo Salah -and I think Salah will win it now."