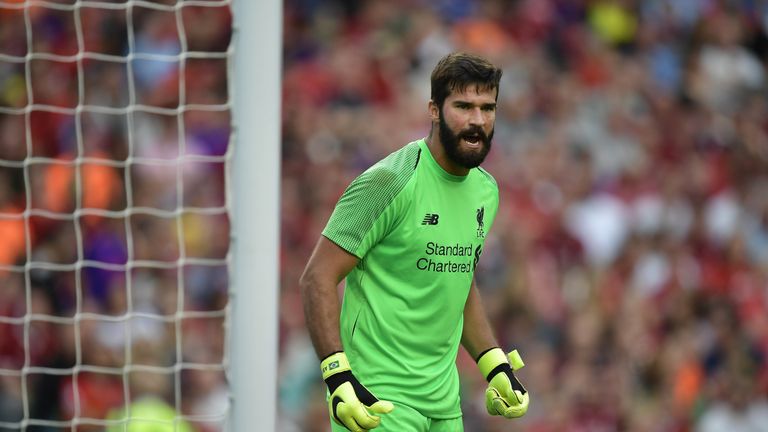 Liverpool have addressed the problems in their squad, says Jamie Redknapp, who has earmarked them as Premier League title contenders.

Jurgen Klopp has brought in four signings so far this summer to strengthen in key areas, including goalkeeper Alisson and midfielders Fabinho and Naby Keita.

Former Liverpool midfielder Redknapp praised the club for bringing in the bodies they needed and welcomes the pressure that is now on Klopp to succeed.

"What I like about Liverpool is that they've addressed problems. He [Klopp] hasn't messed around," Redknapp said on The Debate.

"He knew he had to get a goalkeeper and he did it early. In defence, he knew he needed to strengthen and bought the best in Virgil van Dijk. He cost £70m but I reckon you could sell him for a lot more than that now. He's been brilliant for that back four, he's made everyone look better.

"Liverpool will concede goals because it's a consequence of how they play. They are so attacking and sometimes they leave gaps in the midfield and it's hard for whoever is in that area but I'd rather have that type of football - that's what you want to see. I think Man City, Liverpool and Tottenham when they're at their best are a joy to watch.

"Of course you want to win something and there's pressure every single year as a manager. You only need one or two bad seasons and it's all over. I like this pressure Klopp is under and they look like contenders.

"With the players they've bought in, I don't know what else they could have done. They always seem to buy players and Klopp turns them into stars and match winners and players that will be worth so much more than they already are.

"There is a pressure to a certain extent but it's a positive pressure."

Liverpool finished fourth in the Premier League last season - 25 points behind winners Manchester City - but did beat them in three of their four meetings in all competitions.

While Redknapp believes City will once again lift the title in the upcoming campaign, he does think Liverpool will be their closest challengers.

"There's no point in going into a season not thinking you can win, being unhappy and moaning, having a poor pre-season - a bit like what's happening at Manchester United," he added.

"In Klopp, I'm looking at a manager who fancies his chances this year. They did a number on Man City in three of the four games they played and they've got a goalkeeper.

"If you look at the difference a goalkeeper made for Man City last season and now for Liverpool to get Alisson - yes you paid top dollar for him - but he'll make a huge difference."