Jose Mourinho has described Mohamed Salah as "nuclear strength" for Liverpool as Manchester United prepare to face their rivals on Sunday.

Mourinho managed Salah at Chelsea but the Egyptian was never able to secure a regular first-team place at Stamford Bridge, playing just 19 times for them in total as well as being loaned out to Fiorentina and Roma.

An impressive permanent spell followed in Serie A with Roma and that led to Liverpool paying £34m to sign him in June 2017 before he went on to win the Golden Boot with them last season and score 44 goals in all competitions for Jurgen Klopp's side.

Mourinho insists Salah is a different player to the one he worked with at Stamford Bridge but admits he is the player United will have to stop when they face Liverpool at Anfield in Sunday's big Premier League match, live on Sky Sports.

"The Salah I knew at Chelsea was a project player. Now he is one of the best in the world," said Mourinho.

"He has developed incredibly well since then on every level. He was a fast fragile boy and how he is a fast strong man, physically amazing.

"He was not psychologically adapted to the Premier League when he came from a small club in Switzerland [Basel] to a big club in England.

Liverpool vs Manchester United preview: Jose Mourinho to 'fight for victory' at Anfield

"I played him at White Hart Lane and The Eithad and it was too much for him. Now he plays anywhere, Barcelona, Madrid, and he's like 'I am Mo Salah and I am afraid of nobody.'

"Liverpool have many strengths but he is a nuclear strength."

United's defence managed to shackle Salah as they drew 0-0 at Anfield last season before winning the return match at Old Trafford in March 2-1.

Mourinho highlighted the greater adaptability in the Liverpool forward line this season, however, something that may cause problems for a defence without the injured Victor Lindelof and Luke Shaw. 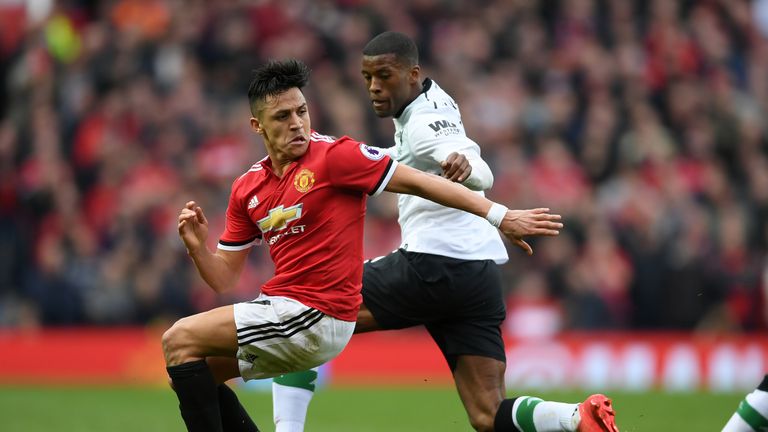 John Barnes says form will count for nothing when Liverpool meet Manchester United at Anfield on Super Sunday.

"Last year, they had Philippe Coutinho playing as a fake left-sided player, coming inside to play between the lines.

"Now Salah sometimes plays from the right, at other times he plays as the striker with [Roberto] Firmino dropping behind him. They have so many possibilities to get the best out of Salah.

"We analyse our opponents, their strengths and weaknesses, in every game and when you go to Liverpool you have to speak and think about Salah. Of course we do.

"We have to think of the best way to cope with a fantastic player like him and at least try to give him a difficult match."