Klopp also says Liverpool have 'no problem with confidence' 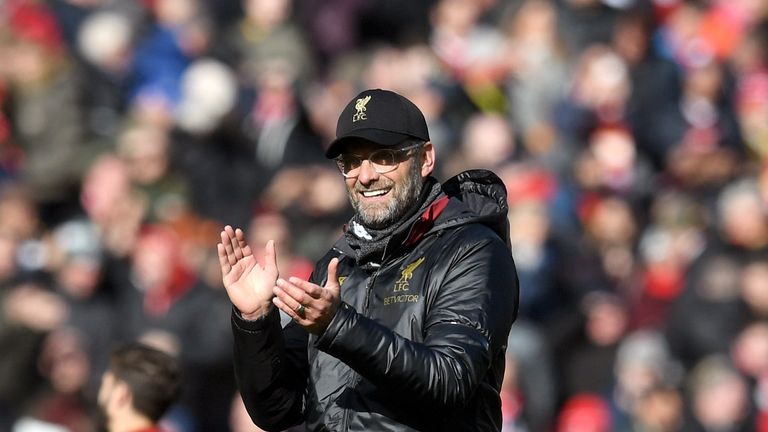 Jurgen Klopp declared "nobody gets rid of us" after Liverpool beat Burnley 4-2 to maintain their Premier League title challenge.

Roberto Firmino and Sadio Mane both scored twice to secure victory at Anfield.

The win sees Liverpool close the gap on Premier League leaders Manchester City to one point with eight games of the season left to play.

And Reds boss Klopp said: "The message for the day: nobody gets rid of us if we play as we played today.

"We had the perfect mixture from fighting the opponent, fighting the circumstances, and playing football. I liked it.

"We have to make sure we stay in a really interesting competition at the top of the table." 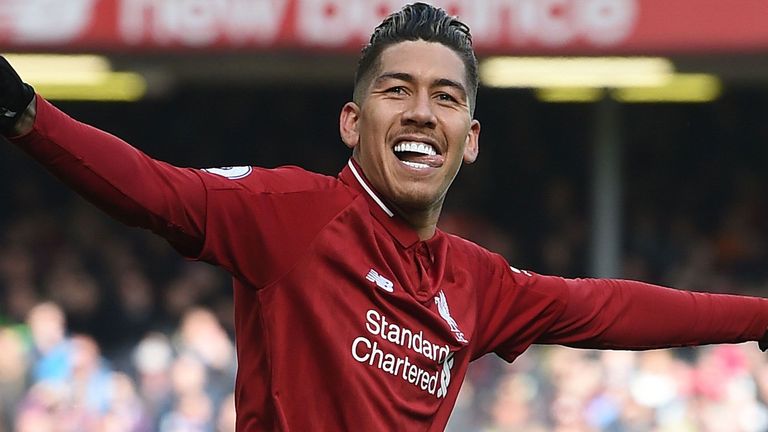 Having failed to score in three of their previous four matches, Liverpool's attack returned to form with two goals in either half against the Clarets.

"We score five and you make a big fuss and say we are the best attacking team in the world, then we score none and have an offensive problem. Today Mo Salah was the best player on the pitch and didn't score.

"We have no problem with confidence, we are in a good moment."

Liverpool had to come from behind against Burnley after Ashley Westwood scored direct from a corner in the sixth minute.

Goalkeeper Alisson appeared to be impeded as he tried to get the corner, and Klopp thought the goal should have been ruled out.

"Usually it would have been disallowed, maybe if the referee had a better view, I don't know exactly. I saw it at the first moment it's a foul and then you see the pictures and you cannot treat the goalkeeper like this.

"If Andre Marriner had a better view he probably would have whistled, I think. The referees try everything to whistle at the right moment.

"The good thing is it was early so enough time to react and turn it around, that's what we did. We had the ball pretty much all the time and had 23 shots vs four."