Sadio Mane will resume training ahead of Liverpool's Premier League opener versus Norwich, following his delayed break after playing for Senegal in the Africa Cup of Nations.

The forward, who has 60 international caps, scored three goals and featured in all but one of Senegal's AFCON 2019 matches.

Mane is finishing his 16-day post-season break after helping his country reach the final of the tournament, which they lost 1-0 to Algeria in Egypt on July 19.

He is Liverpool's only absentee ahead of their Community Shield game against Manchester City on Sunday.

Mane, who scored 26 goals in 50 appearances in all competitions for Liverpool last term, will link up with the rest of the squad on Monday, and is in contention ahead of their 2019/20 Premier League season opener against Norwich on Friday night.

Regarding the 27-year-old's fitness ahead of the season, Liverpool boss Jurgen Klopp said: "Sadio had 16 days off, he will be in a good shape.

"He doesn't drink, he doesn't eat too much, he had a training programme.

"Maybe after 10 days probably he started with a little bit of running, so I think he will be fine. But we have to see."

Jurgen Klopp's front trio of Mane, Roberto Firmino and Mohamed Salah have all had busy summers playing for their respective countries at major tournaments, coming after Liverpool's late finish to the 2018/19 season with their Champions League victory on June 1. 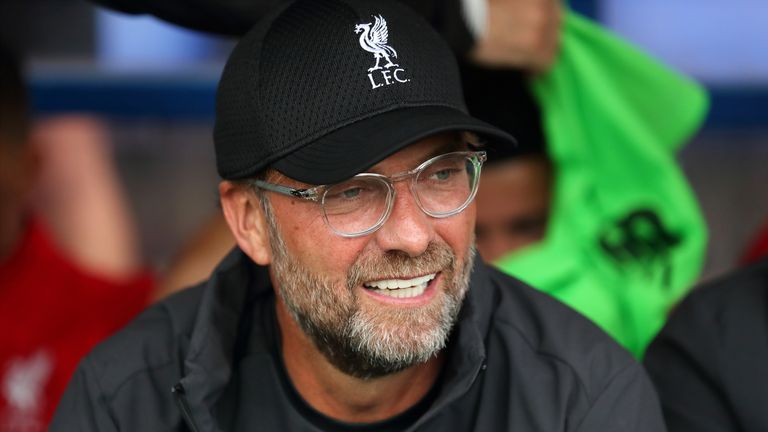 The club have confirmed Mane's condition will be assessed prior to the start of the Premier League season.

Watch Liverpool vs Norwich on Friday Night Football from 7pm on Sky Sports Premier League on August 9; Kick-off is 8pm