Liverpool duo Fabinho and Joel Matip back in training 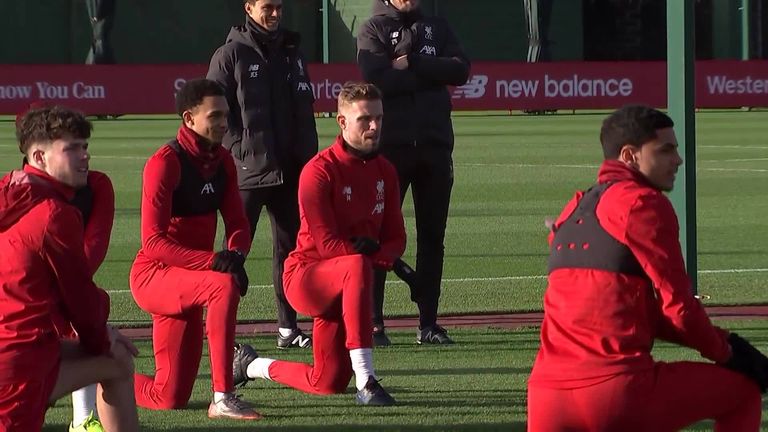 Liverpool duo Fabinho and Joel Matip returned to full training on Wednesday ahead of the Super Sunday clash with Manchester United.

Midfielder Fabinho has been out since an ankle injury forced him off in the 1-1 draw with Napoli on November 27, while centre-back Matip has not played since Liverpool last met Manchester United on October 20 when he suffered a recurrence of the knee injury he first picked up in the win at Sheffield United.

Dejan Lovren is also recovering well from his hamstring injury but the defender has not returned to full training yet.

Nevertheless, his comeback is not too far away which has enabled Red boss Jurgen Klopp to send Nathaniel Phillips back on loan to Stuttgart after he was recalled for the Merseyside derby in the FA Cup and to provide cover from the bench against Tottenham.

It means Klopp is now close to having his four main centre-backs fully fit.

Fabinho can also cover there if required, but his return to fitness is more significant in midfield as it will enable Jordan Henderson to revert to a more attacking midfield role at a time when Naby Keita and James Milner are sidelined.

Liverpool are not quite back to full strength but they are stronger in numbers than they have been for a while and, bearing in mind they remain unbeaten in the Premier League and have only dropped points against Manchester United so far this season, that is pretty ominous for the rest of the Premier League.