Public health boss Matthew Ashton tells Sky Sports News: "In retrospect, it was a bad decision and one that we shouldn't have taken" Matthew Ashton, the director of Public Health Liverpool, believes Liverpool's Champions League match against Atletico Madrid should not have taken place because of the spread of coronavirus

Liverpool City Council's director of public health Matthew Ashton is convinced the Champions League game against Atletico Madrid should not have gone ahead.

MPs in Liverpool were among those questioning the wisdom of allowing 3,000 supporters from coronavirus-hit Madrid to travel for the last-16 second-leg fixture at Anfield on March 11.

Ashton, in place to co-ordinate Liverpool's response to the pandemic, told Sky Sports News: "In retrospect, it was a bad decision and one that we shouldn't have taken. I don't think that match should have gone ahead.

"It's always easy to make those decisions in retrospect and there's not a lot we can do about it right now.

"It's something we need to make a note of and look back at when this situation is over.

"These are decisions that have been taken at a national level, either by the government or the national sporting bodies." 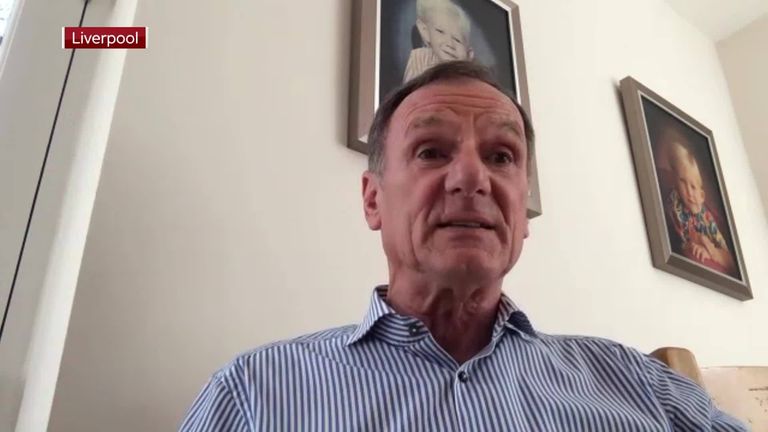 Phil Thompson believes the Premier League's proposal of a 30 per cent wage cut is fair, and has urged the PFA to respond swiftly

Ashton also stated that fans coming over from Madrid may have been one of the factors that saw cases of coronavirus in Liverpool rise sharply.

There were just 14 confirmed cases of COVID-19 in Liverpool on March 20, but that number had risen to 309 less than two weeks later.

"Although we will never know, the Atletico Madrid game could have been one of the cultural events and gatherings that influenced the rise in Liverpool," Ashton told The Guardian.

The day before the match, which Atletico won 3-2 after extra-time to prevail 4-2 on aggregate in front of 54,000 fans, La Liga had announced all fixtures in its top two divisions would have to be played behind closed doors.

Since then, all of the major European leagues have been shut down, with the Premier League confirming following a meeting on Friday that matches will not resume in early May as had been initially hoped.