Mohamed Salah: I want to stay at Liverpool for as long as I can

Jurgen Klopp has previously played down speculation linking Mohamed Salah with a move away; Salah says he is "100 per cent" committed to winning more trophies at the club; Watch Liverpool vs Burnley live on Sky Sports Premier League and Main Event on Thursday from 7:30pm; kick-off 8pm

Mohamed Salah has pledged his long-term commitment to Liverpool by saying he wants to stay at Anfield for as long as he can.

The Egypt international, the Premier League's top scorer this season with 13 goals, has a contract until the summer of 2023 and has said he wants to stay and continue to break records with the Reds.

However just before Christmas, the forward, in a rare interview, voiced his disappointment at not being named captain for their Champions League group match against FC Midtjylland and encouraged speculation by talking about the "great" clubs of Barcelona and Real Madrid.

Asked about his future by Norwegian channel TV2, Salah said: "I do not know. If you ask, I say I want to stay here as long as I can, but, as I have said before, it is in the hands of the club.

"I will always give 100 per cent to the last minute I am in this club and I want to win as many trophies as I can.

At the time, Jurgen Klopp played down the significance of the answers Salah gave on Barcelona and Real Madrid, although he admitted the club could not force people to stay.

"Mo is in a good mood and moment, shape and that is the most important thing. You would have seen him laughing a lot [today]. The rest is nice for you to write about but internally, nothing really [to say]." 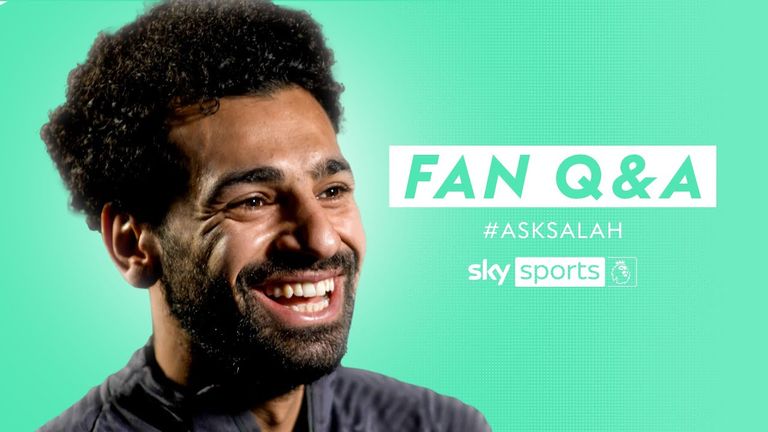 Sky Sports catches up with Mohamed Salah to ask him your questions in the latest episode of Fan Q&A.

After a run of four goals in four league matches Salah's blank in Sunday's goalless draw with Manchester United made it four games without a goal for the forward.

Klopp's side, who are fourth in the Premier League table and three points behind leaders United, face Burnley (January 21), United again in the FA Cup (January 24), Tottenham (January 28), and West Ham (January 31) before the end of this month. 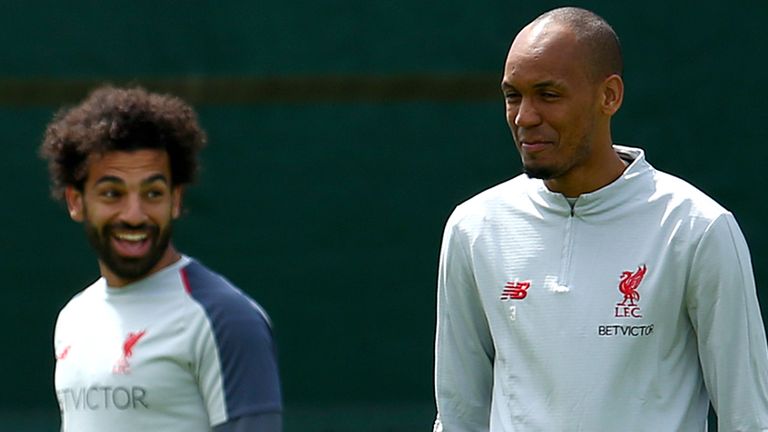 Liverpool dominated possession and had more shots than Manchester United at Anfield on Sunday but there will still be an element of relief that they escaped this match against their great rivals with that now 68-game unbeaten home record intact.

It is not just that Alisson had to come up with two excellent saves or the fact that Fabinho had to defend expertly to deny Bruno Fernandes and Marcus Rashford in the closing stages.

This goalless draw does not knock United off top but it does keep the gap between the teams down to just three points with 20 games remaining. It kicks the question down the line. Liverpool might reasonably expect United to fade. They can hope Manchester City will not take advantage. The title defence is just about on course.

Maybe that is enough given the circumstances. Two midfielders at centre-back. Xherdan Shaqiri making his first Premier League start for over a year. "It is a team that is settled against a team that is shuffling things around and that is not what you want for a game like this," Graeme Souness told Sky Sports beforehand.

All of which would make some sense if it had been Liverpool's defence that had creaked under the pressure of facing perhaps the best counter-attacking team in the league.

Instead, it was the forwards who failed to deliver. That is a worry.