Klopp says of chants aimed at Billy Gilmour at Norwich: "We can decide now: this is not our song anymore. I'm not sure if people listen to me but it would be nice.... It's easy to decide not to sing the song anymore" 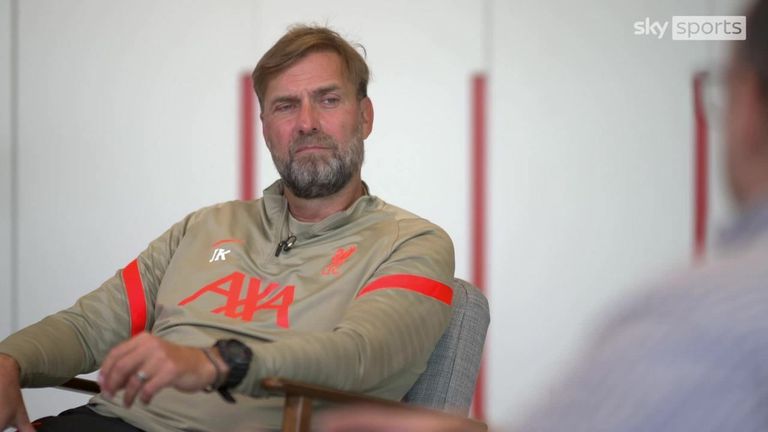 Liverpool manager Jurgen Klopp has urged Liverpool fans to put an end to homophobic chanting, telling them: "I don't want to hear it anymore."

Chelsea midfielder Billy Gilmour, 20, on loan at Norwich, was targeted with chants of 'Chelsea rent boy' by some fans during Liverpool's 3-0 win at Carrow Road

Liverpool immediately branded the chant as "offensive and inappropriate" - something they also did in April 2019 when it was heard widely at Anfield during Liverpool's 2-0 win over Chelsea.

The Reds take on Chelsea again, also at Anfield, on Saturday August 28 and Klopp has made it clear the chant has no place in football.

"Why you would sing a song that is against something in a football stadium? I never got that," he said in conversation with Paul Amann, the founder of Liverpool LGBT+ fans groups Kop Outs.

Klopp met with Amann to discuss the incident in an interview released on Thursday on the club's website.

"I never liked it and I don't like this," he added. "Especially in our case, we have probably the best songbook in the world.

"It's easy to decide not to sing the song anymore.

"I heard it. It's from no perspective the nicest song in the world, so it's not necessary. It obviously makes people uncomfortable of our own fan group. For our supporters group and for me, that means: done, let's go for another one.

"I can imagine now that people out there think now, 'Come on, it's only winding them up' and stuff like this. But that's the problem: most of the time we don't understand."

Amann outlined how many of Liverpool's chants encourage solidarity and support within the fanbase, while specific chants - like the one aimed at Gilmour - do the opposite.

Klopp continued: "So, we can decide now: this is not our song anymore. I'm not sure if people listen to me but it would be nice. I don't want to hear it anymore for so many reasons.

"From a player or coach perspective, I can say these songs don't help us as well. It's like a little bit of a waste of time. It's definitely a waste of time because we don't listen.

"I hear in the stadium when they start singing Bobby Firmino, Mo Salah, You'll Never Walk Alone obviously, all this kind of stuff. That gives you goosebumps, that gives you a push. The other songs are a complete waste of time.

"If you think what you sing: you are an idiot. If you don't think about what you sang in that situation: it's just a waste of time, forget it and go for another song."

Earlier this week, Amann said it was "deeply disappointing" to hear fellow Liverpool supporters engage in the chanting after efforts in recent years to educate fans about the use of the term 'rent boy'. 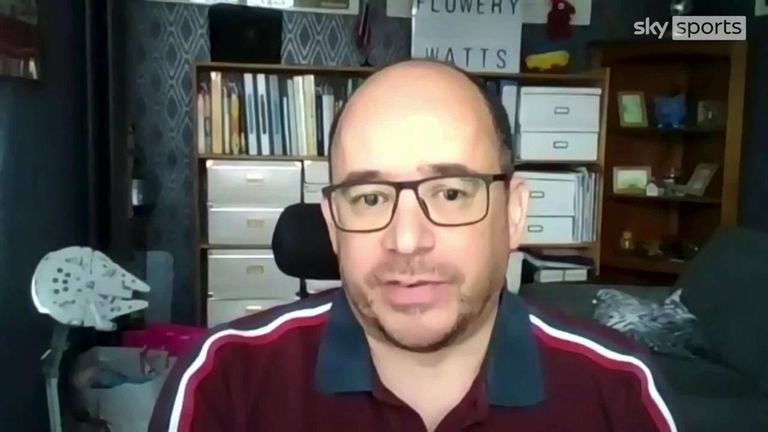 "You'll Never Walk Alone is an amazing anthem but to hear some of our own fans chanting in a way which leaves us feeling very alone is not on," he told Sky Sports News.

Asked whether he believed fans were willing to be educated and refrain from such behaviour, Amann added: "The response to our tweet and the club's tweet has been absolutely enormous.

"It has been viewed over two million times and the vast majority of fans are supportive, they are engaging, they are realising, when they didn't, that actually that chant is quite homophobic.

"There are a few diehards, who quite frankly are somewhat in the stone ages on issues like this, but the vast majority are listening, and they are more than prepared to act as good allies in the future and to call it out and ask their fellow fans to tap them on the shoulder and say, 'don't chant that nonsense'."